I hate picture day. Jaden told his teacher yesterday, "we shouldn't do pictures, it's a waste of money, we should just have our mom's take our pictures". Um, I agree, until I see this.... 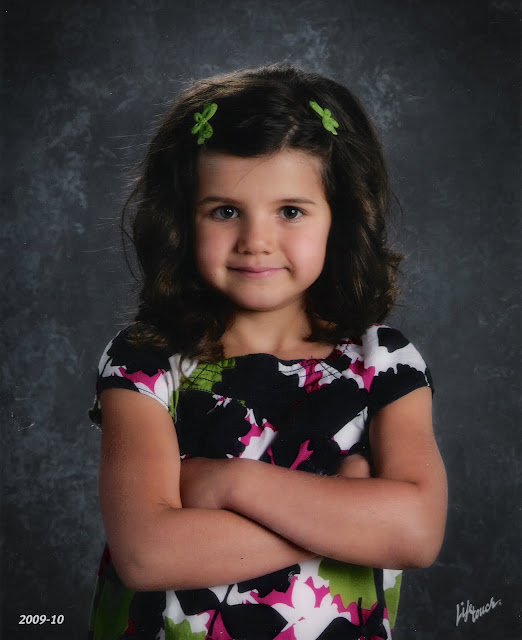 Seriously Kam? Could you be more adorable? Here's how picture day morning went in the Mulder home.
I asked the kids if I could pick out their clothes today. The boys kind of agreed, and Kam FULLY agreed because most of her clothes have been confiscated because she doesn't take care of them and she knows I'd dress her in something cute that she's lost if I pick it out...which was true. Jaden told me, "no collars, and I want to wear shorts". So I picked out 3 shirts that are the same (different colors) for him to chose. Boston, I just said, "how about the superman shirt" and he was happy. So as they are all getting ready, I get Pearcen out of his seat and put him on the ground to roam like he does every morning as the chaos continues. About 3 minutes later, when I'm curling Kam's hair, I hear "bllaaah"...yup, Pearce threw up, and what did he throw up but some WHOLE pieces of sausage and egg....really Jase? you're feeding our 1 year old with 2 teeth big chunks of sausage and egg? If I didn't HAVE to clean it up right away, he'd be doing it during his lunch break. To top it off, when I got him in the bath, he had a comletley FULL diaper....but a huge smile, so I can't deny him some love. So that happened about 5 minutes before the bus comes. Kam threw on her clothes, and looked ABSOLUTELY adorable. I can honestly say, she was the cutest girl on the playground when I drove by it today.
Which brings me to child #2...Jaden came in with one of his shirts on...he picked brown, I told him he had it on backwards, so I checked out the back (which was really the front) and reminded him that it's dirty, it doesn't get clean unless it gets put in the dirty clothes. She he went to shirt #2...wahlah! Lovely. Then the hair...he's very picky about this hair anymore. But I do believe he might have been the best looking Boy on the playground.
Ahh, and Boston, he does everything right when he's told, so he usually has time to play out in the garage, which he was doing, and I though the got on the bus with Kam, but no, he didn't, so I had to drive him...half way to school, he realized his sponge bob back pack was at home...turn around.
So we get him to preschool, BARELY on time and I realize he has two left flip flops on. Luckily, we're a very unorganized, messy family so he had 2 other pairs of shoes and a dirty pair of socks in the car. Ahh, it was all coming together nicely. He had on a long sleeved grey superman shirt, blue polo shorts with dogs all over them, and brown sneakers with ankle socks. Wow. Luckily the pictures are usually from the waist up.
I love picture day!
On a side note...this guy is a whole year older than this picture...... 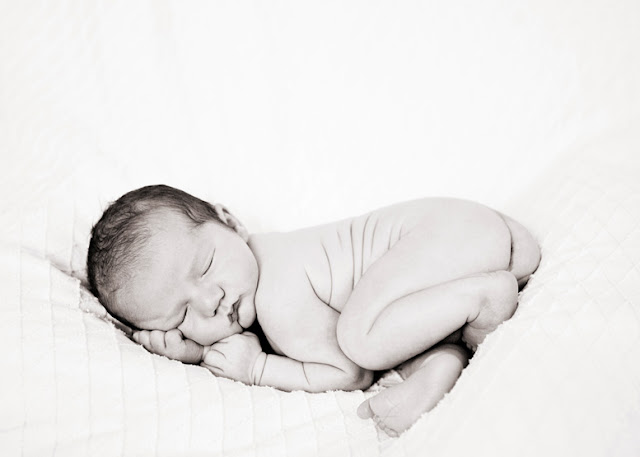 Wow he is one already!! Seems like yesterday we were both pregnant!