So I was just planning on taking pictures of the whole group last time, and they all jumped in and wanted their own shots…all but one….Mr. Incredible just sat in the background, patiently waiting, and wanting the whole thing to be over with so he could go back in and finish his game of wii batman.   I realized this later, after we put the costumes away out in the shed, but after a couple of friends pointed it out, I realized, I bettered do it!  So we did a Mr. incredible shoot!  I told him to pull some "incredible" moves.  And this is how it went….in proper sequence…. 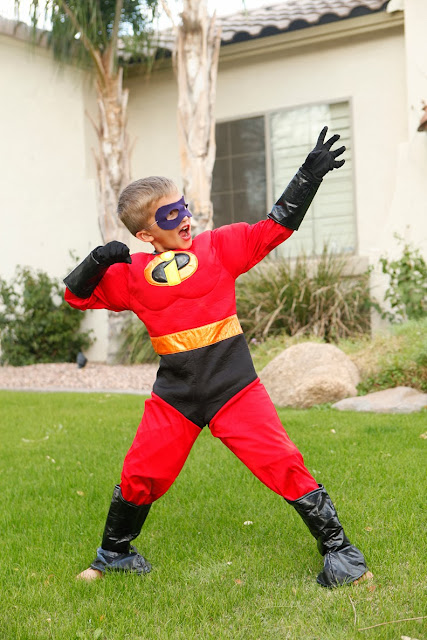 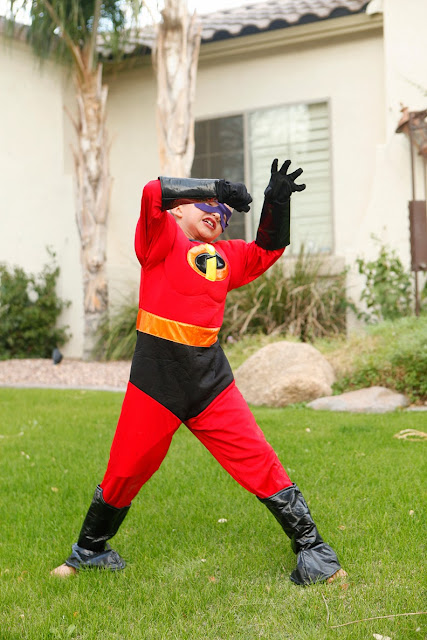 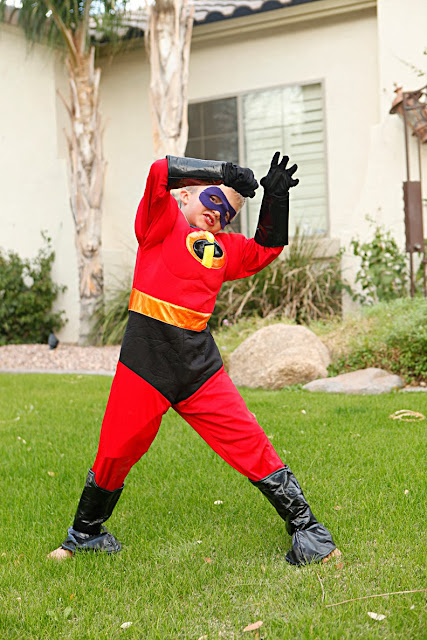 Until they get him down….then it doesn't look too good for Mr. Incredible…. 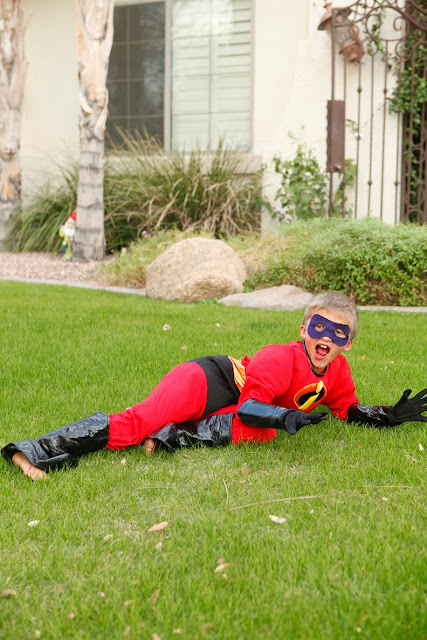 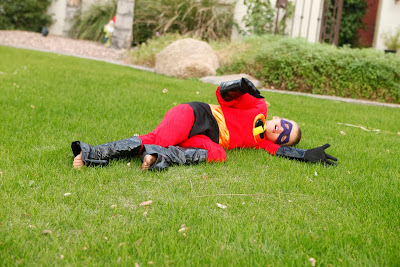 Suddenly , back in action!!! 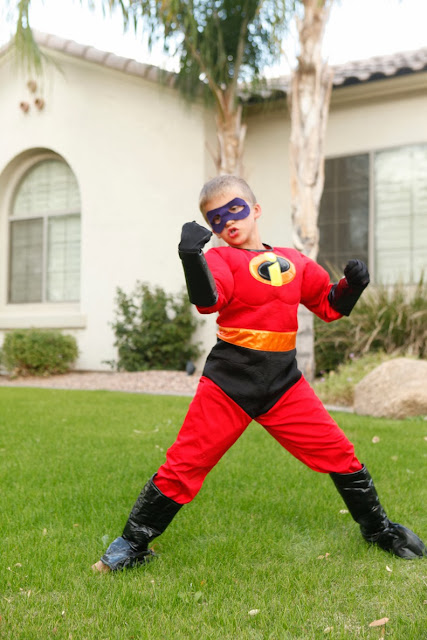 The crazy face of VICTORY!!!! 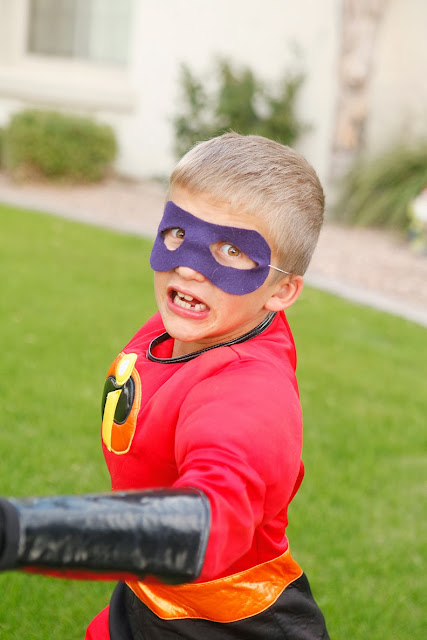 Posted by Kristal at 3:50 PM No comments:

Halloween and the missing children 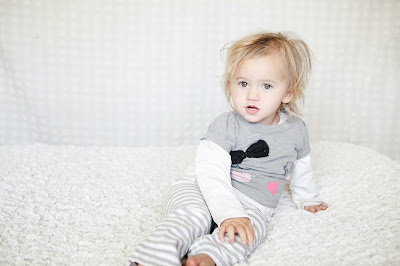 And of coarse, I'm 2 weeks late, whatever.  Halloween was a bit ridiculous.  Used to be one of my favorites…and I still dress up every year, and love getting the kids dressed up, but each year, when halloween is over, I'm a little more happy to move on.  ha!  This year we had a slight cop incident.  Kam and Boston took off with our neighbor girl and didn't let anyone know where they were going and didn't check in for over an hour and a half…so the neighbors had me call the cops…and of course, just as the cops pulled up, Jase came around the corner on his bike with the 3 hooligans. ugh!  Needless to say, we spent the better part of trick or treating time searching, and putting out FB messages and texts  and had about 30 people in the neighborhood searching rather than our big awesome plan that we had to convert our patio into a haunted area and have J chase the children away in his gorilla costume.  Aw well, the good thing about halloween is, it's just like my hair…it'll be back next year.  Anyway, cute kids, cute costumes.  Vivian and her elephant costume (yes, same as last year) got oohs and ahh's everywhere we went!  When we walked into Oregano's for lunch the entire restaurant stopped and ahhed her.  One gansta business guy said, "that's probably honestly, the most adorable little girl I've ever seen".  I agree. 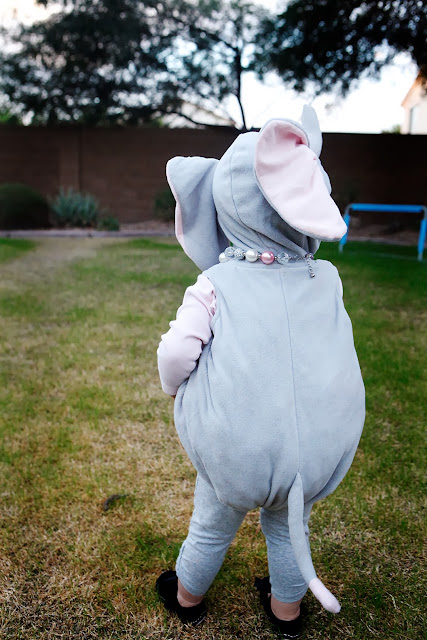 And I'm SO glad Pearce wanted to be the Cat in the Hat!  Boston was this a few years ago and I couldn't stop taking pictures…and same with Pearce. I think it's the cutest little costume..and I'm so glad it's not a costume that everyone is wearing.   Pearce was Spiderman for his little friend Halloween party, and of coarse, he wasn't the only spider there 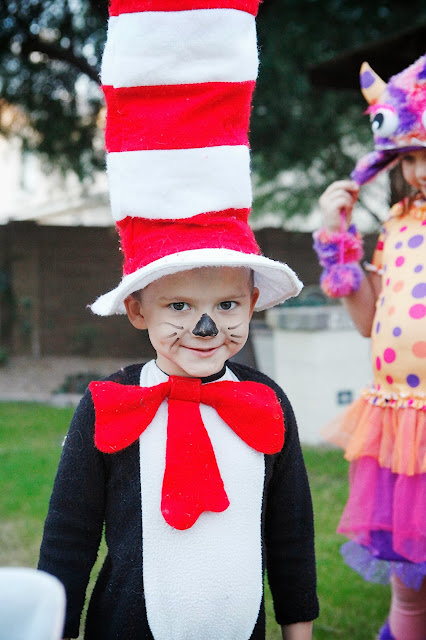 And this is the only costume we had to buy this year.  Kam wanted to be "the polka dot monster".  And it's adorable, and she's adorable, so we got it. 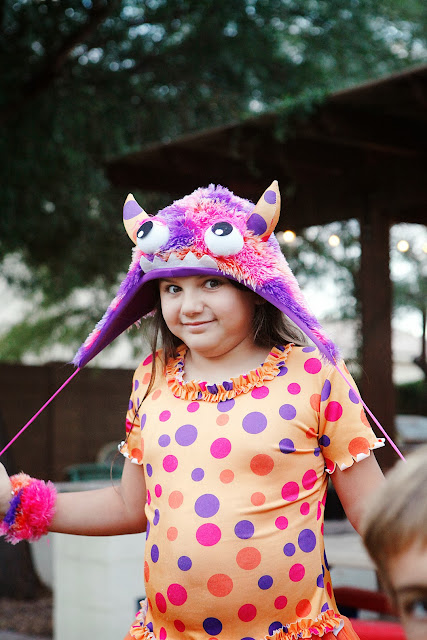 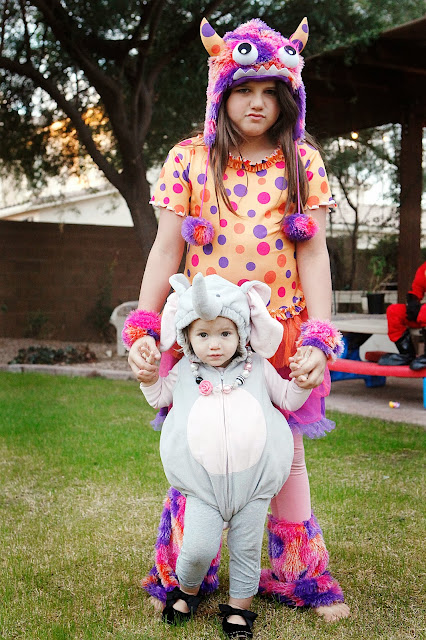 This guy wanted to be Luke Skywalker, so I borrowed a costume, and then we found this awesome Superman costume that I bought in the after halloween sales last year and he thought it was awesome. And seriously, what scrawny 11 year old doesn't want to wear a costume with built in muscles?! 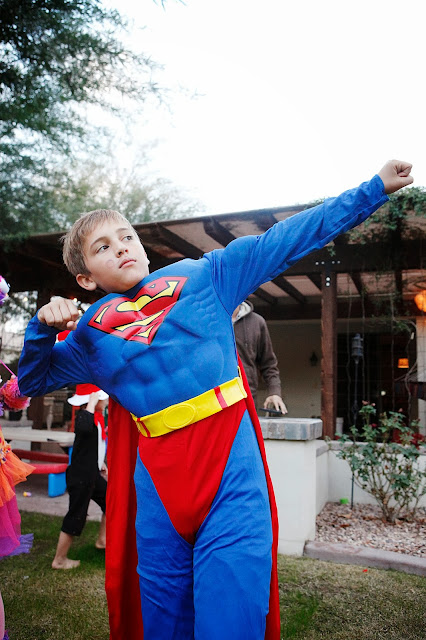 THis pose was all him…. 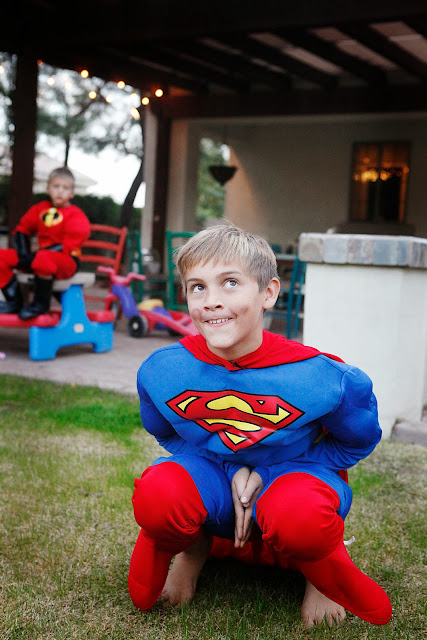 Seriously like these 5!  I'm sad that next year will probably be our last year to get everyone in on the action of the Family theme year of dressing up.  Gotta make it good!  But I LOVE what they all chose for their year of choosing their own.  They're awesome!!! 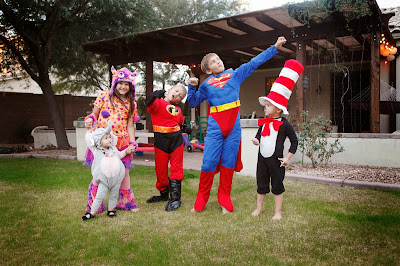 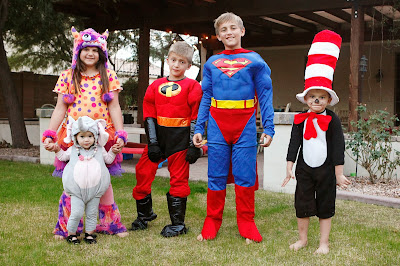