So, I posted about ONE day of this trip and then totally spaced the rest, and it was SUCH a great family trip.
It's completely out of order, but we spent an hour or so at the San Diego temple on Sunday.  It was a perfect day to be there.  The weather was great and the kids were being good. 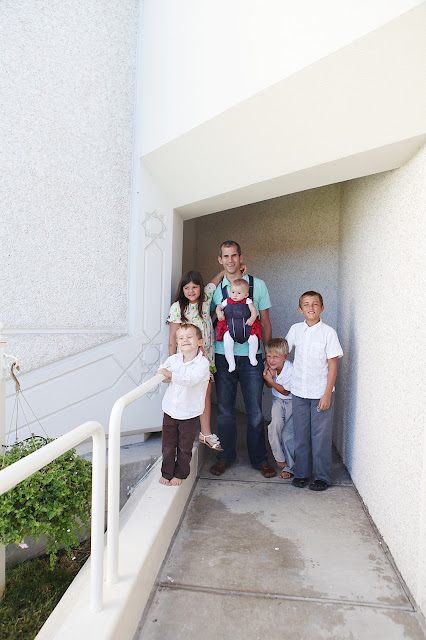 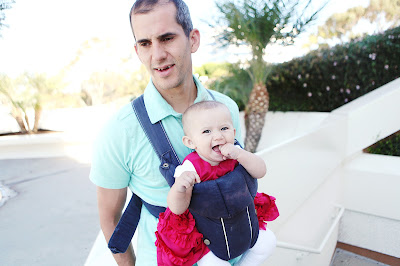 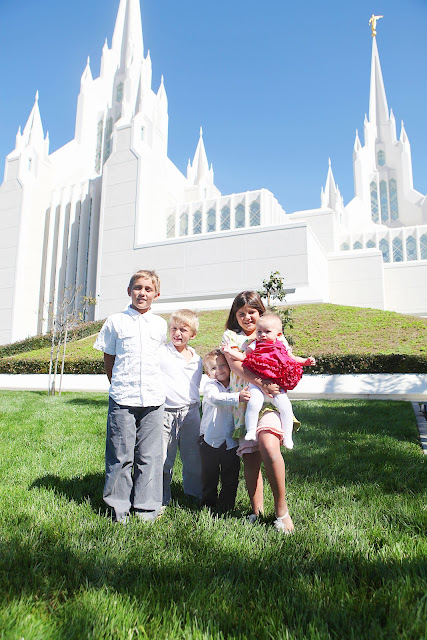 And the Friday before we went to Legoland!  We've wanted to take the kids there for a couple of years now and we found some awesome deals on tickets from our friend so we snatched it up and went! 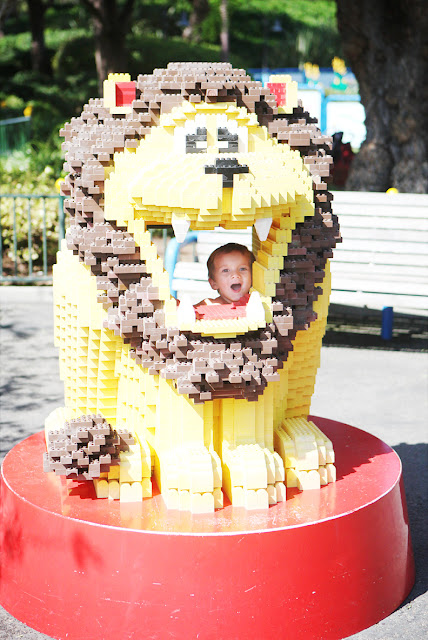 Of coarse Pearce and Boston loved it the most.... 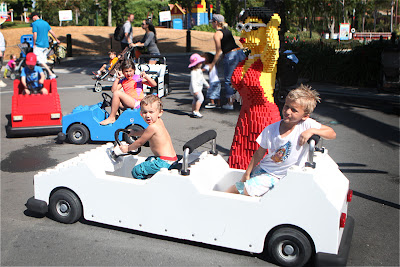 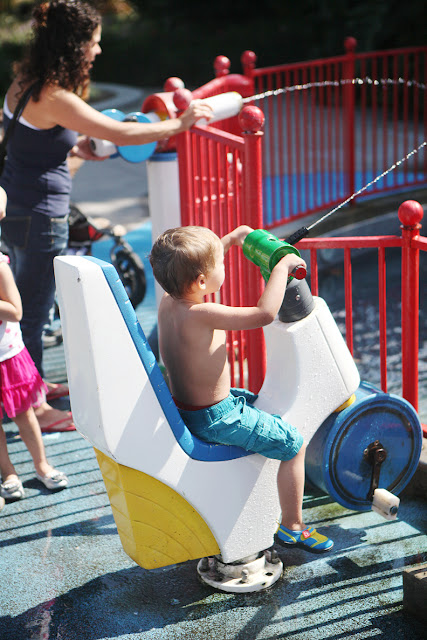 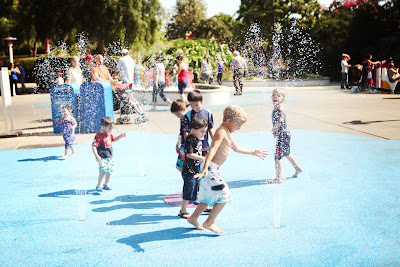 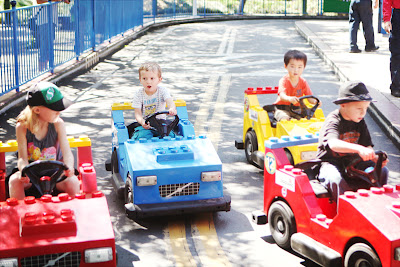 Ok, and not to brag...wait, yes to brag...this guy was one of only 2 kids (all between the ages of 2-5) that didn't need the workers to help him get around the track a billion times.  He's an expert driver! 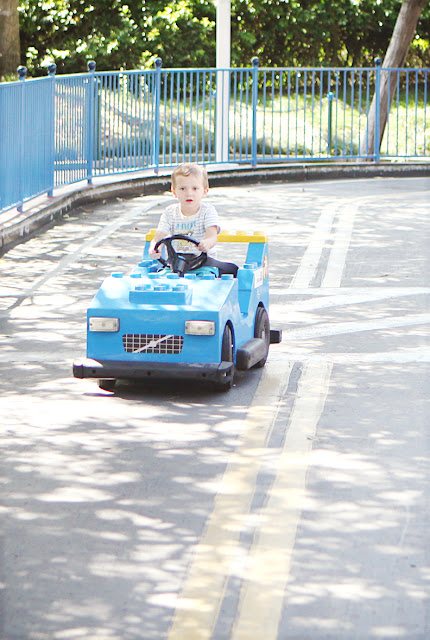 This girl cracks me up.  She wants to try everything out, but likes to act embarrassed when things are "cool", even if she's loving it! 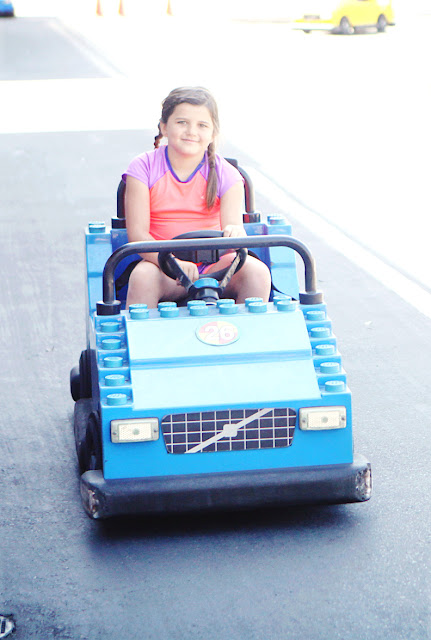 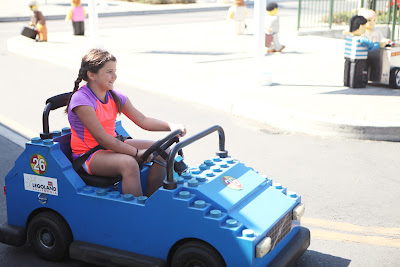 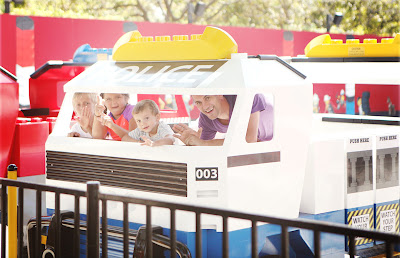 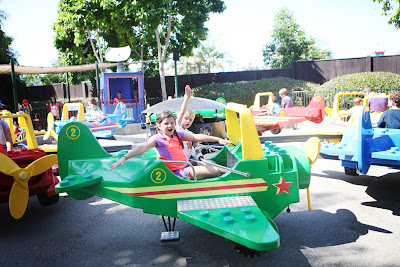 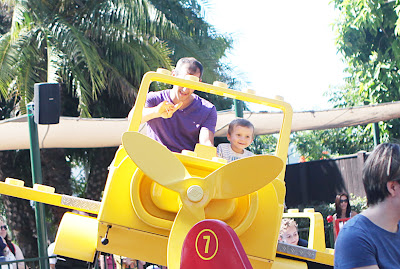 This was our least favorite ride...long line, boring ride.... 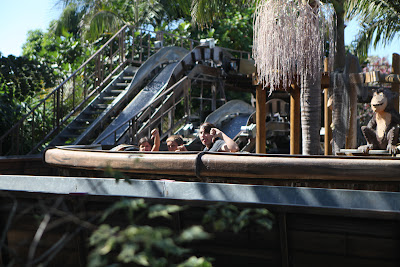 This was quite the scary ride for a little guy...as you can tell by his face. 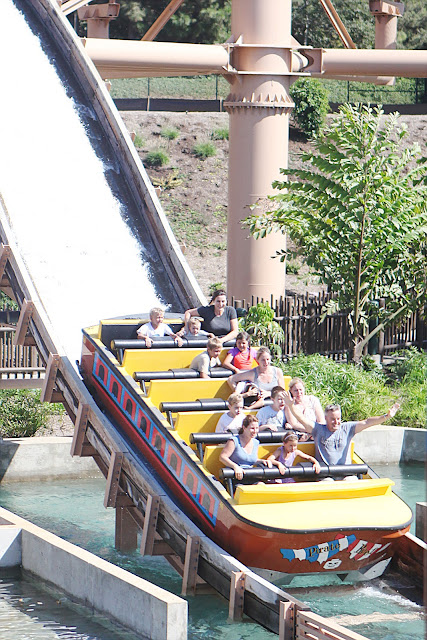 And we played road games the whole way to Cali for quarters, and I believe each kid ended up with $12-$16 to buy what they wanted to at the amusement parks...Boston spotted this hat early in the day but wanted to see if there was anything else, and there wasn't, so he headed back to this spot at the end of our day and the shop had closed!!! We were devastated!  But we found a worker and she was nice enough to open it up for him and let him buy his awesome headlamp lego hat. 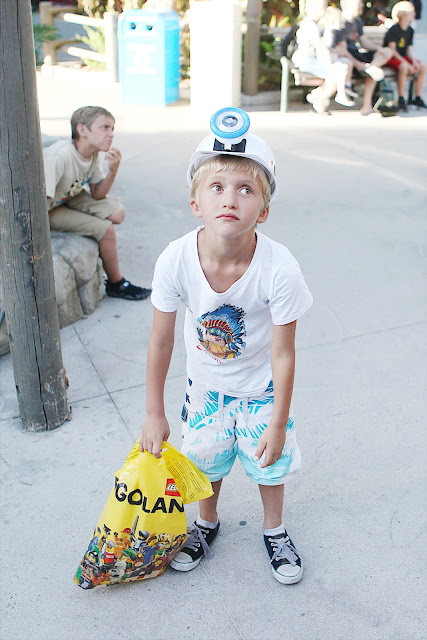 Jaden making the most out of the kiddie slide...atta boy! 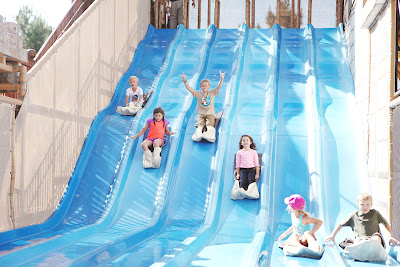 Another pose with the coveted hat (which still....6 months later, is coveted) 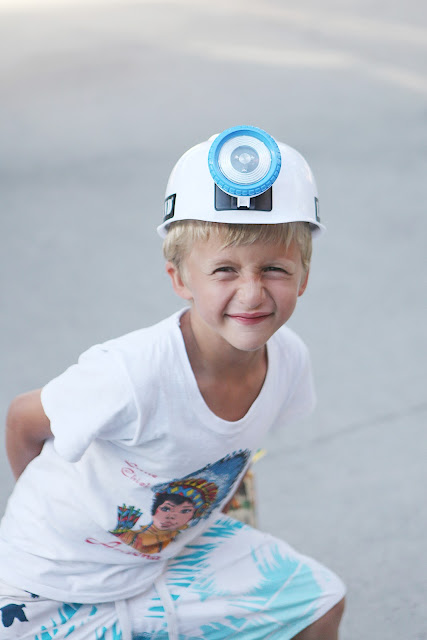 And then we had to say our goodbyes...our sad, (Jaden) sad goodbyes. 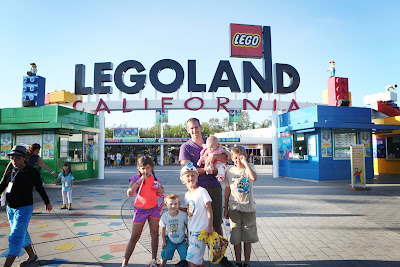 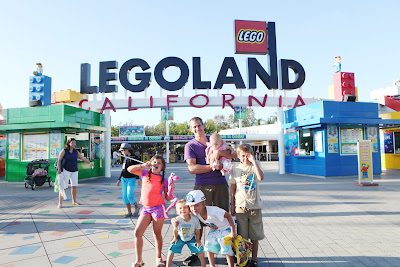 But the next day we hit the beach and found some very cool spots with lots of seals and sea lions and dolphins and other things I can't remember.  But look behind kam. 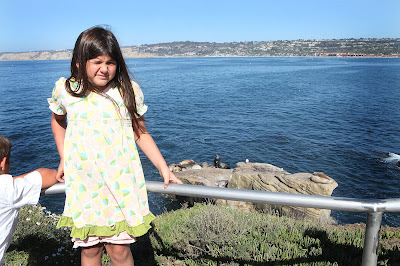 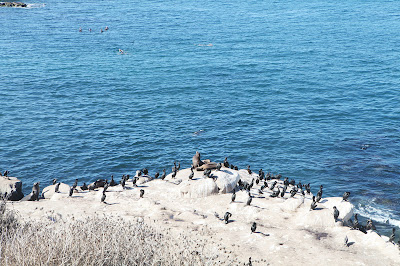 So Kamryn will be 10 this year....I still haven't done her baptism shoot.
Vivvy turned one a month ago....I just did her shoot.  Put into perspective, a month ain't too bad.  But here's Bib's one year and a month pictures!  She's seriously the happiest, goofiest, cuddliest baby ever!  She makes us all so happy.  All of the kids wake up every morning and RUN to her crib to be the first to hold her.  And she cuddles right in with whoever gets her...as long as they grab a blankie also. 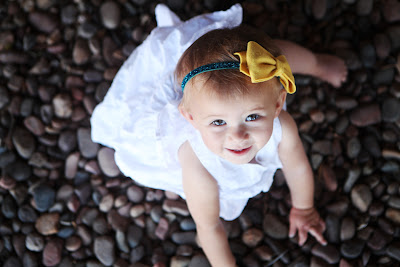 She's so fantastic...and so SO spoiled.  She doesn't get spoiled by grandparents like most babies, so I feel the need to over spoil as a mom...and I do.  She gets FULLY dressed everyday (even if I'm sitting around in PJ's all day) and the second she sqawks (which she's great at now), I give her a banana or a food pouch.  She is always surrounded by lots of toys and blankies in her carseat thanks to her 3 year old admirer.  She still doesn't walk, probably because there really is no need.  And we figured on average she gets 50 kisses and 20 hugs a day!  It's impossible to hold her and not kiss her a ton!!!! 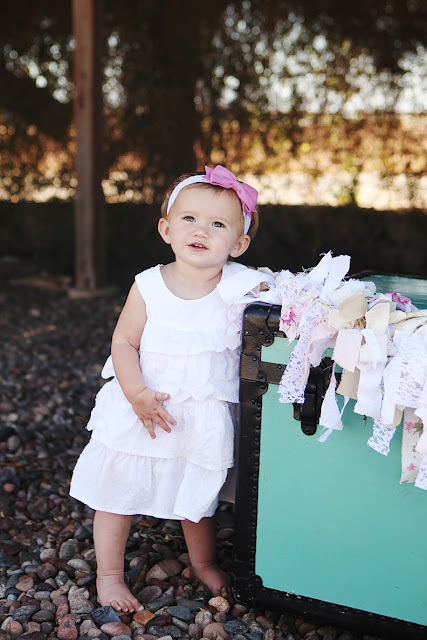 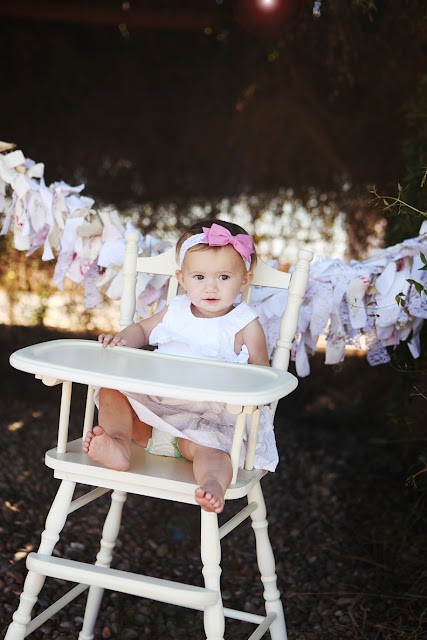 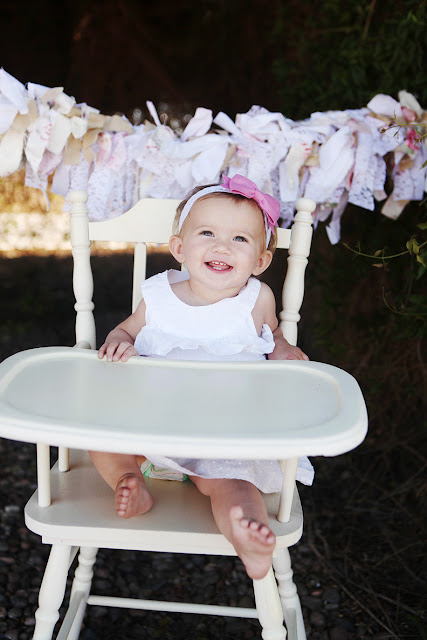 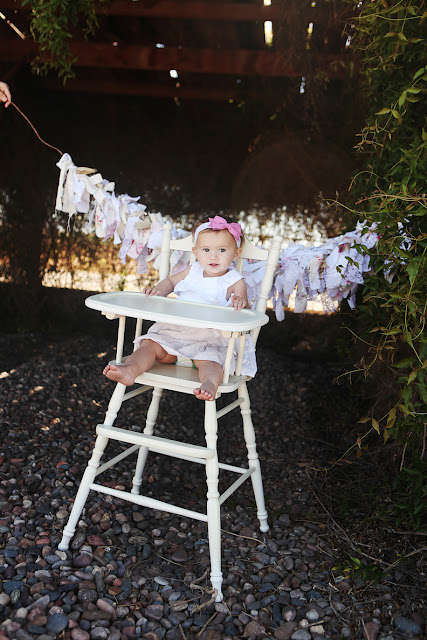 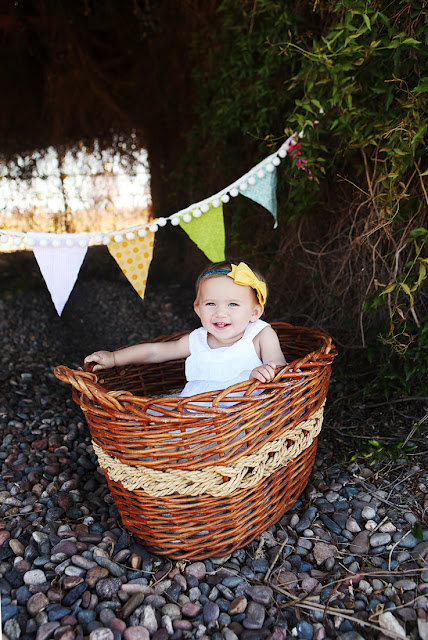