This last week Trubear has LIVED in his highchair. no lie.  About 75% of his waking hours are spent in the highchair.  He just want to eat...anything!  This week it's been a lot of watermelon, deli meat, mangoes and avocado.  On Wednesday he chose watermelon, and A LOT of it.  I let him go to town since I was busy making lettuce wraps. 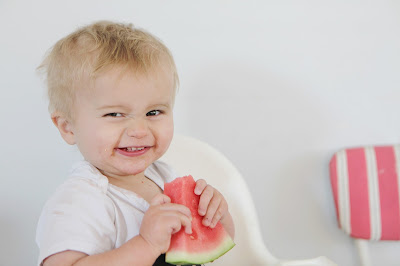 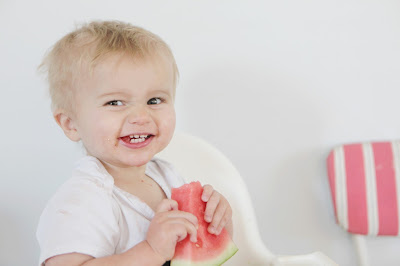 When he was done, he was covered in stickiness so we threw him in the sink to splash and play for a bit. 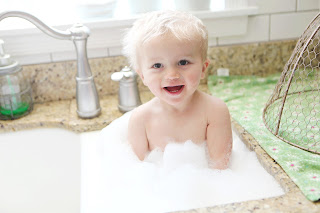 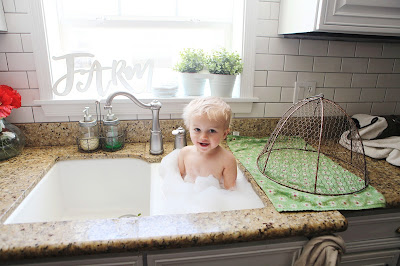 Then his biggest fans slowly started trickling in and entertaining him. 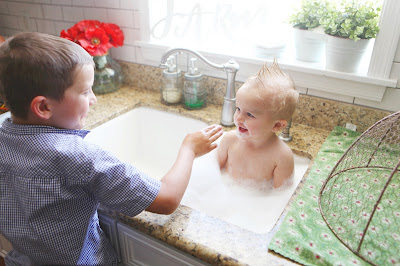 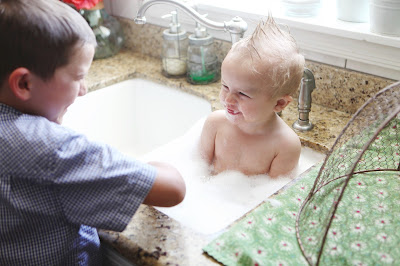 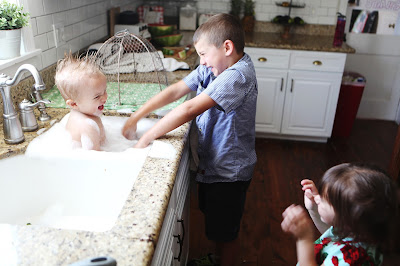 but then they gave him another slice of watermelon, that got bubble dunked a few times. 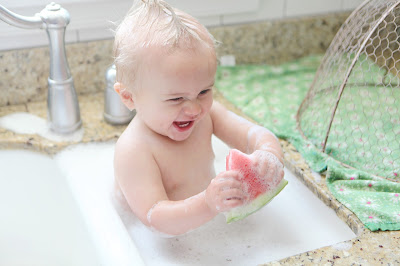 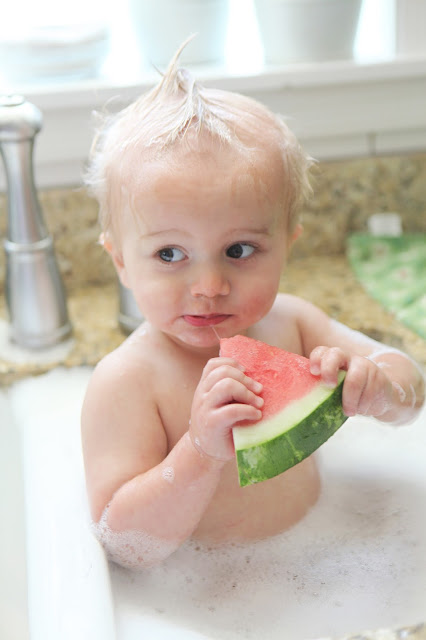 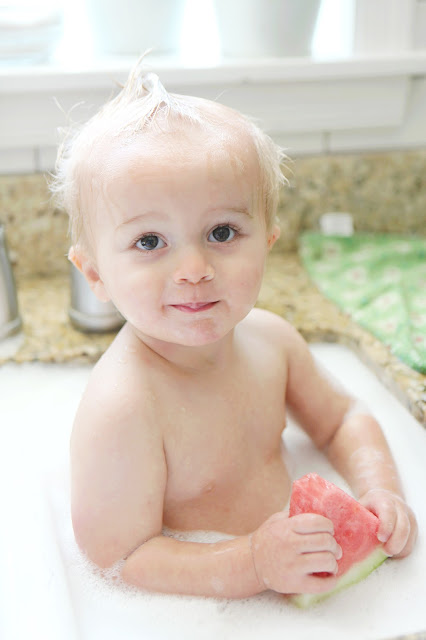 So we let him go outside and finish some more melon before we rinsed him again. 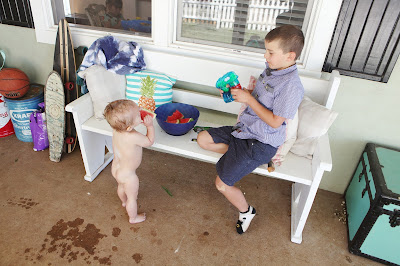 Later that night he went chicken chasing...he never quite got his hands on one. 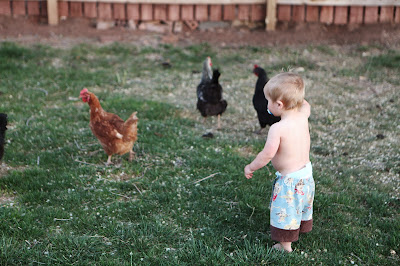 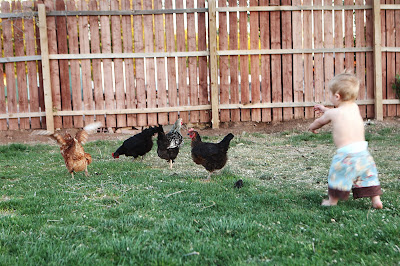