The way our boys are spaced, we will be attending the pine stinking wood derby for 16 years IN A ROW!  No breaks. They're all 4 years apart.  AHHH!!!!!  So right now it's Boston's 2nd year.  He's always so excited about scout stuff.  Jase helped him cut his car and he designed it.   Our ward had me a little sad at first because there were no decorations, and the last 2 derbys we'd been to the walls were covered in checker flags, and there was racing music going and it was all decked out...but out of nowhere,  the Star Wars music starts, and a Jedi appears..... 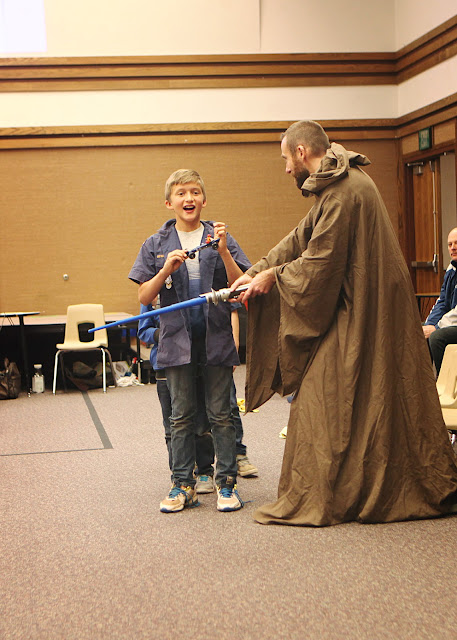 Then Darth Vader and his storm troopers came in and started a whole war.... 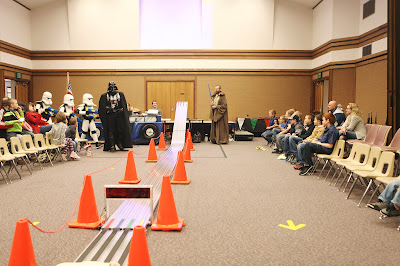 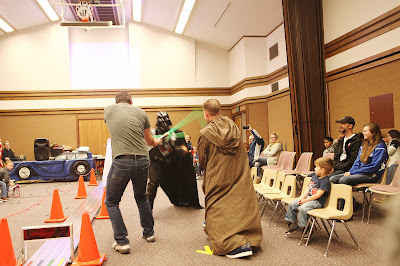 Then it was racing time.  Boss was super precise about putting his car on the track. 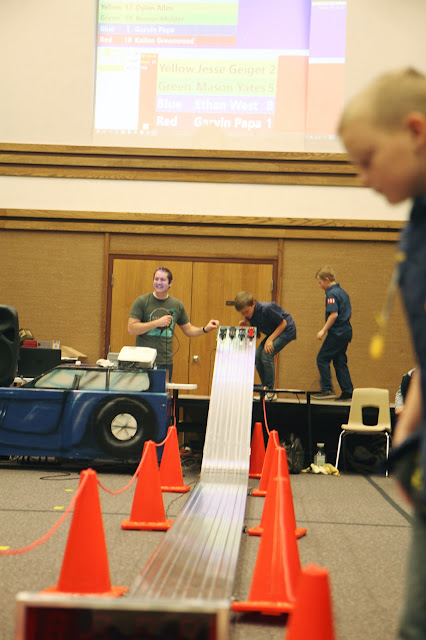 He came in 1st and 2nd EVERYTIME! He was so excited! (his is the one with the little yellow lego dude on it) 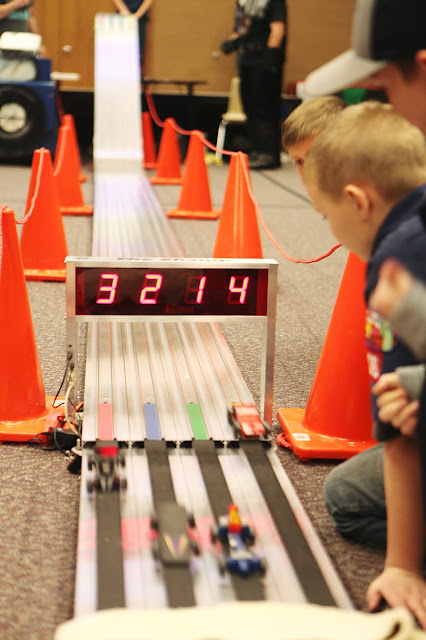 For the championship at the end, they turned the lights out and gave all of the kids in the audience light sabers and let them turn them on the second he released the cars.  It was pretty sweet! 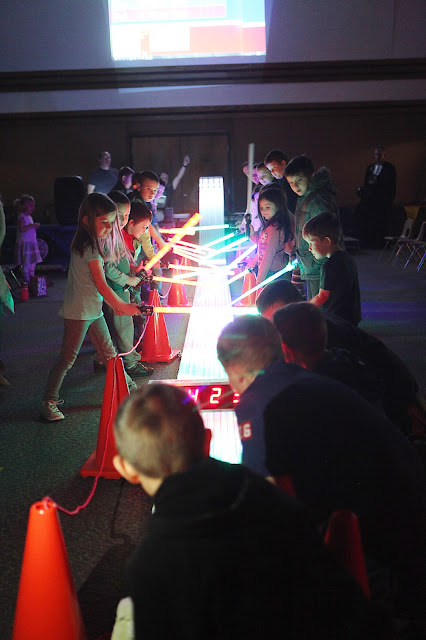 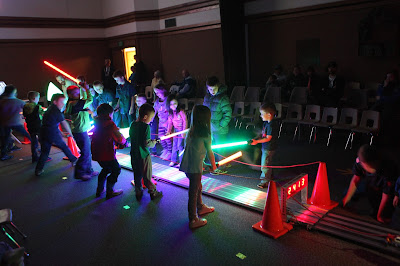 Boston got 2nd place speed!  Which is great for him, but that means we have to go to district again. 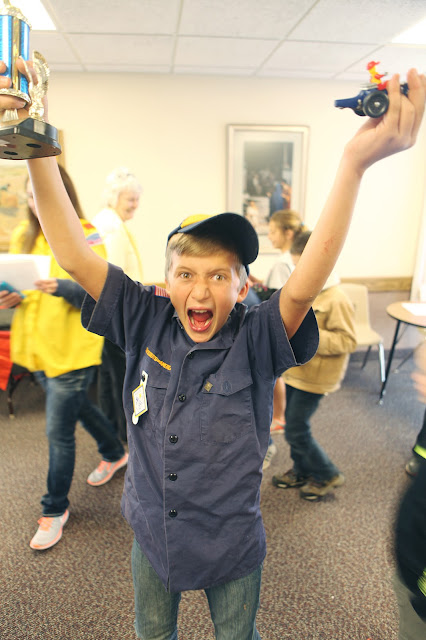 He may have been a little excited! 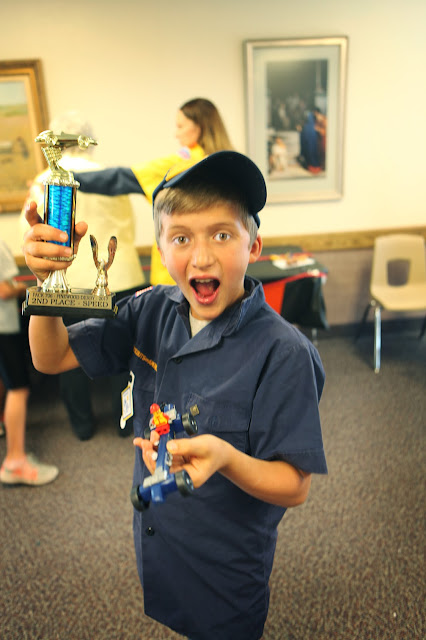 NICE! That's so cute! We suck at Pinewood Derby. Maybe Jase can give Brett some tips. Ha ha!

These are just the cutest pictures ever, Boston is such a one-in-a-million weirdo. (Weirdo, being the highest compliment i pay!) LOVE him and LOVE that you're ward went all out!