Alright, first week, going well. I started a really stupid cleanse.  It's 6 days of veggies, avocado and eggs only...and lots of water.  I think I do better with the master cleanse where there are no options for food.  This sucks!  Then after this it's 21 days of that plus lean meats.  Then I don't even know what I can add in. I'm hoping some apples and peanut butter to sustain sanity!!!!! But 2 and a half days down! Feeling worse, but I know that's how cleanses are.  Headachs started today, and for some reason this is constipating me...probably because my body was use to mass amounts of sugar and it's sad and shutting down.  But maybe not, maybe it's just getting used to healthy crap again.  Honestly, this last year and. a half has been HORRIBLE! Just the adjustments of Jason's new work, the crappy rental situations and the dificult pregnancy. B ut now, all of that is behind us and 2017 is going to freaking ROCK!!!!!  My top goals that I have in my planner are as follows.
1. Read scriptures once a day. I know that's what I should already be doing, but I was beguiled and stopped for a few years.  But I'm back on board!
2. Cook healthy again! I feel (personally)that this is a big one to help me and my family reach the rest of our goals.  It helps our body and our mind be in top condition to do the things we need to to reach our goals.  and like I said, I've cooked like crap the last year and a half!
3. Positive words with kids. I feel like this last couple of years has gotten me into the bad habit of criticizing rather than teaching and insulting more than complimenting, which is HORRIBLE!  Especially as a mom, so that's getting fixed right away!.
4. Simply and slow down.  My one goal for last year was simplify and I feel like we did a bit, but we're going full force this year.  NO more social media and screen time is being cut in half.  And I feel like I set my brain into turbo speed with Jase being gone so much the last couple of years and it's been hard for me to snap back into chill mode now that he's here again, so I just want to practice slowing down and giving my monkeys more eye contact and real conversation.
5. 8 pounds a month until April.  That'll get me back to my happy weight in time for my big family cruise with my cute sisters. I've really put off getting this baby weight off.  Ive been talking about it for months, but haven't done anything except up my protein and workout, but I'm ready to eat healthier and less. (I eat enough for 4 people right now)
6. Teach each of my kids a life skill, which is still undecided.
7. Finish my sister's quilt. I've stated making a quilt for one sister each Christmas, and I have to keep it as a goal to keep it on my mind throughout the year.
8.  Blog
9. Beautify the backyard.  We have a fantastic backyard with amazing potential and we can't wait to get going on it!!!
10. FHE every week. I tried this past year and a half when J was gone and we managed about once a month, which is NOT enough for our family.
11. Learn to speak Jason's love language.  It's my 2nd to last love language, so I'm horrible at it, and his last is my first....so we struggle here, but I'm going to learn to love touch (blah, insert vomit face here).
12. Temple once a month.  I'm not even going to say how many times I've gone to the temple in the last 3 years, but NOT ENOUGH, so our plan is at least once a month as a couple.  Jase usually goes once a week, and One of us usually takes the kids on Saturday, but as a couple we need to go at least once a month.
There it is.  K Zizzle's goals for 2017!  Wish me luck!

Now onto cuter things.  This guy!  He's almost 11 months and pulls himself up on stuff, walks along the edges of stuff, eats about anything, sleeps a little bit (not through the night most nights), claps his hands, dances, open mouth kissies, and loves his mom! 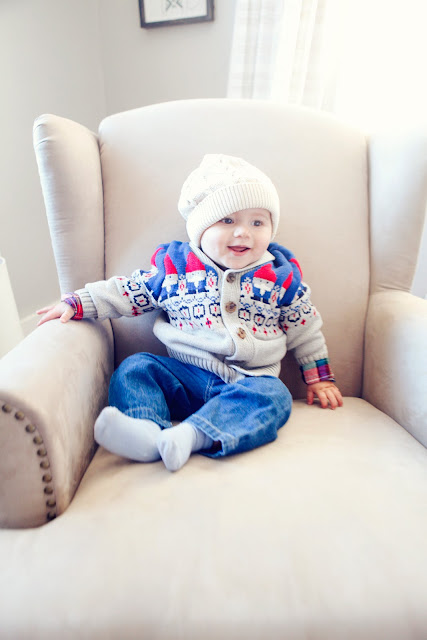 How in the world did I forget to post this gem of Jaden and his friend Miles on poor poor Santa's lap.  Both asking for a long board, and both were nice this year, so hopefully we don't get any long board hospital visits. 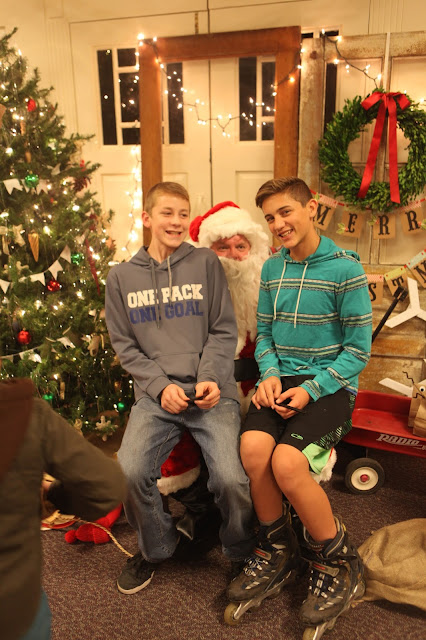 And now...the most ridiculously amazing, generous, sweetest, kindest, craziest thing ever.....my BFF Jana gave me a van.  yea, you heard me right...GAVE me a van!  A big ole, bettered have 4 more babies to fill it, van!  The kids are in heaven!  no one has to touch (we were in the old school pilot...not the newer ones 2007!) so we were ALWAYS squished....but no more!   It's so sweet!  These Bloomfields/Thurstons are THE most generous people ever made!!!! I LOVE YOU JANA!!!!! 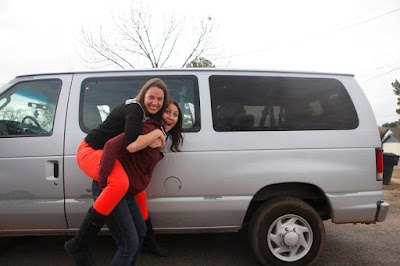 Holy crap, a van!!!! That is so awesome and unbelievable! I was dying when I read your comment about speaking Jase's love language. You never have been a touchy feely kind of girl, I am excited for you to force yourself into that one! I have some of your same goals for myself this year, my main one is to use more positive talk with my kids. I realized this year that I nag way too much. I have great kids that are a million times better than I was when I was their age, but I am always pointing out the negative rather than building them up with the positive. Anyways, so fun to read your blog. I haven't looked at blogs in years. As you can tell, until this morning, posting about Jaina's birth, my last post was July 2013 when I posted about Tal's birth. Love ya!