Ok, so my kids are off beat, a bit rowdy and um, NOT shy, but I LOVE IT! They think the craziest things.
Today I put Kam in time out and Jase was outside and yelled for her to come out, she yelled that she was in time out...he asked for what...she yelled, "For accidentaly on purpose spilling Boston's drink all over the place". haha. I LOVE HER!
And Jaden was just talking to me as I was making my bed and he said, "mom, you've gotta write this down somewhere...Pearce just talked." I asked, "he did? What did he say?"
"I asked him a question and he said, 'what?'...no, SERIOUSLY mom, he said what!" 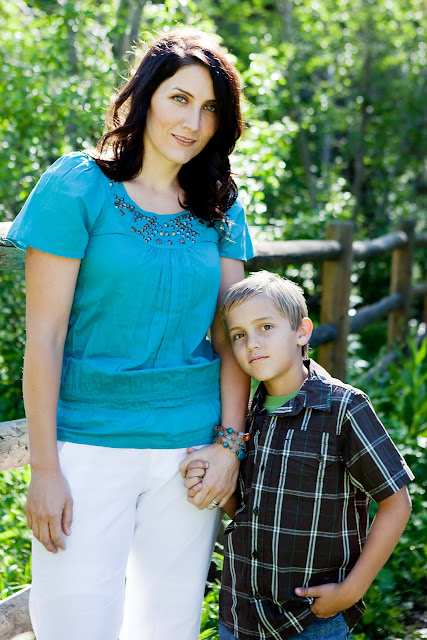 And our favorite thing that Boston says is when you give him something, then he says he doesn't want it or like it, then we start to take it back, he'll say, "ahhh, dust doking!" And lately everything has a "IN YO FACE" after it. And he usualy goes with whatever, but now if he doesn't like it he'll say, "daz NOT fair!"
Posted by Kristal at 1:09 PM

you're so cool.... when do i get to be a cool mom like you & not get mad eventhough I do think what my kids say is funny but TOTALLY inappropriate. maybe its just the last weeks of pregnancy... i hope it is because I want my kids to like me again! & not think Kristal is the coolest!