So how great is it that 2 weeks ago, I decided to do the Master Cleanse, and oh, Jason said he wants to also, just so he can say he's done it before he refers it to his patients. Ok, whatever. But I did warn him that he must quit if he loses more than 3lbs. I lost a quick 7, then nothing for a week (still fasting) and he's slowly losing, after about 4 days he's lost more than 3lbs, but I can't seriously make him quit after getting that afar into it. So he continues on. Day 10, I gain 7lbs! Great, how you might ask, did you gain weight when you were exercising everyday, and hadn't eatten a thing in 10 days? I DON"T FREAKING KNOW! Anyway, so I felt like crap when I started eatting again. We had orange juice the first day and then vegetable broth the second day, and my stomach was in knots, I was throwing up, I felt like CRAP, but I had to suck it up, because someone has to cook and clean right? Well, Jase wasn't feeling too well either. Luckily the next day I felt a little better. Still had a gross feeling gut, but no more throwing up...just other things. But oh no, Jase is dying! Or so he thinks. And of coarse his sickness lasts twice as long as mine. He's been in bed since um, about 5 today and swears he has an ulcer. If he has one, I feel bad, but seriously, as for now, I don't! I went through the same thing, and he lieks to make sure I know how crappy he feels. He opens both bathroom doors as he pukes, and makes it as loud sounding as he can, then comes out moaning, and Do I ask how he is? NO, cause I know exactly how he is...I was there 3 days ago!!!! Anyway, back to the unfair. He's now in the 140's....I'm back in the 160's!!!!!!!!! I"M SOO MAD!!!!!!!! He's got manorexia! He hasn't eatten a thing all day, not even the cabbage juice he said he was going to eat. His co workers even called him Ethiopian today! What's a girl to do?! 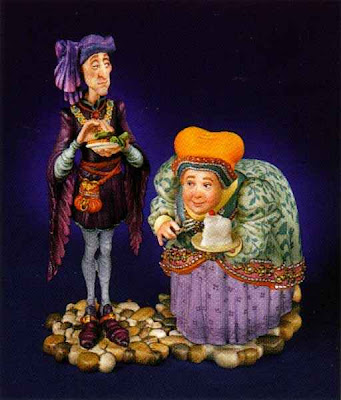 Are you kidding me! That is the weirdest most unfair thing I've ever heard of. I really want Jarred to do that cleanse though. I keep rubbing it in that you've done 2 now and he's done 0 so he's a wimp.

Steve is really whiny when he is sick too. He is very dramatic. Especially when he is puking. Guys are so weird! I would rather put up with 2 sick babies than a sick Steve! We got the price from APS - we'll come over sometime & talk to you about it. See ya soon :)

Your "manorexia" comment made me remember one of my favorite movie quotes from Angus.

about anorexia - "In fact, I even tried it once. But when I stuck my finger down my throat, I was still hungry and almost ate my arm."

so goes my life.

I LOVE that cute pink shirt!!!
Yes, Davey is the one. I am so excited. For sure on lunch. Let me know next time you are here visiting Vonda and we can meet up!!!

Thats funny about Jason! Nathan is the same way too! So annoying! So I'm thinking about doing the cleanse...is it worth it?? Let me know! I wanna start after we get moved up to Showlow.

You crack me up. You poor sickys. I am glad I didn't end up doing the clense. I was pretty close to doing it too. I love the Manorexia comment. You are awsome.