Like everything, we were a bit shocked that again, it costs $20 a person to ride the ferry out to the statue of Liberty. So we decided to just view her from the mainland. So I decided to take a bunch of picture....but I didn't tell Jase....obviously.... 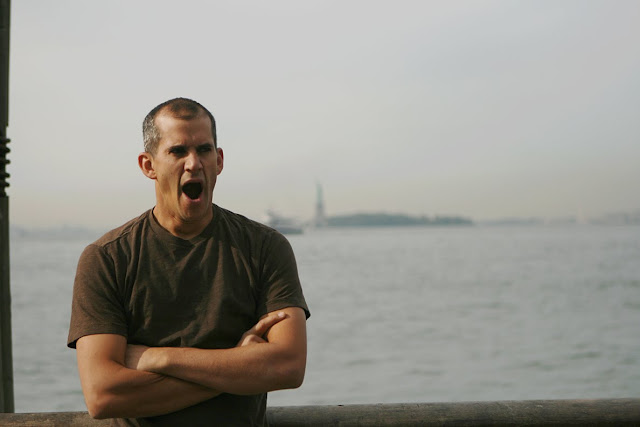 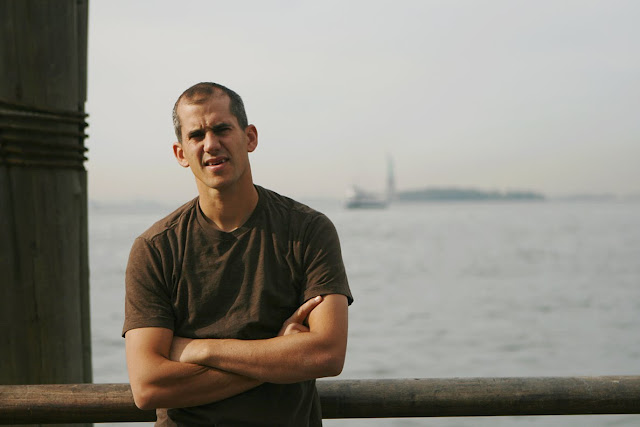 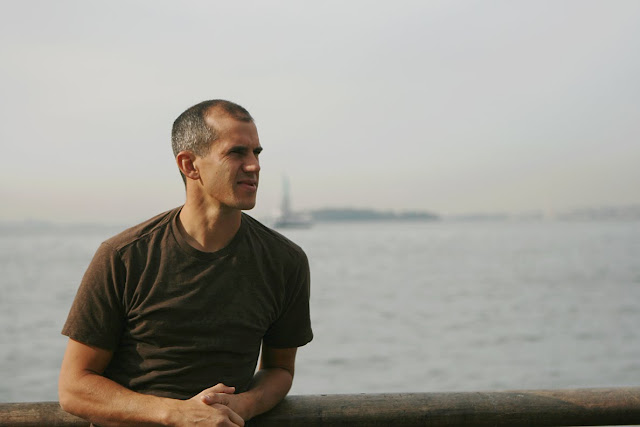 Then we got some people who didn't speak English (I think we were the only ones in NYC that did) to take this one....see the little, bitty, blurry statue of liberty behind us? 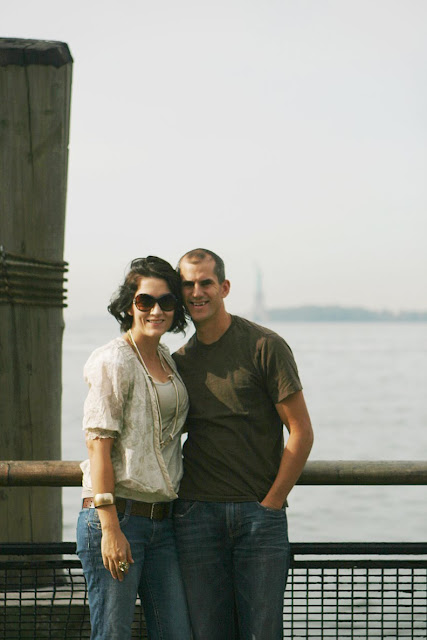 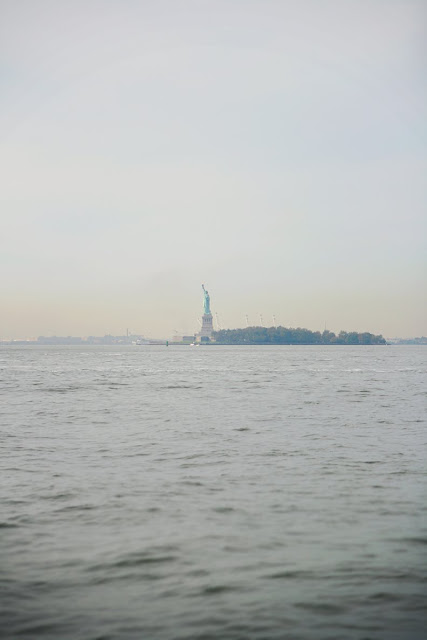 Um, we're in NYC people! We're not going to not pay their outrageous prices to see amazing things just because we're broke! So we did, we hopped on the ferry. And it was SO worth it. It was amazing. 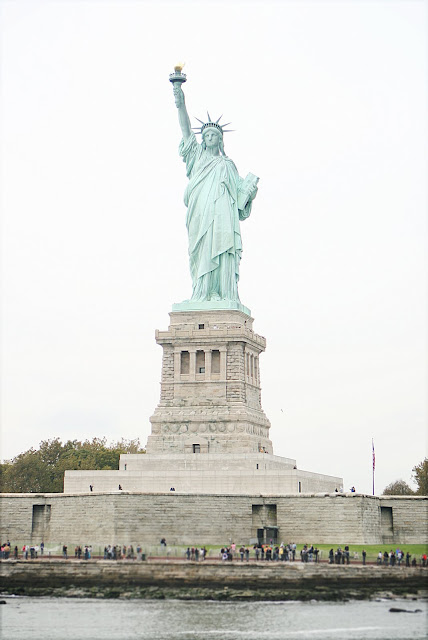 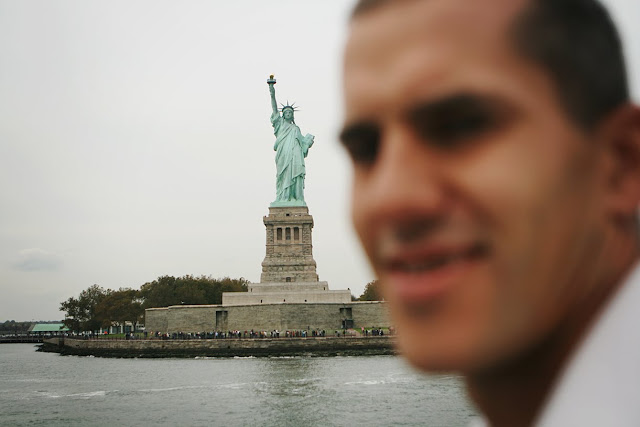 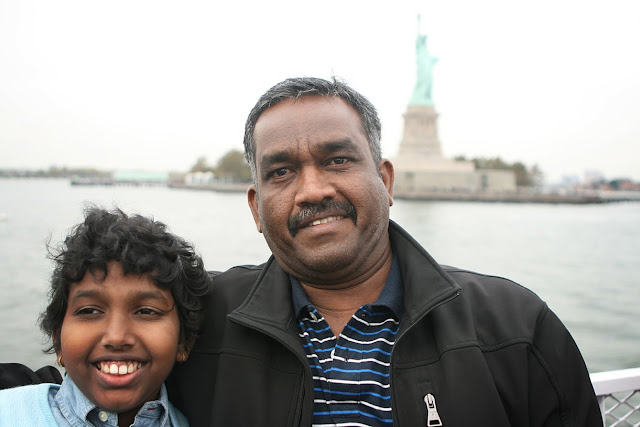 Me either. They just gave us their business card with his e mail address on it and asked me if I'd snap a few and send them to them. They were really friendly, which was weird in NYC, so I couldn't say no. So of coarse, we didn't get any pictures of US in FRONT of the statue, but here's one of us BEHIND her. 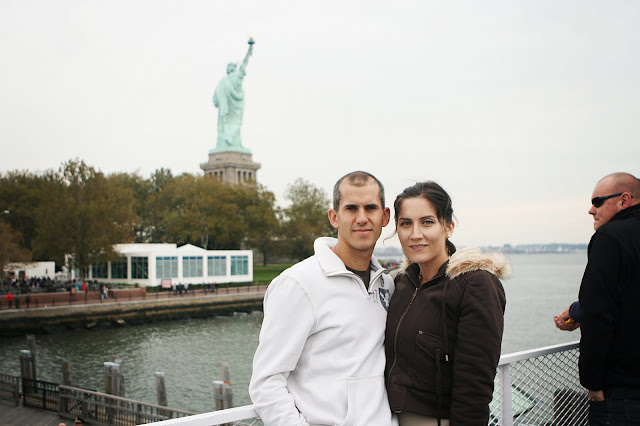 FOOD! Seriously food is my favorite part of traveling. We had everything from frozen hot chocolate (below...from Serindipities) to Brazilian Steakhouse, to Grays Papaya hot dogs! It was fantastic!!!!! It is weird though, that in NYC, you're literally bumping elbows with the people next to you. Everything is soo close and so confined. The subways were pretty gross, and interesting, but buses got pretty jammed during rush hour, and the streets were nuts! 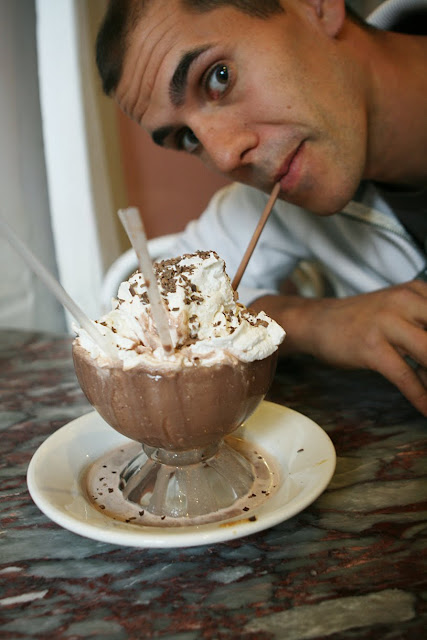 Speaking of crammed. Um, our hotel...barely fit a bed. It was clean, but seriously the smallest most expensive room I've stayed in. We even threw the old "10 year anniversary" card out there, no upgrades. This is our hotel....and my life partner. 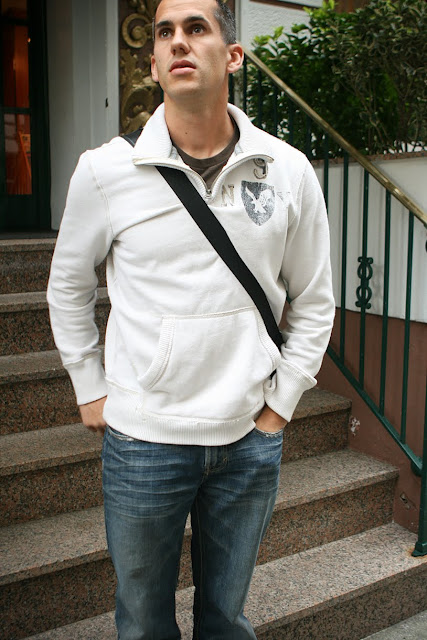 i love it. i love all of it. WHERES THE INA PICTURES!? you look superdy skinny and beautiful by the way...way to go on that.