As many of you know, I had a guy of the week club. I'd like a guy for 2 weeks or until he liked me back, which ever came first, then move on to the next. Kinda fun. And there were some that did stick for longer than 2 weeks, and some that only lasted a few days and a couple that never gave in...losers! And now I'd like to take the time to list as many of these as I can remember. I'm sorry if some of them are your husband's (they weren't then) or if some are your brothers (they still are) but I've moved on....
Ted Harris (who one of my sisters wanted me to marry)
Travis John
Mitch Price
Clint Tregaskes
Loren (forgot last name)
The Godfrey Brothers (each got their own week)
Mark Nelson
Gus Hansen
Arlo Portenier
Billy (the waterboy)
Casey Falkner (I didn't like him..blah, just got him to ask me out, then bailed)
Nathan Buhr (who another sister thought I should marry)
Corey Cappel (who another other sister thought I should marry)
Brian Udhal
Jared (preppy boy that I thought was gay)
Sam (punk baseball player)
Q (blah)
Brad Romney
Some guy that looked like a short Tom Cruise...forgot his named...lived in Tempe
Ben Wiltbank
Stairs (forgot his real name)
Jason Mulder (who my dad didn't want me to marry)
Well, I'm sure if I ever find my journal, I could name the rest, or some of you probably remember some. But now I've got the same guy of the week every week...thank goodness!
Conversation with Jase:
J: If you ever leave me I'll slit your throat
Ahh, that's sweet. My threat to him has always been that I'd stab his eyes out if he cheated on me. So we're to scared to ever leave each other. Sweet! 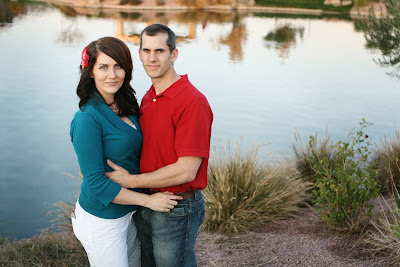 Hahahaa! That list if funny! There were a few boys on that list that I dated too! And most of them were NASTY!!! So funny.

I know, I thought about you as I typed the letter Q....blah!

I would also have some of those on my list. But definitely NOT that Gus Hansen guy! :) Although, I do believe that he is one cool dude!

Ha ha, I always thought Nate was on your hate (maybe too strong of a word, but can't think of anything else)list. Maybe creepy? Is that the word? Anyway, he's still trying to think of a clever comment, but hasn't come up with the perfect one yet. Not one that other people might read anyway.