How could I forget?!

About a month ago, Jase was asked by one of the other wards in JC to dress up as Zorro for a RS birthday dinner and go around taking roses to the ladies. I know, little tiny Jason as Zorro? He did great though. And I hate to admit it, but it was a bit of a turn on. 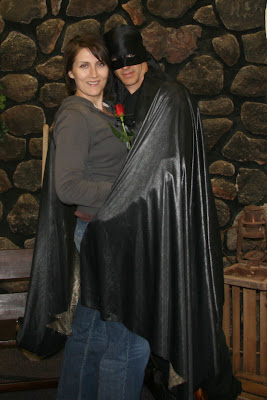 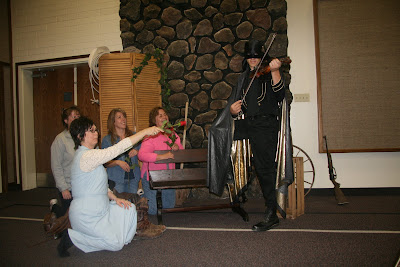 And last week, Boston dyed his hair...nice. It's not super dark, just a different color. 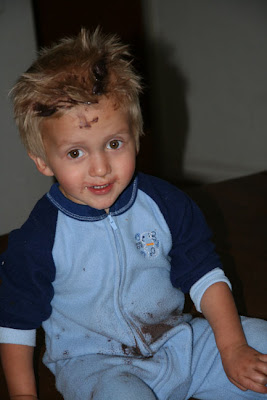 And as I was writing my "I'm going nuts with 3 little kids" blog post last week...here's what my kids were doing: DISHES! 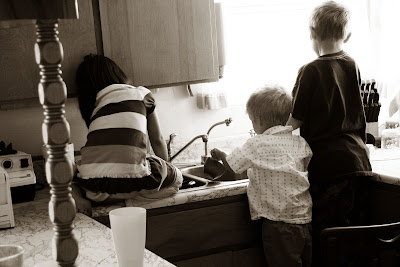 And this weekend we had a great time with the family. We got to have a girls lunch at Crackers (where I ate lots of things NOT on my biggest loser diet!), and we had a birthday dinner for the april birthdays. Um, I guess I didn't take a picture of everyone there, but alas, Dani and Burns: 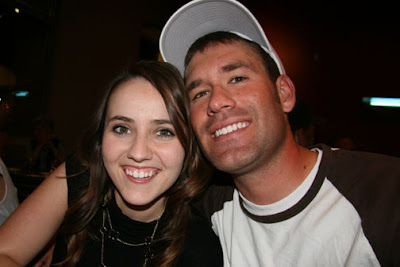 And we decided to take a picture of all the REALLY old pictures in my dad's wallet. Most of them have been there for a good 15-25 years. Nuts huh? do you recognize me and my sisters and neices and nephews? I'm on the very top, you can't see it very well. 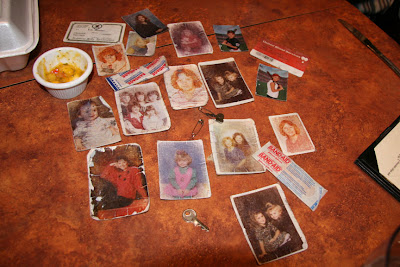 And of coarse I had my photo shoots. They weren't as hectic as I thought they'd be. And luckily, no ugly people!!!! First was Tyler. He's mine and my sister's friend's son. He was the 2nd boy I've done! SO FUN!!!! 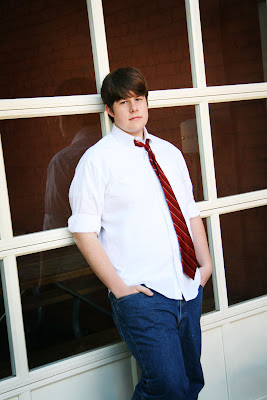 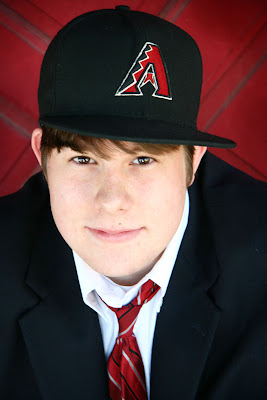 Then I had an engagement shoot, which I'm sure there are lots of fun pictures from, but sadly I can't download them for a couple of days because my battery went dead mid download and I left my charger at my sisters. But here's one. 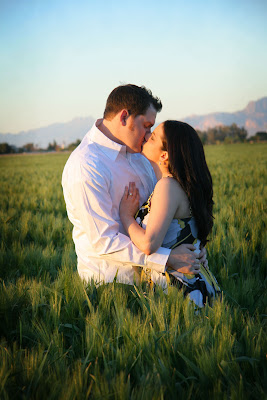 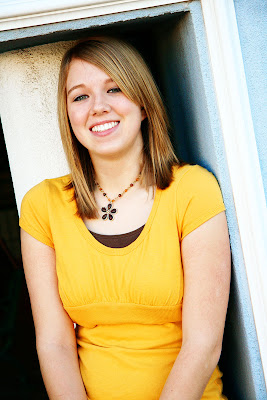 And my friend Audra's cute little boy needed some pictures for his baptism announcement! Isn't he adorable! I want a kid with blue eyes!!!! 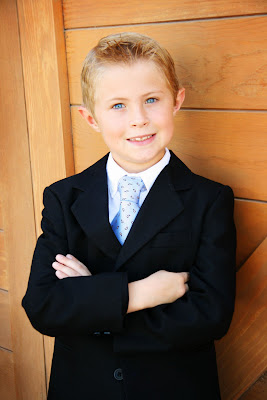 And on our way home we stopped by Prescott, ok, not really on our way home, but we've wanted to go see my cousin for a while so we went over there. Prescsott is beautiful! Jase tried to talk me into moving there, but I'd only been there once a billion years ago....I wish he would have tried harder!!! ANyway, we went and saw one of my favorite cousins, Kody. She is in a rehab there and doing great! She graduates next week and she looks better than I've seen her in years! And she was actually sweet (she's usually got an attitude like me!). I'm so proud of her and excited for her to move on to a better part of her life. She's hopefully going to keep living in Prescott beacuse I want an excuss to go down there again! Love ya Kody! 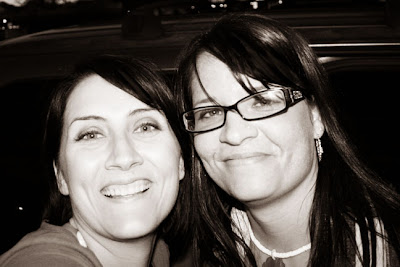 Hey Krystal I'm glad you found us!! Its been forever! so you have three kids now@!! i didn't have time to look at your whole blog but I will and we need to keep in touch!!!

Alright Kristal and Zoro. Looks like you might be getting frisky under that cape. Woo Hoo!
How fun to be married to Zoro for an evening!

Thanks hunny! I cant wait to get the disc of all of them. You did a great job.

Jamilyn - I want on your blog!!! Your pictures are gorgeous. Loved the ones of Tyler and "Elder Campbell" too. Thanks for coming down, even though I didnt get to spend enough "Kristal Time" with you. You did have a monumental moment at my house with the Salmon though.

Love Boston hair!! I love reading your blog your pictures are always so awesome, I need to schedule a time with you to take some pictures of our family. Kody looks great.

ok great photography!!.. but too bad spencer's making the "i have a mental disorder" face;)

Jase is HOT!!
I love the picture of Kody. So glad you guys went to see her. I wish we could too. Tell her we love her.

I can bring your charger as far as Show Low on Sunday, if Brennon and Dani will bring it to me.

Thanks Kathy, I'm hoping Randa shipped it already. I feel horrible that I'm going to be a few days behind on getting these to the people, so I told her I'd give her a million dollars if she's ship it, hopefully she knows I'm lying, if not, I need a few more shoots!!!!

You ate at Crackers? As in, Crackers & Co Cafe? That's where I had my wedding reception!

Sorry, I'm so way behind on blogging this week since the kid and I were both sick...
Anyhoo, that last pic of you with Kody is so cute! Is she the one that would come and visit you in JC and that I was totally jealous of? If it is, I'm still jealous of her and her cute glasses.

Ok you and Jase are hot in teh zorro pictures! I love Boss's hair too. Your blog is awsome!