So I was going back through old folders and realized I forgot to blog a few things.  Vivvy's first food!  She liked to blow her bottom lip so her food would shoot straight up all over her face, then laugh.  Luckily she's over that now, but it was a hilarious little thing. 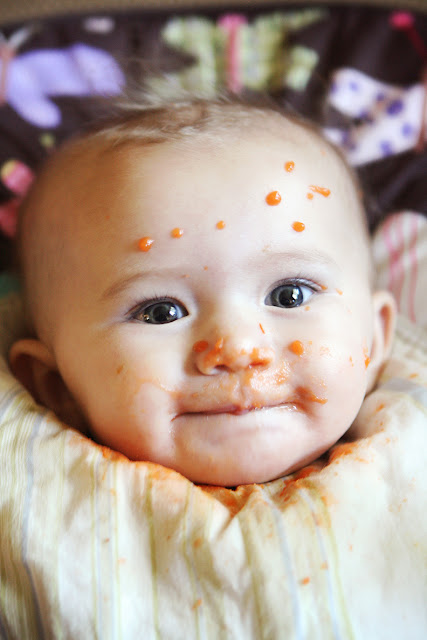 And our fantastic trip to Mund's Park with our friends and Jason's business partner...the Ferugusons!  WE had an awesome time and so did the kids.  These two are a year or 2 apart, and Jaden is uh, much smaller, so they both thought they were stronger so they arm wrestled.   It was close, but I think Byron won 2 and Jaden won 1. 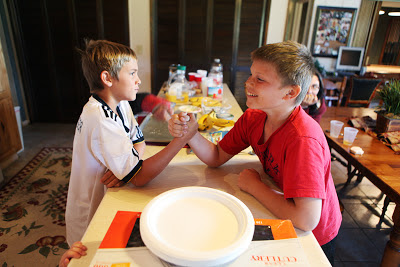 And the younger 3 and parents decided to go for a huge long hike while the older 5 stayed at the lake and fished.  And of coarse, they caught a big ole fish that they thought they needed to gutt and clean and NOT eat. 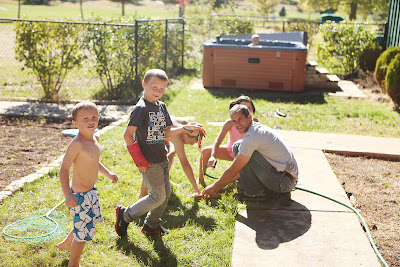 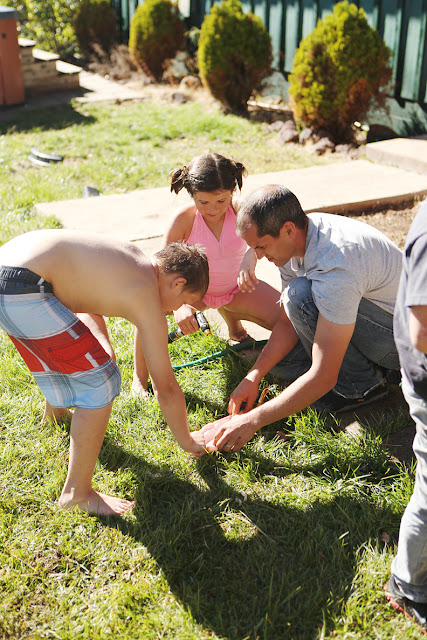 Boston loved the hot tub...even though it was so so cold outside. 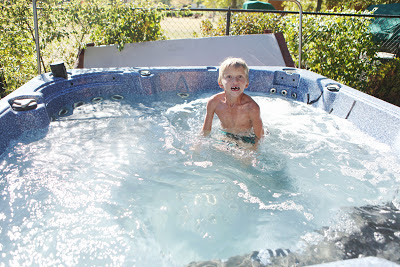 This guy is just cute. 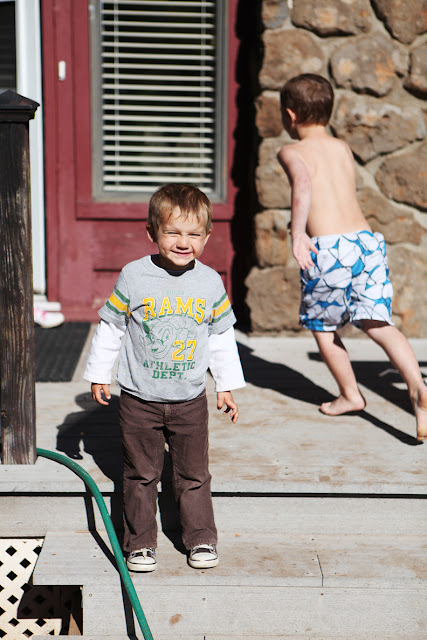 And then Sunday came...time to go home...but not before celebrating National Dessert Day by having a little Iron Chef America!  Our ingredients were just random things left at the cabin..... 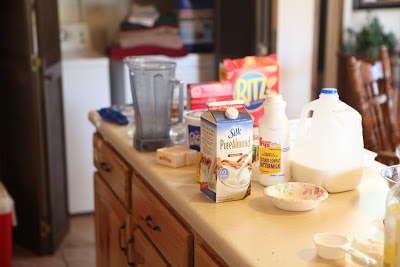 Let's just say, mine was an ice cream cake with an oreo crust and a hard chocolate shell top.  Mmmmmm 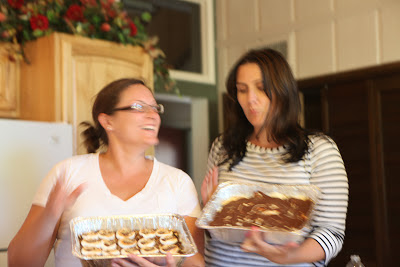 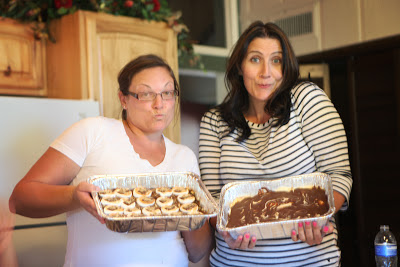 And of coarse, the naughty monkeys by the beautiful red tree before we packed into the car to head home. 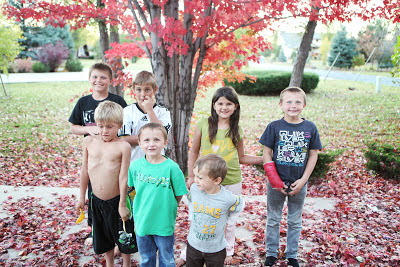 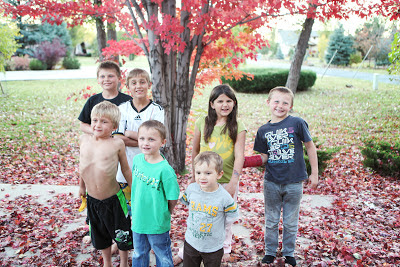 It was an awesome weekend with watching some guy fall from space, playing games on the phone, hikes, food, Walnut Canyon, and MUD!
Posted by Kristal at 6:49 PM

Just wanted to let you know that you have inspired me.

No, I am not taking a facebook break. My will power is just not that strong (you go girl!). But, I am getting my blog caught up. I had so many drafts with just the pics downloaded. And reading all of yours, I realized that I needed to get my rear in gear. Love reading all about your family. Love seeing your talent of photography at work.

Please keep is up - so I have something of "good report" to read, and inspiration to keep mine going!