So Jaden's birthday is December 22nd...mean.  So this year we told him to pick a new birthday....he picked April 29th.  So we went with it.  ANd we did a campout birthday. I told him he could invite 6, in hopes that a couple couldnt' make it and we'd be having a nice little 4 kid camp out.....all 6 came!
And it was awesome.  I was worried, but it's been awesome.  It's still going on, but I have myself locked in my room....they're having dart gun wars behind all of my couch cushions and it just goes better if it's outta site for me.
Here's how it all went down though, I was only able to get ONE picture of the dance off before being yelled at for taking pictures.  The dance off got down to BJ and Jaden....then Jaden won! 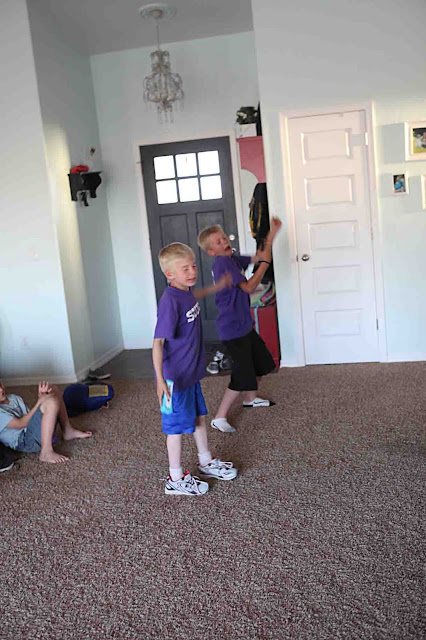 Then I fed them all pizza which I thought they'd be excited about, but they had all just came from another friend's party at Mr. G's.  So they jumped on the trampline til it broke, then set up the tent.  Then they got on their jackets and snatched their flashlights and headed out for the nature hunt.... 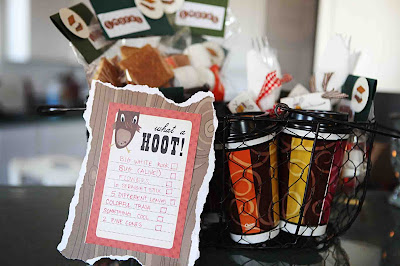 Lesson Learned:  Don't put "something cool" on a nature hunt for 9 year old boys....you'll get a snake lose in your house. 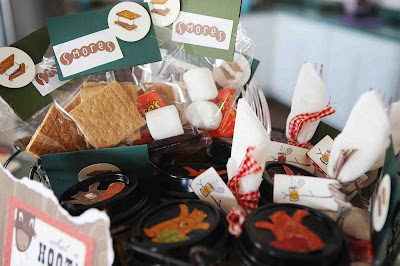 I made this great basket for them to find at twin rock, filled with smores packs and pre done hot cocoa...and YES, they did appreciate my craftiness...although, they did not get to appreciate my cheddar cheese campfire because Pearcen destroyed it.... 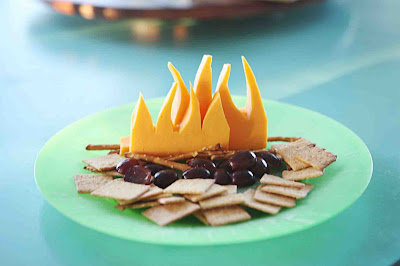 So far, that's all I have....we'll see how the morning goes.
But, in othe rMulderish news....Kam got a bunny...a cute, cute, cute bunny named Freddie.  He WILL be posted soon.  But he got lost in the house the first day and we all freaked out, tearing the house apart, and cleaning and then the next morning we heard him...in the cabinet work, so Jase took a baseboard off and pulled him out.  Then yesterday I looked in his box because I was told to keep an eye on him while everyone was at school...and HE WAS GONE!  Luckiliy Foxxie already has it out for him, so foxxie started scratching behind the table....Freddie fell behind there and was stuck.  So I got him, and I think we bonded for me saving his life.  Awesome!
Posted by Kristal at 6:09 AM

I LOVE your ideas! You did a great job on the pretent birthday party. I know I'll be hearing about it soon enough.... I love the basket of goodies you made. So stinkin' cute!!! Way to score it big for Jaden's sort of birthday party.

scooping it up said...

this is an awesome party, and we are changing our little Ethiopian's bday back a few weeks so we don't have to celebrate it right by Christmas. :)

You really are the best mom ever! My husband and I both share Christmas-time birthdays and hate it. We always say we will celebrate them in the middle of the year instead but never do. You rock!

PS I hate that I'm not as clever as you too (BRAT!)! Such a fun party!