Alright, so we'll start with the first part of our trip...Sea World. We got to spend two days there. It was a lot of fun. All Jaden wanted to do was ride Atlantis over and over, but since Boston and I couldn't, we tried to make the rest of the place fun for Jado. 3 years ago the dude loved the animal stuff. Guess he's growing up....ahhh, but not too much for a little face painting.... 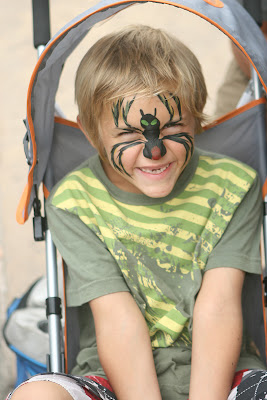 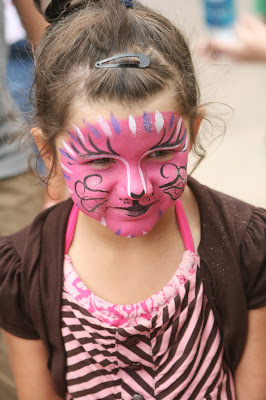 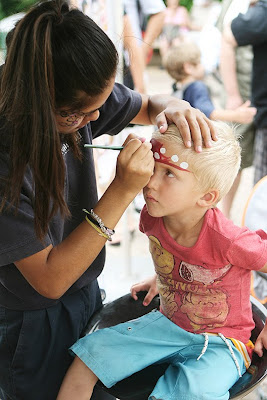 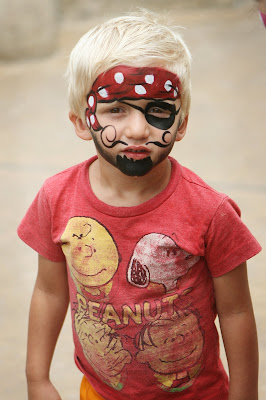 Boss and I waited at the bottom of the big splash for Atlantis, until t hey came down, he didn't realize that' what we were doing til he sawthem in the boat, then he freaked out crying because he wanted to do it. So I had to go buy him a little sumtin sumtin to tide him over...I think it worked, he was singing as he ate it.... 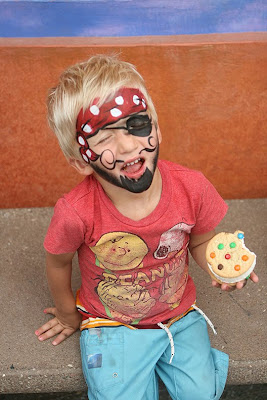 The sting ray petting pool was pretty cool. They would come up and splash us. The kids all loved feeling them, except Jaden. He had a fish to feed them from the very beginning and he was playing with that same fish when we left the exhibit. I love his caution....haha. 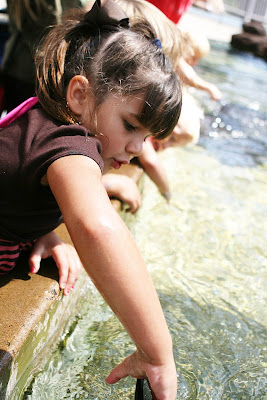 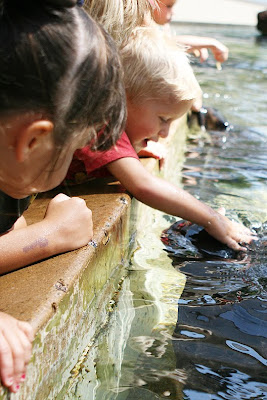 And this guy was YELLING at us the whole time we were there, so Jaden used some of his own money to buy atray of fish to feed him. Then he kept yelling, so I bought some for all of us to feed him. 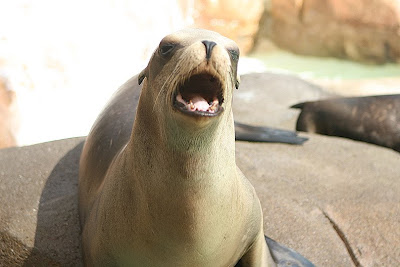 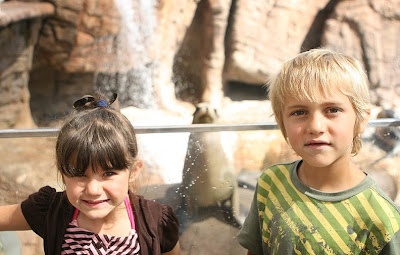 And here are the manatee. They have tubes in there because there was a guy in there cleaning their tanks. And they aren't dead...they just roll a lot. 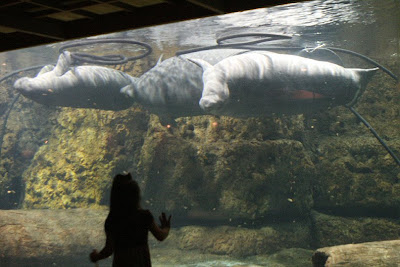 And this is the ride the kids loved. Kam sat by Jase everytime and he said her face just fell to the floor during the first falls. And on the 2nd go round, Jaden who was soo brave and sat alone the first time, ended up in the armpit of the guy next to him. haha. 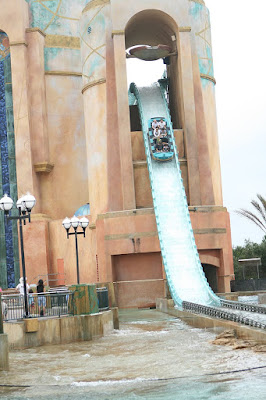 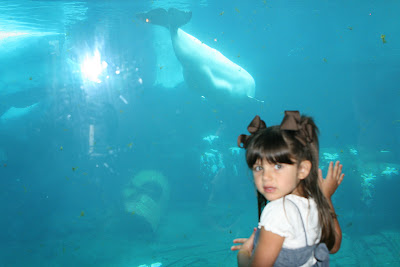 One of the sissy rides for Bossy....he was pretty nervous. 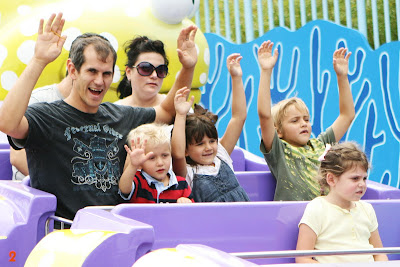 I would agree with San Antonio Sea World being better...I loved it when we came to see ya!

Love the face painting! I wanted to get Izzy's and the nephews done when we went (just for the picture), but they weren't having it.

I'm SO happy you got your pictures back!

i'm just a little upset that you aren't in ANY of the pictures because i LOVE to seee your beautiful face. YES. it's true.

i was literally oohing and aahing and LAUGHING OUT LOUD at the pirate face pic/pirate eating ice cream pic. UHHHHHH!!!! oh my goodness. i am finding no words.

i LOVE kam's pictures #2 & 3. LOVE LOVE LOVE. her sassy face is her in a nutshell. at least the her i know! and how her bangs only lasted for a little bit. and jason fixing them.

i'm going to stop before everyone who reads this thinks i'm too obsessed with you &your family.

That face painting IS really impressive. I love the roller coaster shot at the end. Super cute!