I have to first off share this picture from last year's Phoenix Zoo trip, I know, about 10 months late, but I love him!!!! He's a little bit in the shade here, but you can still tell how stinkin cute he is! I've been soo bummed lately about how big he is. I'm just so glad he still lets me squeeze his guts, and laughs while I do it. I actually chased him around the circle of our house (the halls make a circle back around to the family room and dining room) about 3x yesterday before I caught him and tackled him. A lot more exercise than when he was 2 and 3 and I coudl catch him in a few seconds. He's an awesome kid, and I hope he likes me forever!!! 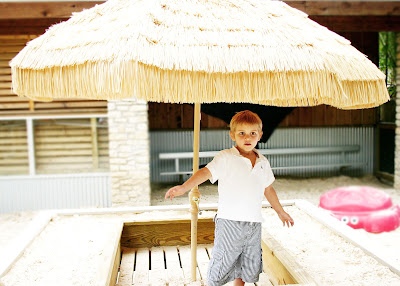 Alright, and now on to my birthday. It's in June, and for some CRAZY reason I've been craving Vegas for about 6 months now, I have no idea why either because I think it's a smelly crowded place with lots of boobs. But I wanna go. I think because our last trip with the Johns was a lot of fun (other than the fact that Amy almost died). The food was great, the hotel was great, the shopping was great, and the fact that there is no way in the world we coudl ever take our kids there is what I think is intriguing me most right now. I need a big ole fat break for a day or two from them to appreciate them a little more. Anyway, does anyone have any secrets to getting cheap hotels/shows/food there???? We usually do a morning of checking out a timeshare and get a few free show tickets and a buffet pass, but I hate wasting 3-4 hours of our time there doing that. Any better ideas out there? Also, any show/hotel/food suggestions??? 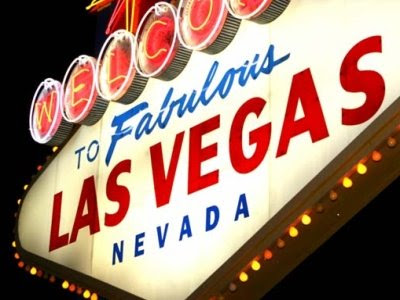 KRISTAL! We should do a couples trip to vegas again! Except this time will be much better and I promise to not almost die this time!!

Totally NOT a Vegas fan, but I see your point. Needing a break from the kids...I hear ya! You'll have a blast!

Stay with my sister Ashley!:) Hope you have fun!

I am definitely not a Vegas fan either, I loved it till Jeremy and I got married and were on our way to a convention in Reno and decided to get a hotel there since we were so tired, it ended up being like 69 bucks and it was a hole in the wall and I went in the room and there were actually roaches in the bathtub and it smelled like smoke and I could hear people yelling and I went outside and this guy followed me to my car and just watched me and we were all freaked out and so we went to the front to complain about the nastiness of our room and she pointed to the sign behind her that said absolutely no refunds. I mean we hadn't even checked in 5 minutes before and she refussed to refund us, so we just got in our car and kept driving and then slept in the car, it runined Vegas for me. Ok, so just never stay in the whole in the wall hotels. Goodluck!

Hey-we went in Feb. We saw Phantom and the Cirque show called Mystere. We went on Ebay and typed in "discount cirque vegas tickets" or something like that. We paid $1.95 and got this online coupon code that totally made the seats cheaper.....or you got MUCH better seats for the same price you would've paid without the code. We did that for Phantom too.