Alright, so I knew that telling you that I like Lindsay Lohan would be a bit of a shocker, but here's a real kicker. I LOVE AMY WINEHOUSE! When everyone was saying that she shouldn't have gotten those grammy's I was a little annoyed. Yes, she's a drunk crack addict that wears slutty clothes...we all have our faults. But look at her great hair, make up, sometimes cute clothes, and let's not forget her very cool voice. Y es, some of her songs may use some non church vocabulary, but some are ok. I've gotta say, she's a singer, and she can sing. ANyway, K and I had a girls night in last night while the boys were at father's sons, (I'll blog about it tonight) and we did some major make up, hair and dressing up. I just downloaded the pictures and realized, I somewhat look like a chubby version with a bigger nose and smaller lips, of Amy Winehouse! Oh, and ignore the junk pile behind me...we're having a yard sale in a couple of minutes. ha! SO this blog post may have some of you thinking, "wow Kristal is a bad person". But I say, until I start singing dirty songs, and wearing tube tops around town with my joint in one hand and my baby in the other, I'm doing ok. 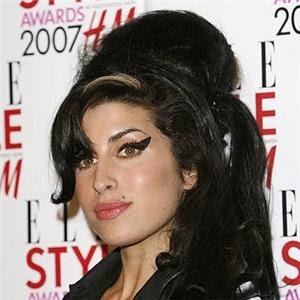 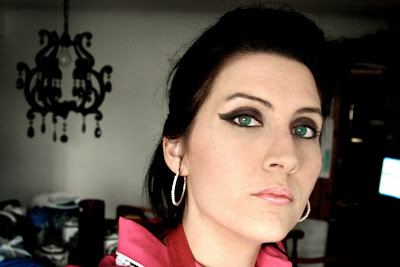 You are way prettier than Amy Whinehouse!

Definitely see the resemblance, but I agree with Amy, you are way prettier!