This week we got ready for the big T man's birthday party.  Vivian helped me make about 10 dozen cookies.  It actually happened that she spilled sugar all over my newly moped floor (thanks Kam) and I got SO frustrated...then seconds later, Pearcen came in a spilled milk over it as well.  I walked away, realized that's my life right now then came back and finished the cookies...then cuteness happened.... 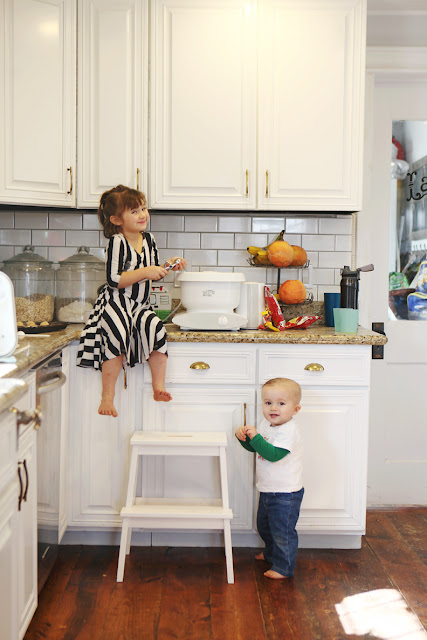 Jaden loves Truman almost as much as I do.  He's constantly saying how cute he is and getting hugs and kisses from him.  And of course, Tru loves Jado. 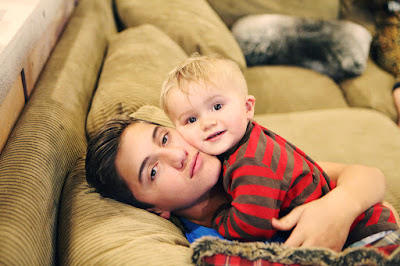 Boston used the tripod to make a cute little sheet wigwam for Tru...sadly, Tru didn't like to stay in it. 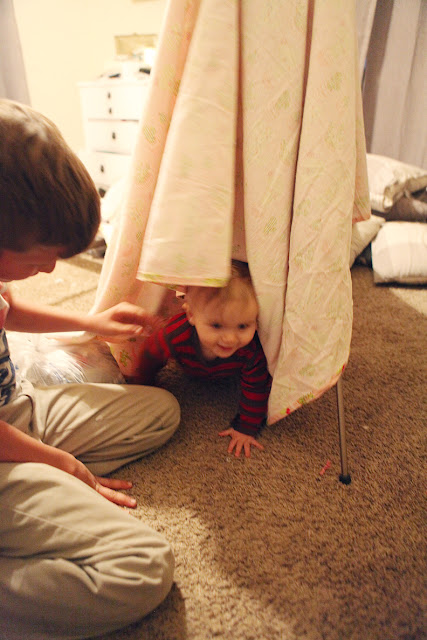 But he did like eating a Larabar in the middle of the kitchen floor like Cookie Monster.  Honestly at least half of the bar was all over the floor when he crawled away from the scene. 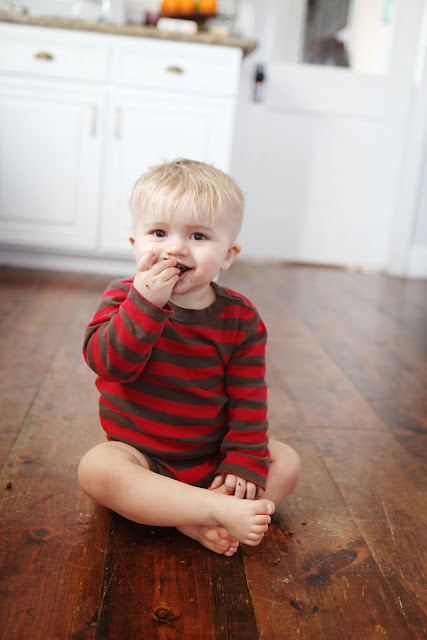 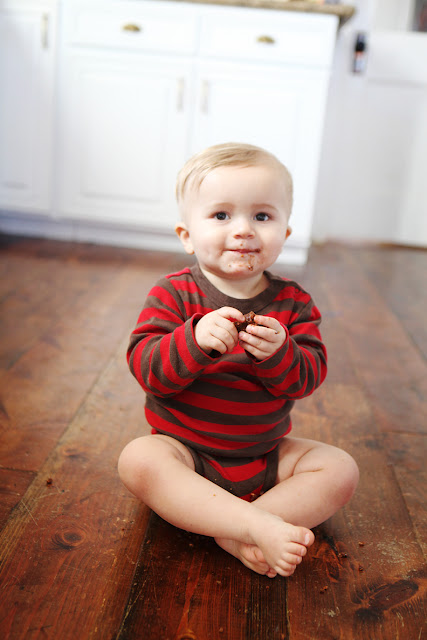 Valentines night I played the fun mom for once and made a mystery dinner.  The kids had to chose 3 things from the menu and they had to eat what came.   Vivian got frustrated because she ordered a drink, pasta, potatoes and no fork or spoon or knife.  Didn't seem to bother Boston much.  Jaden got a huge plate of dessert to start with.  The menu was Troll code since the kids LOVE that movie right now. 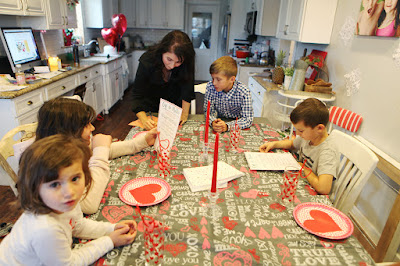 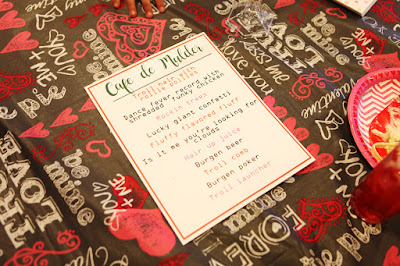 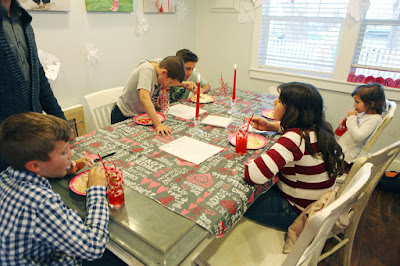 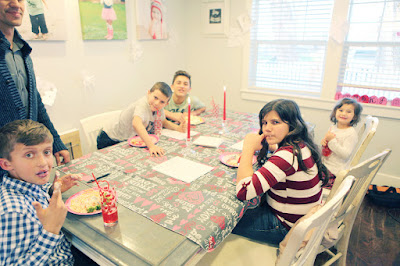 Jase and I helped the kids make their dream valentine boxes...which took a couple of days and were trashed the day of the party.  But here's Pearce with his bat mobile... 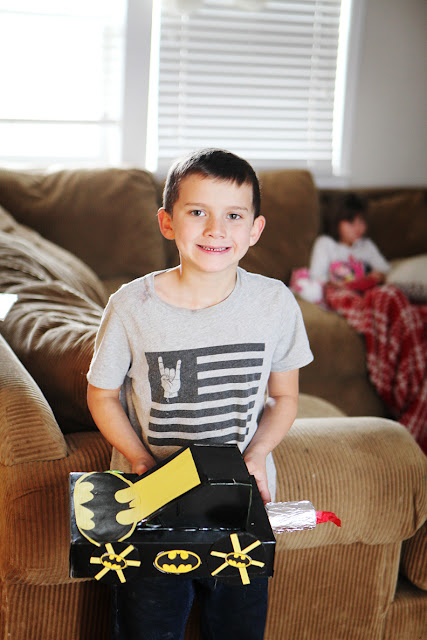 And Boss with his lego batman. 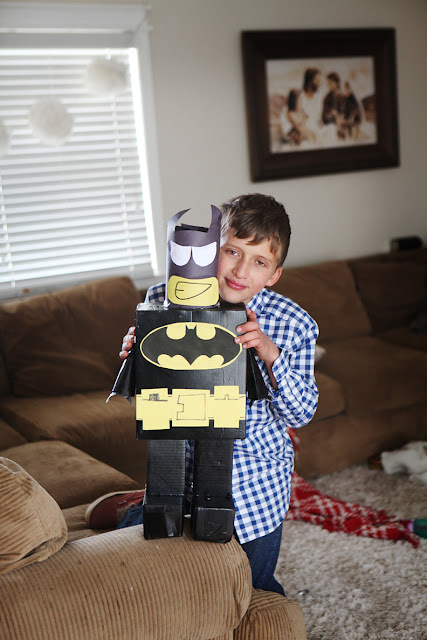