Last Sunday we celebrated Tru's first birthday.  We had the Woodsides and Grandma and Grandpa over.   It was a lot of fun.   We went with Cookie Monster theme since I'm a bit addicted to cookies right now.  I made about 10 dozen to use in the jars, on the cake, in the bark, and in the ice cream...probably ate a dozen in between making all of those (hence the big belly)
First we let Tru do his smash cake, which I don't think he understood.  He was nervous to dig in.  Very delicate.  He didn't even notice it for a few minute when we sat him down because of all of the attention from everyone staring at him. 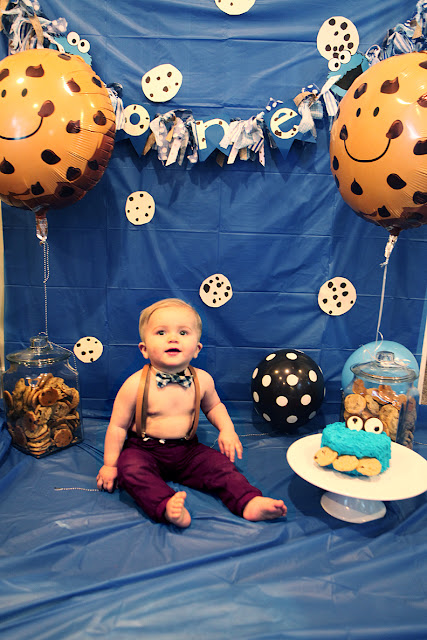 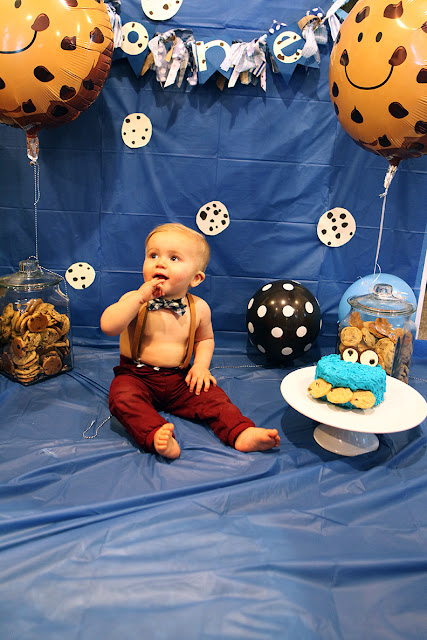 But when he spotted it, he went straight for the cookies! Atta boy! 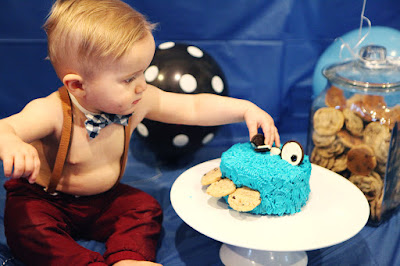 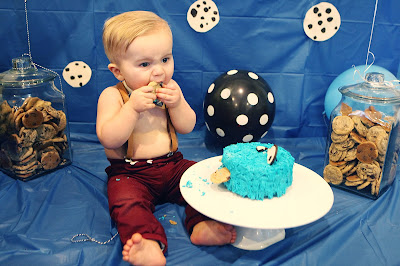 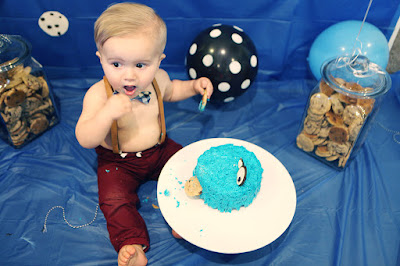 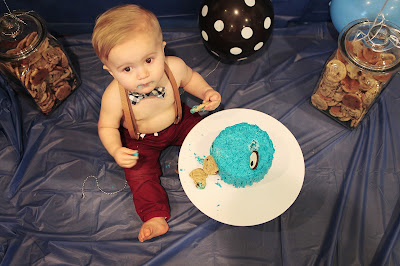 We kind of had to shove his hand into the cake to let him know it was ok, then he had a good time.  But not eating it..... 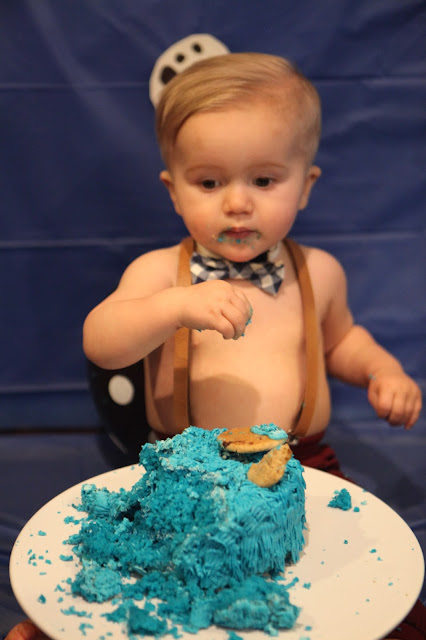 THROWING IT!  He loves throwing and flipping things right now.  Cracks us up!!! 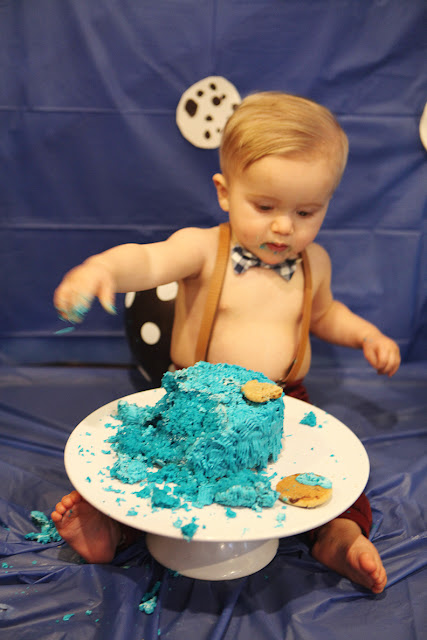 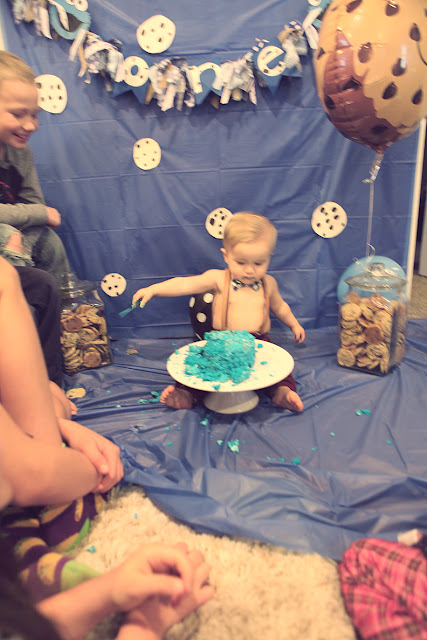 So we decided to go to the presents...which of course he had NO idea what to do with. 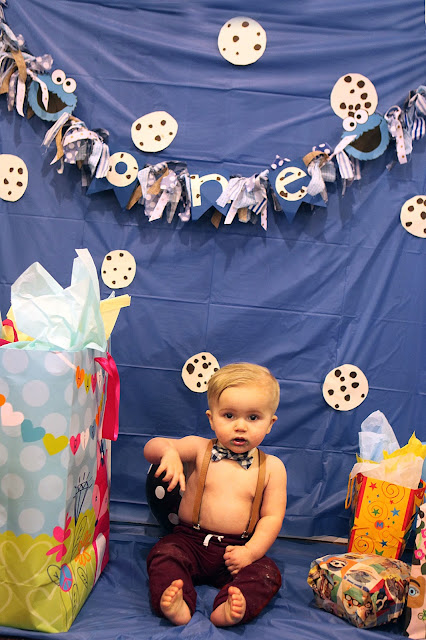 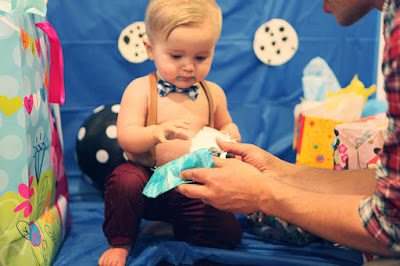 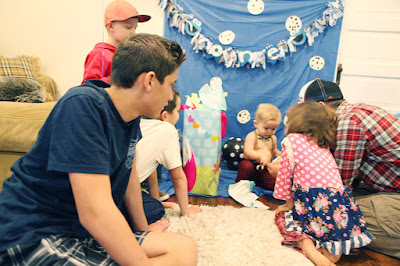 And he remained expressionless the whole time. 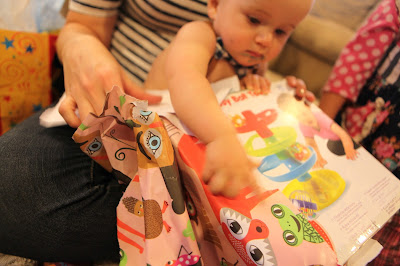 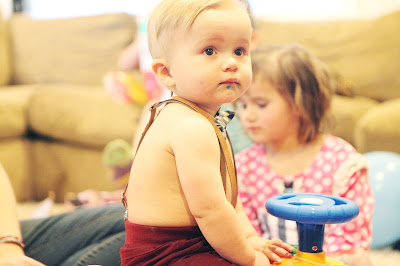 Until Vivian started helping!  He loves his siblings!!!! 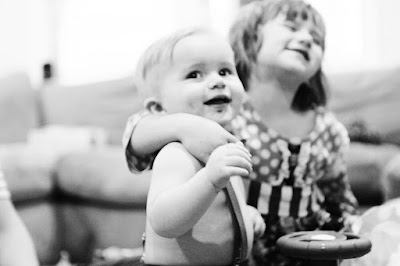 A quick shot of toothless for the books... 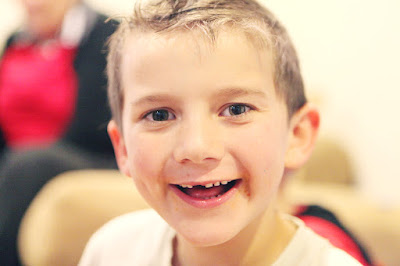 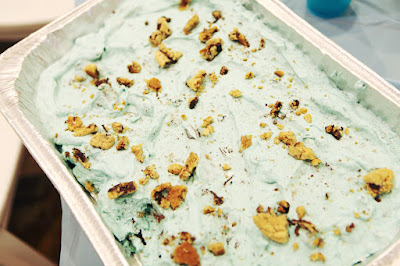 But the hit of the night was the walking toy that Grandma and Grandpa gave him.  He LOVES walking with it, and within a couple of days of playing with it constantly has started taking a few steps on his own.
It was funny to watch. Every time he would walk with it, we would all laugh and give him attention, and he would squish up his nose. 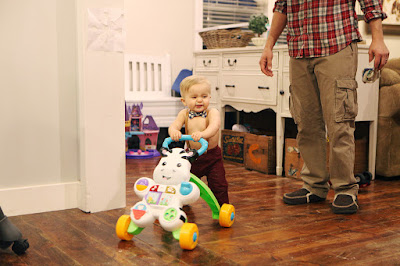 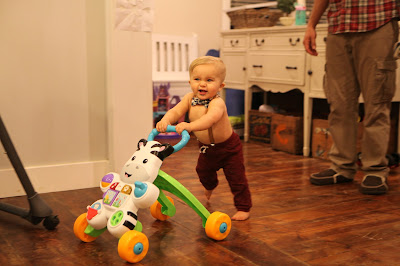 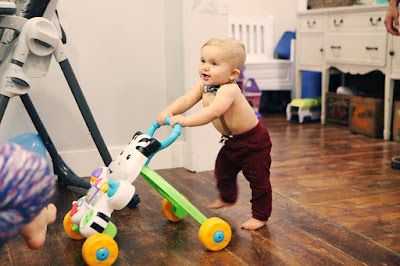 It was a lot of fun looking at how Tru has changed month by months.  His looks have changed so much, especially in the last 4 or 5 months. 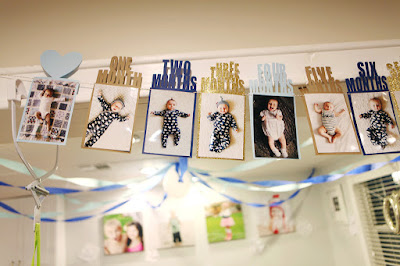 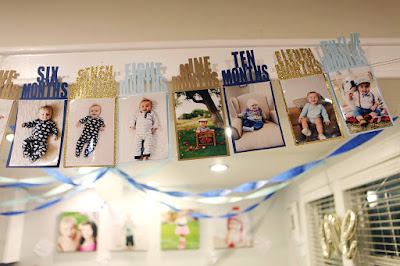 Our family would be so incomplete without this little guy.  He makes us all happy EVERY...SINGLE...DAY!!!!  He's got the sweetest personality and loves to cuddle, take steps, dance, eat avocados, throw and flip things, loves grandma, even though grandpa is making his way back into his heart, being outside, splashing in the tub, opening cabinets in the kitchen and clapping.  He's the coolest baby!!! Love you baby Trubear!!! 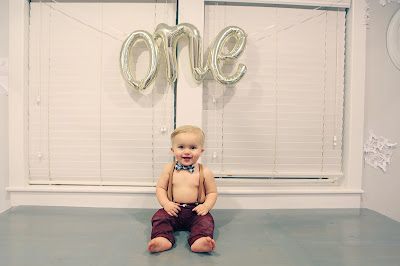