What I learned in Cali

We just had a fantastic trip to Cali. We were able to take Bet n Brian with us. He needed a vacation, and we needed to get to know him better, so it all worked out. Oh, and I needed a hot couple for some vintagey beach shots. nice.
Ok, my pictures uploaded backwards, so we'll start with monday. Disneyland.
What I learned.
1. We're not huge Disneyland fans. Too much money for too many crowds, too many lines, and not enough thrills. Although, we did have fun, and we're glad we went...as always. We just realized that the beach was just as much fun, and free!!!!
2. Take family pictures the second we get there instead of after the water rides and at 5pm when we're all frazzled..... 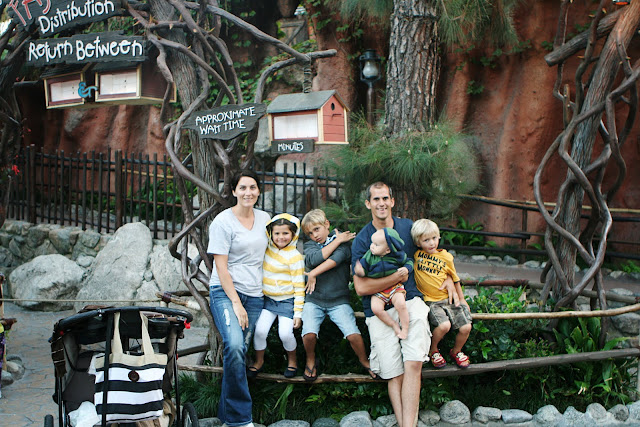 3. Teacups really are more fun when you AREN"T actually in them! 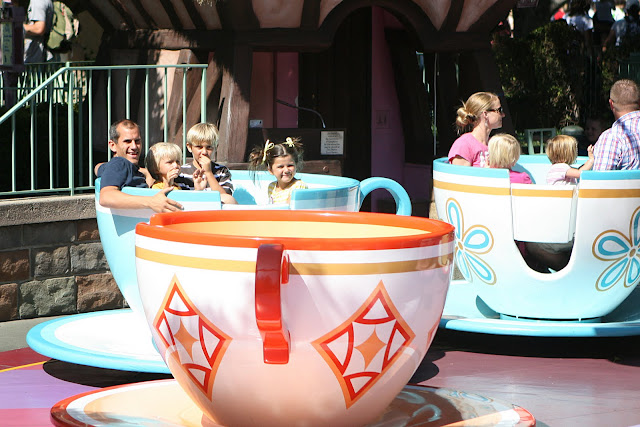 3 again. Boston has no fear. Jaden was so scared to go on Splash Mountain, and Kam was usually afraid as we were in line for about any ride, but they all loved it afterwards and wanted to go on it again, but Boss didn't show fear for any ride or any person for that matter. He'd go up and smack maps out of people's hands, and poke people's bums, and ask "who you?" to anyone. The only time we sensed fear was when we saw the picture of him for his first time down Splash Mountain ever. he was in the very front seat and he was looking straight forward with scared eyes. But he did space mountain like it was nursery school. He's awesome. Pearce was able to go on Pirates and those first 2 big falls, he'd climb right up me and wrap his tiny fat arms around my neck and panic. Made me feel so bad, but I LOVE when he cuddles. He laughed through the rest of it it though.
4. I have the easiest baby ever made! Him and I sat out a lot of the rides and he honestly looked like this ALL day long...no naps, 6am-8pm..just like this.... 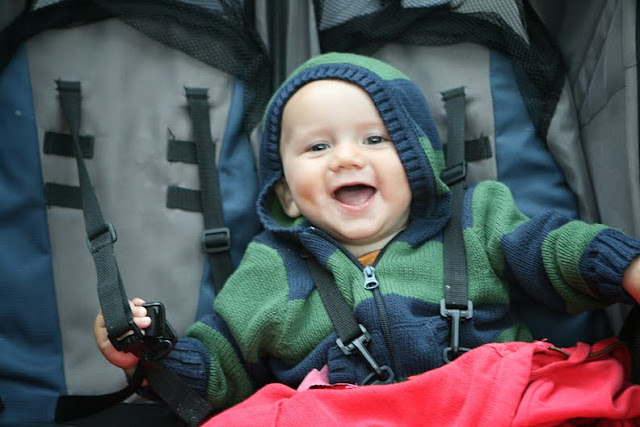 5. A shot of all 4 kids looking and not making a ridiculous face....impossible! 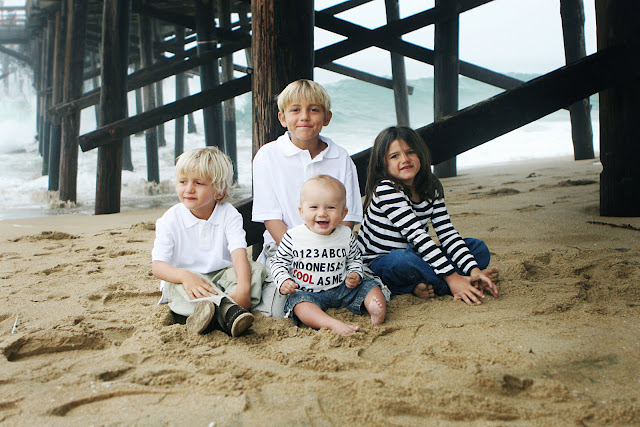 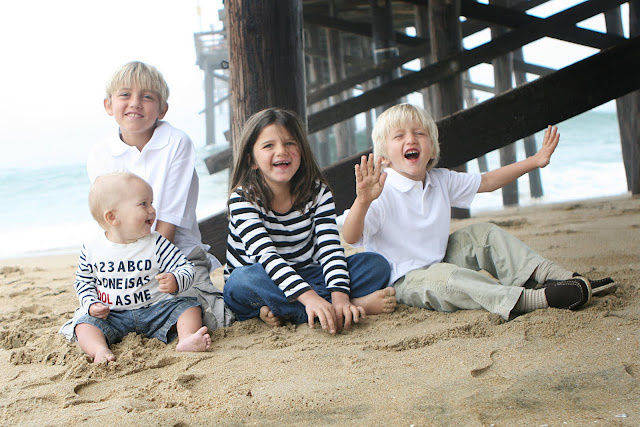 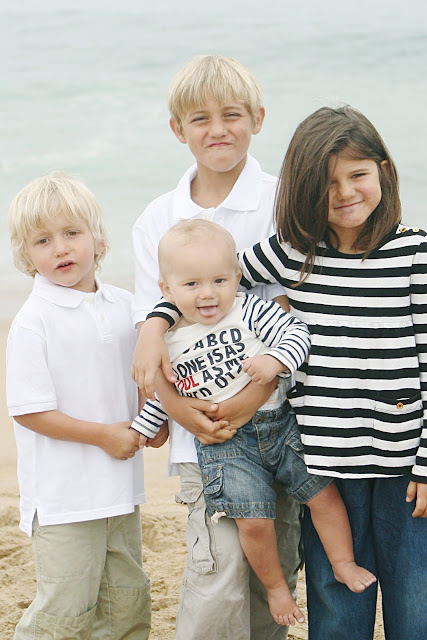 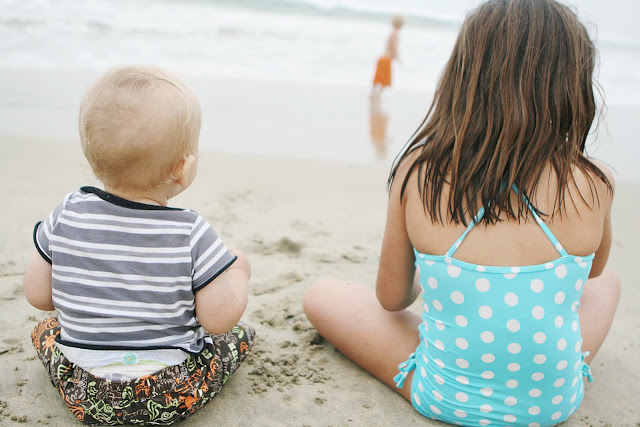 11. Peanut Butter M&M's give both wonderful road trip satisfaction, and amazingy next day caloric guilt.
12. I'm a minority in California.
13. My kids are 3/4 minority in California.
14. Pearcen likes to dip his paci in sand.
15. Jaden is an awesome singer . We know this because he sings Bon Jovi, or as he says John Bovi, all the time with his MP3. Shot through the heart is his all time fav.
16. Jase is the best dad ever! I already knew that, but the Cali trip reconfirmed it. 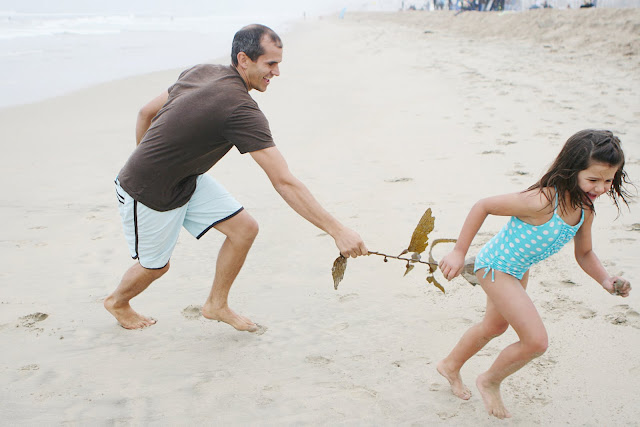 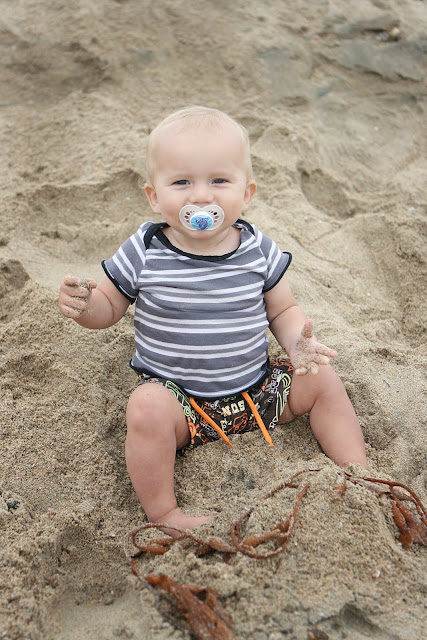 19. Chipotle tastes good in many states.
20. Don't let Boston stay on the elevator longer than anyone else. We lost him...whatta surprise. He hopped back on after everyone was out and pushed a button, and bam, gone! I hopped on one, Jaden and Kam hopped on one, Jase stayed on the Lobby Floor, and Bet and Brian stayed at the room. After about 15 minutes, he showed up on the lobby. ugh! Kid! Hold still!!!!
21. Nothing makes me more happy that Jaden's smile. NOTHING! 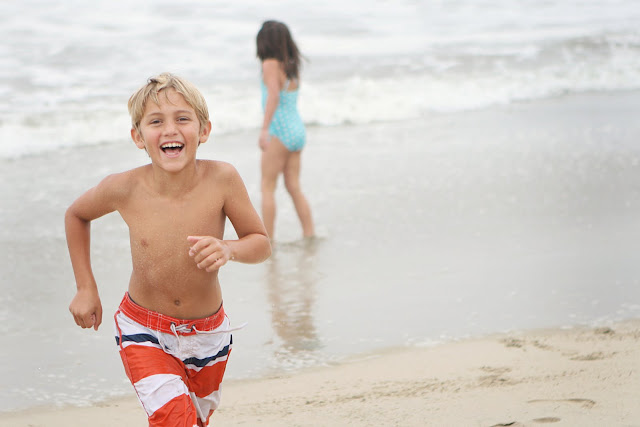 20. When given the choice between sneakers or flip flops for Disneyland, chose sneakers.
21. Frozen chocolate dipped bananas taste better if you wait through a parade to dig in...nice and melty.
22. Disneyland CAN be done w/o consuming a churro....but I dont' recomend it...and I will NOT be doing it again.
23. Ocean water CAN still be freezing in September.... 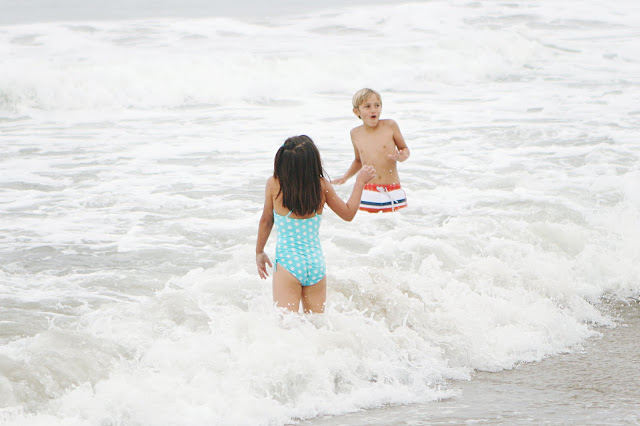 24. But after 15 minutes of playing in it, you forget.
25. I have the coolest family ever.
26. I have the coolest neices ever! I'm so glad they came. It was awesome to get to know them as a couple better, and so great to have the extra hands to tackle pearce and boss. And it was Brian's first time to Disneyland...FIRST TIME!!!!
27. Boys are sweet! 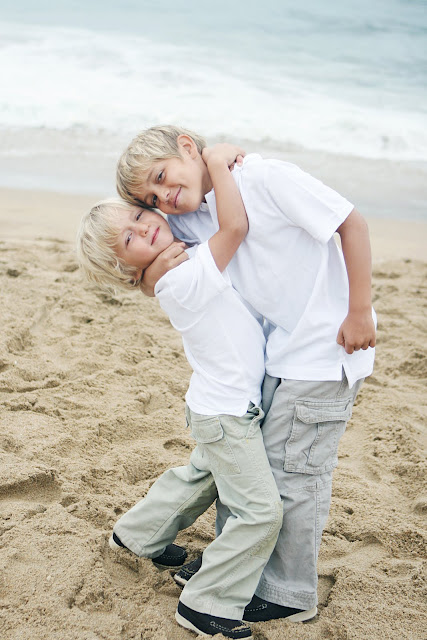 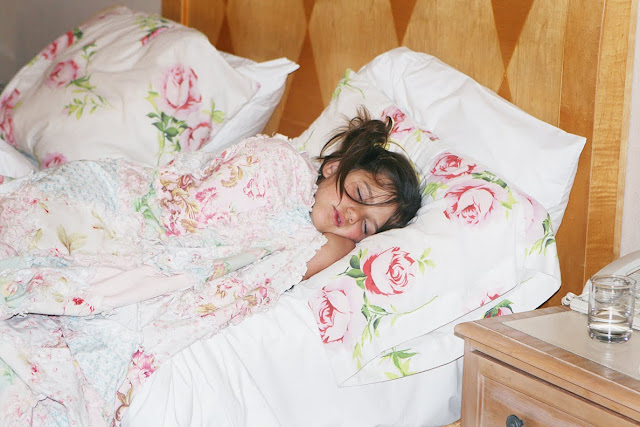 sooo. i take it you didn't learn anything in Cali????

suck it ashley biddle! Hey, do you guys wanna go to Cali next spring? When is your spring break? Do you have all of your kids? Let's plan it yo!

this looks like such a fun trip. the kiddos are huge!! cute pictures. and we miss you guys.

What a fun way to journal that! Love the pictures-can't believe how grown up everyone is. Did you get my phone message? LEt me know what weekend works best for a reunion.

Ok when we go to Cali will you come and take awesome pictures? I seriously LOVE every shot you took!