This week has felt awesome!   There's been the same chaos, but so much productivity!  One of my goals is to help my kids be more productive with their free time, and another is to speak more positively to my kids...the two don't really go hand in hand with me. ha!  But this week went well.   There was still a lot of apologizing, and lessons learned, but so much got done, and I feel like so much was learned by  all of us!
On Tuesday,  I got to go to the movies in the middle of the day...with my two favorite guys...my dad and Jase.  We went to Hidden Figures.  There was a part where one of the women was so grateful to her husband because he did all he could to help her go back to school to get her masters to work for NASA as an engineer, and for a second I held a grudge because I remember the first few years out of college, everything we had went towards Jason's clinics and all I wanted was to take ONE class or workshop or to be able to set up a real studio, and I feel like not being able to learn more and go farther with photography is kind of what made me be done with it. I watched friend after friend pass me up because they went to workshops, or they got a studio with great lighting, and I went 13 years in photography without a single class or workshop.  But then SO quickly after holding that few second grudge, I realized he's helped me reach my #1 dream and only important dream....all of these amazing kids, and the fun houses (and some not so fun houses) we've lived in.  We've had so many adventures. A nd although I would have loved to have been settled about 6 moves ago, I'm grateful for the friends, changes, challenges and lessons we've been given with each move. 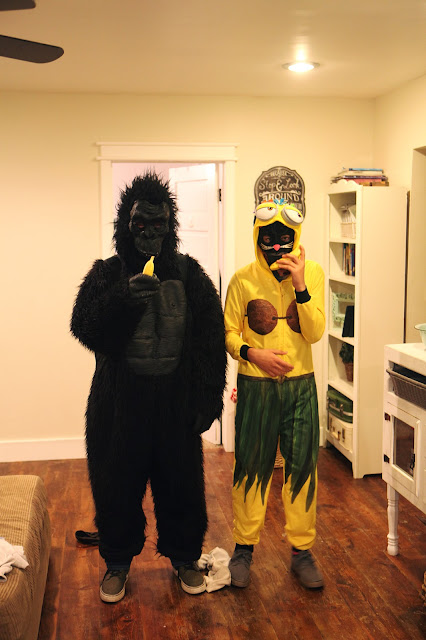 Tuesday night, after riding the quads for a couple of hours, Jaden and Josh dressed up and went to Walmart....the second they walked in the greeter pointed to each of them and said, "nope, nope"...so they had to take their masks off (understandable, haha) but they still went around to different sections of Walmart and asked people, "do you know which one of these mouth washes is the best?"  or "do you know which cleaner works the best?" for that one they got a good 10 minute answer.  Then they fake tripped, falling all the way to the ground to see what people would do.  Small town fun cracks me up! 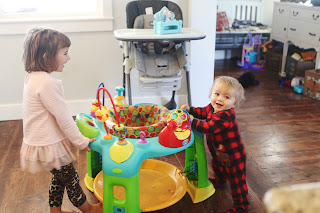 Wednesday, Vivian pulled Tru around on his exersaucer. He loved it!   He was walking with it as fast as his chubby legs would go.  She's been really sneaky about being mean to him, but she's of course, very out there when she's sweet to him, which is now finally, outweighing the sneaky moments.  She's a pistol.  I feel like I'm raising Kamryn all over again...which is fine, if she turns out as great as Kam I can endure. 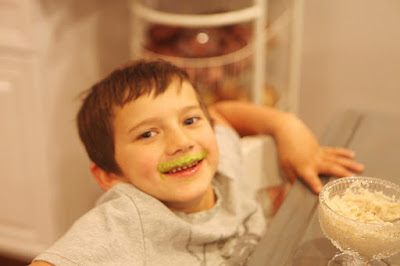 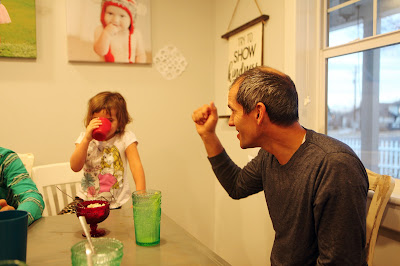 A couple of days ago, Jase made us a really. "yummy" breakfast.  We're doing his diet, and we're in the hard part, so it's only vegetables and some meats and eggs, and we're all burned out on eggs, so he steamed and squashed cauliflower and added coconut oil and cinnamon hoping it would taste like oatmeal...um, no.  Then he made a shake using only vegetables and coconut oil....um, no.  So we made it a fun morning chug challenge and every kid drank he whole thing!!! 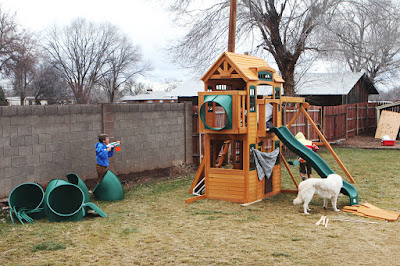 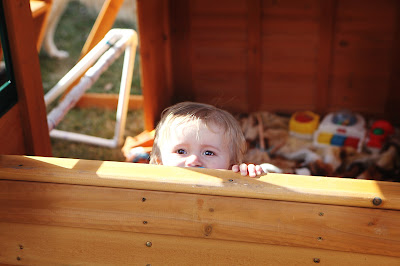 This weekend we made Saturday a project day.  Jase and Boss worked on the playset, Jaden made corn hole boards and I made wooden signs.  Kam kept the littles busy by making the bottom part of the playset into a fort. 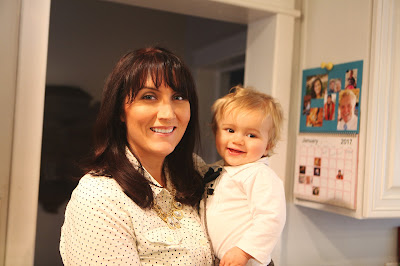 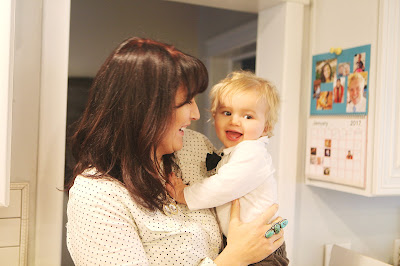 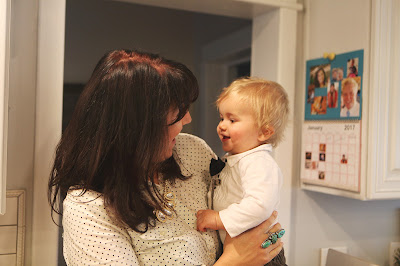 This baby!   He is the center of our world...all of us.  I spent a good part of my evenings just watching the older kids love Tru and make him laugh.  Jase snapped these pictures of me and Tru yesterday after church.  He loves to be tickeled around his neck.  He busts up laughing.  When the kids are loving on him I throw out there "why don't we have another baby?".  I get a mixed response...actually it's 5 yeses and one no....Jaden.  haha! 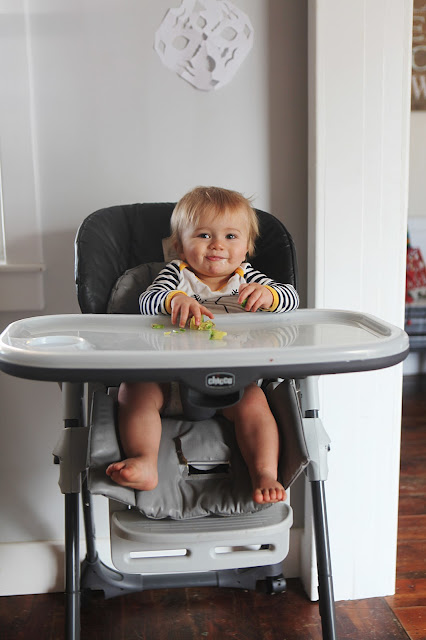 This is just baby Tru in his favorite spot eating his favorite food...which are both the same as his big brother Pearcen's at that age. 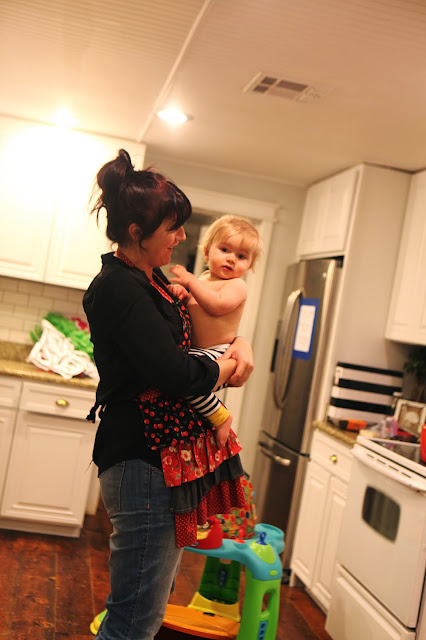 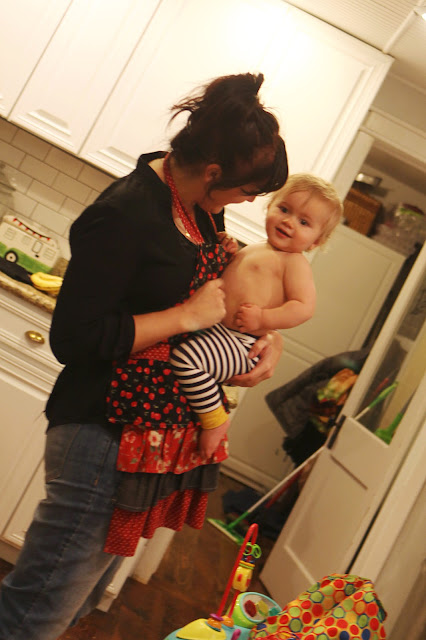 And Boston took these pictures of Tru and I dancing in the kitchen the other night as I was making dinner.  Alexa has jams pumping all day!  Usually either Hilary Weeks, Newsies, Trolls soundtrack, Classical or I can make your hands clap.  haha.   We're all in phases.  It'll pass. 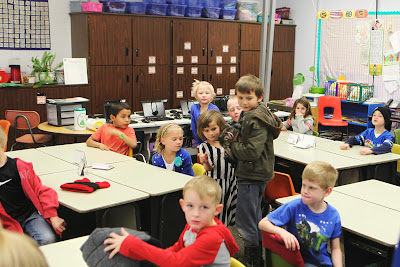 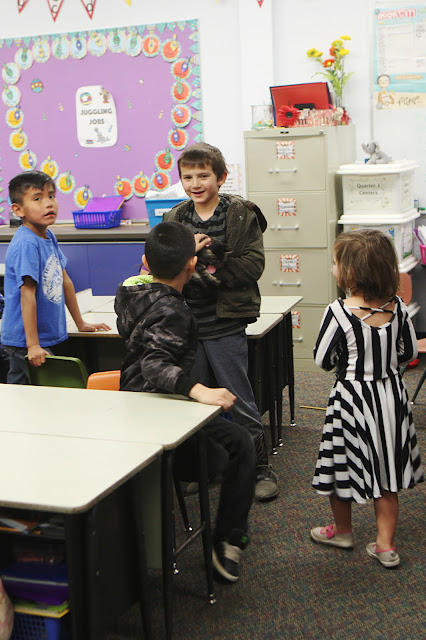 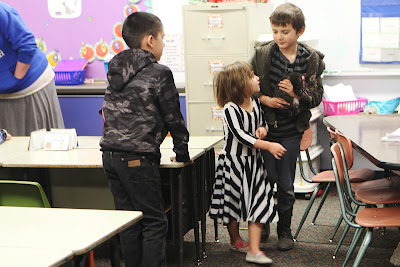 Friday Pearcen was able to bring in the kitty for show and tell.  I don't know if he's ever been more excited.  He loved it! And of course, Viviany loved to be the little sister helper. 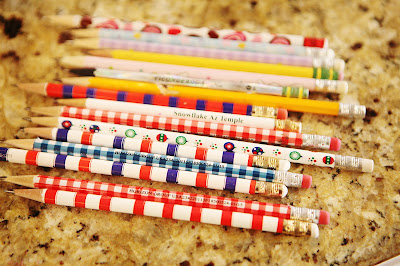 I spent a good half hour collecting and sharpening pencils on Friday, only to realize that we'v stolen a pencil from the house of de Lord.  whoops! 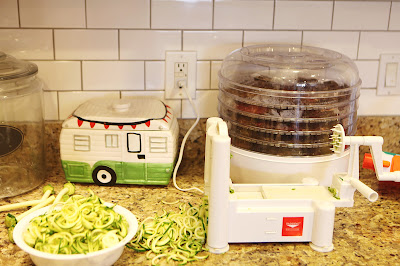 This diet...this diet is DUMB!  I'm not starving, but I'm feeling deprived.  Jase made elk jerky which I DID NOT eat, and I made some zoodles, which I do not enjoy without either butter or  spaghetti sauce, which I can't have either.   So Sunday, I ate 2 bites of Vivian's hamburger, a couple of brownies and an apple, all not allowed.

Today is MLK jr. day.  To celebrate, we worked on the playhouse some more, we helped grandpa put his Christmas decorations away, we watched Storks, we cleaned, went to piano lessons, I made a bench and a shelf, went to aerobics and we'll probably watch Last man standing after dinner and I might say how great civil rights are somewhere in the evening.
Posted by kristal at 11:36 AM