Saturday we got a bunch of snow so I took Jaden and Boston and Kamryn and a few of Jaden's friends tubing/sleding in Show Low.  I was not a fun mom this day, and I just dropped them off and went to Ross for a nice quiet hour of leisurely shopping which resulted in a valentines table cloth, a bathroom rug and dill pickle chips.  nothing too exciting.  These boys crack me up!  They so ridiculous and crazy.  I'm glad they all have each other. 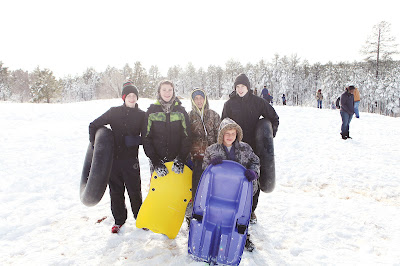 I stayed long enough to watch my 2 boys go down (Kam didn't get out of the car until I got back to it, but she didn't end up sledding because her pants and socks were NOT snow ready, I don't blame her!) 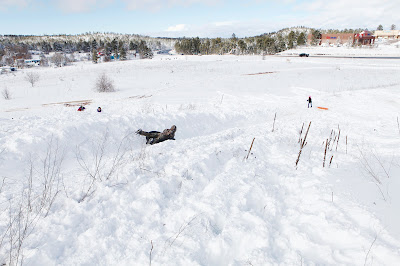 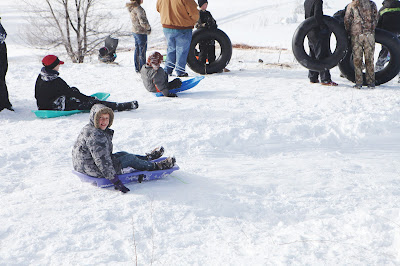 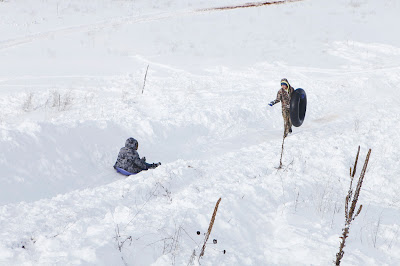 It was a fun hour and a half for them, followed by Freals at Maverick....when they were already cold...again, ridiculous and crazy!
That night Jase and I got to go out with our good friends Justin and Kiri. Since it was so snowy out we just went to the Italian restaurant right behind our house.  It's SO good, but so slow and so expensive....but our conversation is always great with those two!

The night before we took our 2 straight A boys out for the seafood buffet up at the casino...IN A BLIZZARD!  We literally had an SUV spinning around in slow motion right by us as we were driving.  I yelled "JASE"!  And he looked out the window just in time to see it's headlights pointed right at our car about 3' away!  Luckily he was smart enough to keep going because if we would have stopped, it's back end probably would have clipped us....but we did watch to make sure they were ok. They didn't even go off the road, and they were far from the few other cars that were dumb enough to be driving in it. Anyway, it was AMAZING to watch Boston eat crab and shrimp.  We all filled up in about 15 minutes...he went on for about an hour. He would grab a dessert, and we'd think he was done, then he'd come back with a whole new plate full of crab!  Pearce on the other hand looked at the buffet and decided order a cheeseburger (my kid for sure!). But he fell asleep halfway through the meal...so Boston decided to use his jacket to go under Pearcen's head because he knew the kid had a while to sleep there.  ha!  Funny thing, Boston's teacher was up there that night too!  Those two boys are so responsible with their school work.  Makes me so proud!