We had it coming….


I realize I've never written about probably the scariest thing to happen in my life….mostly because I was in shock for a while, then in crazy, "I've gotta do SOMETHING" mode for a while, and then there were just so many changes, I decided to wait until things stabilized a bit.  But I have always know that I wanted to write about it because I experienced so many feelings that I never had before. I've had crazy post partum depression since Vivian, I've been sad at the loss of grandparents, I've been worried with ailments that my own children have, but NEVER have I felt the anxiety and scared feeling of the unknown, but also felt the comfort and connection of Christ as I have since the day my mom called me and told me the news.

In early October I was sitting at home with the kids when mom called and we talked for just a minute before she said, "I have some really awful news" and then she didn't say anything, and I said, "what is it mom?".  And when she was crying, she said, "Tamee has breast cancer"(PS, I'm crying while typing this now).  I couldn't speak at all.  After about a minute,  mom told me all of the details and I asked when I should call.  She told me to wait.

I hung up, cried out loud for about 4 hours.  The kids came home and asked what was wrong, and I told them but didn't explain.

Tamee called me that next day and was chipper, up beat, determined already.  I again, could hardly speak. I knew she was just trying to keep everyone from worrying so much, and she has kept a positive attitude the whole time, but I was still in shock and didn't understand enough.

We prayed a few times a day for Tamee for months and months.  We still do.  The kids asked very legitimate questions to understand more.  The most common question: Is she better now?…every few weeks.

Each round of chemo was so scary. Her reactions were different every time.  I was mostly scared for my turn to go out.  I was nervous for how I would react seeing her bald. I was nervous if her kids would be sad. I was nervous for her having an emergency on my clock and I might not handle it correctly. I was worried for her….for her stupid cancer! 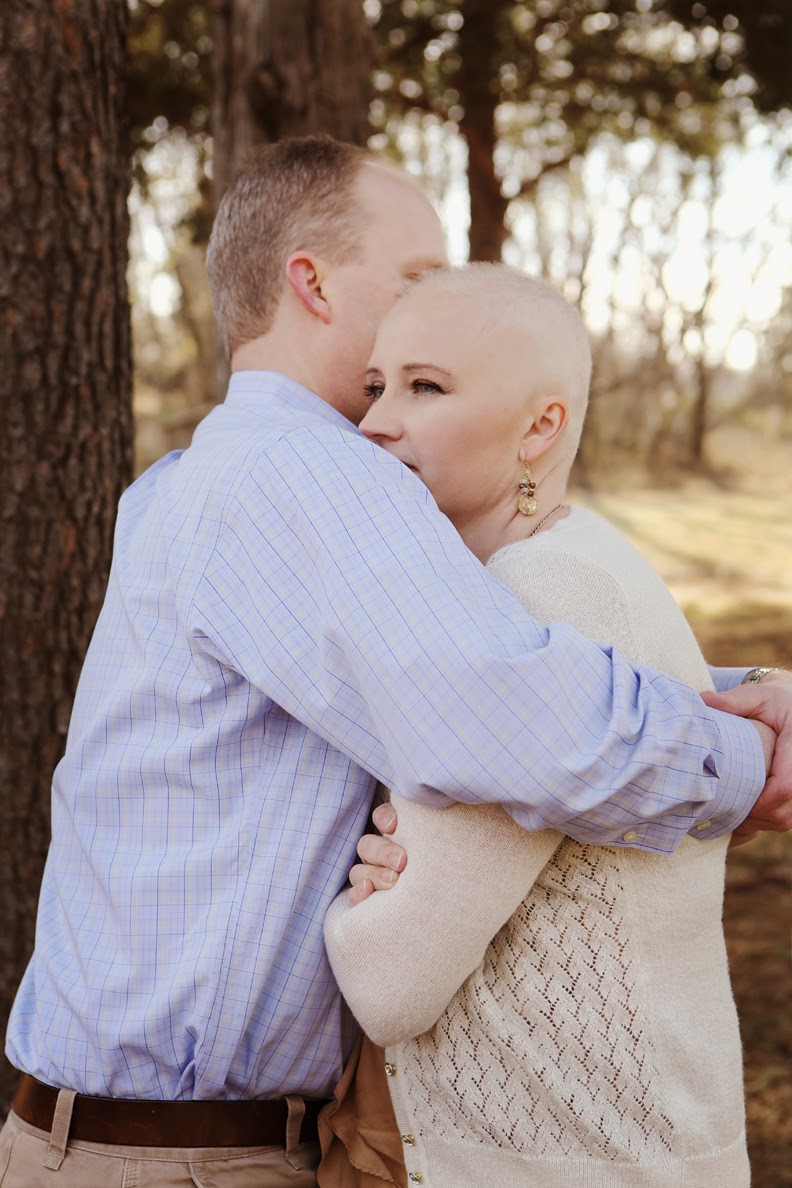 My flight day arrived.   I sat in the airport, nervous. (I freaking HATE flying, but nervous for everything else on top of that.   I got the Colorado ok, but during my layover I  researched bald women pictures to get ready to take some family pictures that Tamee asked me to do…and I lost it.  These women were beautiful in these pictures, but reading some of their stories and realizing Tamee is going through this and she's in the same stage of life that I am. I couldn't.  I know I couldn't.   I wanted to do so much more for her and I was just ready to be there!

When I got there, Keith and a couple of kids picked me up.  And then I got to see Tamee.  Strangley, I didn't even take a double take.  Hair IS a big deal, but when you've seen someone's face so much your entire life, it doesn't phase you much to see them w/o it. Worry #1, GONE!  The kids were all crazy and happy, just like being with my own.  Worry #2, GONE!

The day after the chemo Tamee took me out to an awesome Salmon lunch and we got to talk and hang out and just be together for a bit….then she went in to get her peanut butter shot (it's not really peanut butter, just has that consistency when they put it in her arm, it's really probiotics and stuff).  And then that night is when it goes downhill.  And it did.  She got very sick. I would see her for about 15 minutes twice a day.  But I was there to watch the kids and keep them happy.  And luckily I got martin luther king day and 3 snow days, so I never had to get them ready for school or do homework  haha.   But it was COLD, which as everyone knows, is great for circulating sickness in a house and her 2 littles had a stomach bug for a couple of days before I came…..I got it.  Luckily it was just for a day and a half, and it was just like having morning sickness with a little diraheaa (tmi?)…so I was fully functioning.  But then the 2nd to last day, things took a turn for the worse for Tam.  I got a phone call from her and it was a muddled, "Can you come up here?".  I ran up.   I won't go into detail here, but it was the saddest state I've ever seen a loved one in.   She asked me, "Can you call Tina? I need to go to the center for fluids". She was throwing up and had been for hours.  I hurried and found her phone and called Tina who came an hour later (which was when Tamee's appointment was).  When Tina got there Tamee had gotten even worse.  She had lost her strength and was dizzy.  We carried her to the car and she just laid her head down and asked Tina to take her to the ER.

Scared and crying, I quickly pulled it together before the kids came up from the basement and we continued to color and play monopoly.  I let Keith know, but didn't hear back from him for a few hours.  He then let me know that her potassium was low, her blood counts were low, she was in deed dehydrated and she was still sick at the hospital.

The next day I got my stuff together, tried to make things as fun as possible for the kids (on snow day #3) and then we watched TV and colored until my ride and the babysitter came.  I didn't get to say bye to her.

I knew I'd be crying the whole way home, but between the great talk I ahd with her friend Tina on my way to the airport and the adorable pictures of the kids that Jase sent me that day, I knew everything would be ok.

And of course, they were.


She's had 2 treatments since then…both a little rough, but they're DONE!~  and they did their job!  and she's feeling good and getting ready for her surgery!!! I'm SO incredibly glad the chemo is over and hopefully FOREVER! 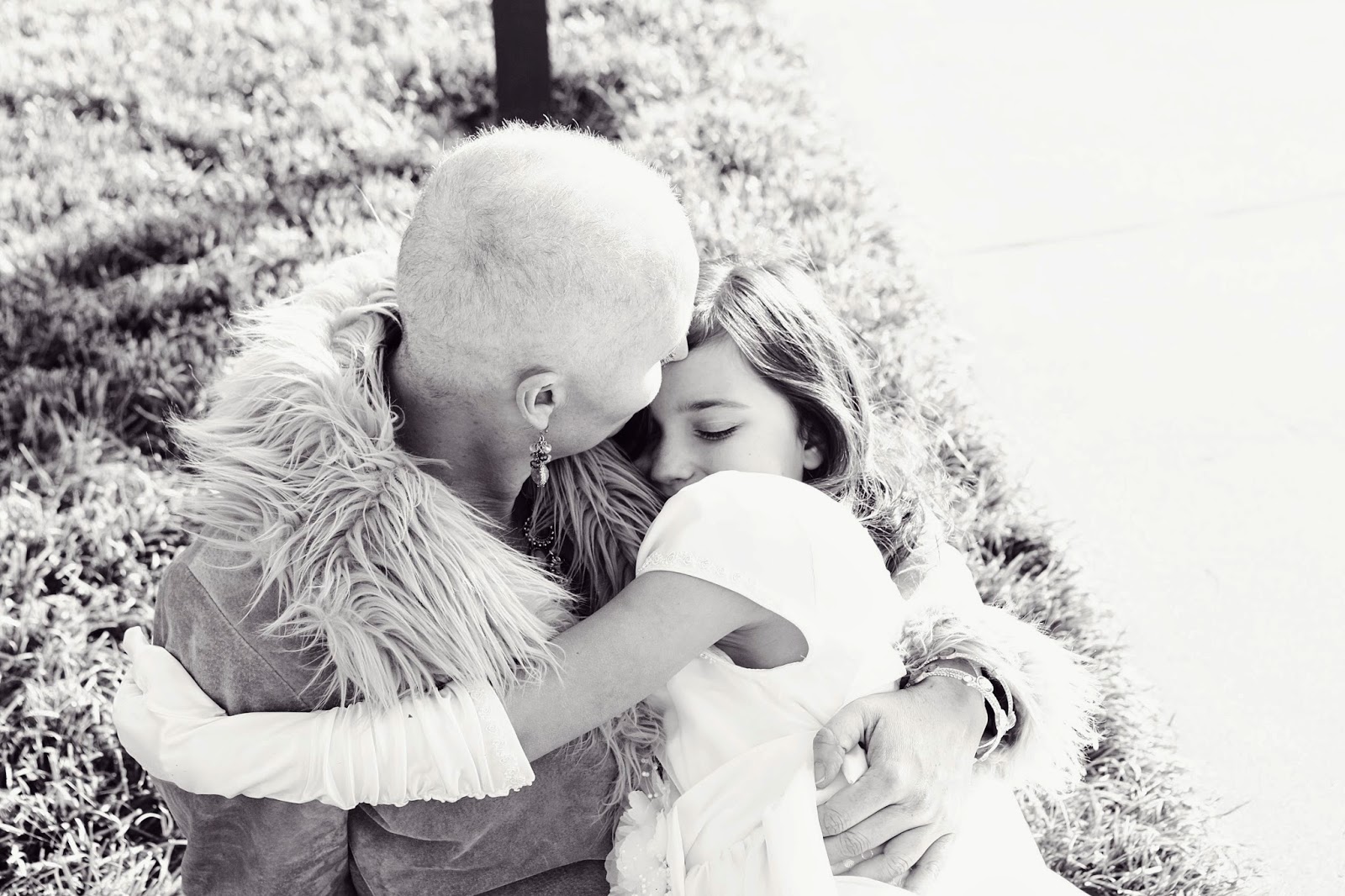 One day when I was talking with Tamee she made the comment, "I knew something would happen in our family.   We've had way too many healthy family members for too long.".  And it's true.  We haven't had any major ailments or disorders, or trauma (other than a few miscarriages, which were very sad).  And to have 16 adults and 25 kids  that's pretty amazing.  Which made all of this that much more faith promoting and family bonding.  I'm glad it's all going as planned and pray it continues to.

Kristal why did you have to make me cry so early in the morning? Seriously, I love you and hope that everything goes well.

What a beautiful expression of sisterly love kristal. ♡♡♡♡♡

What a beautiful expression of sisterly love kristal. ♡♡♡♡♡

Beautifully written and the pictures are so artful - I love you and Tamee - We are lucky sister, for sure.

That was hard to read with tears fogging my glasses...but I am glad I read it...more insight into this journey! I agree with Tamee, I feel that we have been so blessed as well and, like, you, I wonder if I could show the strength to see the blessings in the challenges! We have the answers if we can just " be still and know that I am God"... I love the crazy wonderful Paul and Sharlene Hatch Family!!!

What can I say..I'm a blessed Father and have five daughters better than I'll ever deserve.