Vivian just happened to turn 2 on the busiest weekend in Gilbert this year…the weekend of the Temple dedication and Cultural Celebration.  But luckily, that meant that grandma and grandpa would be down here!  So we threw in a waffle party Sunday night after everything was over.
Vivvy's favorite was when Grandpa Hatch put her up on the kitchen counter after the dedication and she just had to point at what she wanted and he would get it for her.  Good Grandpa! 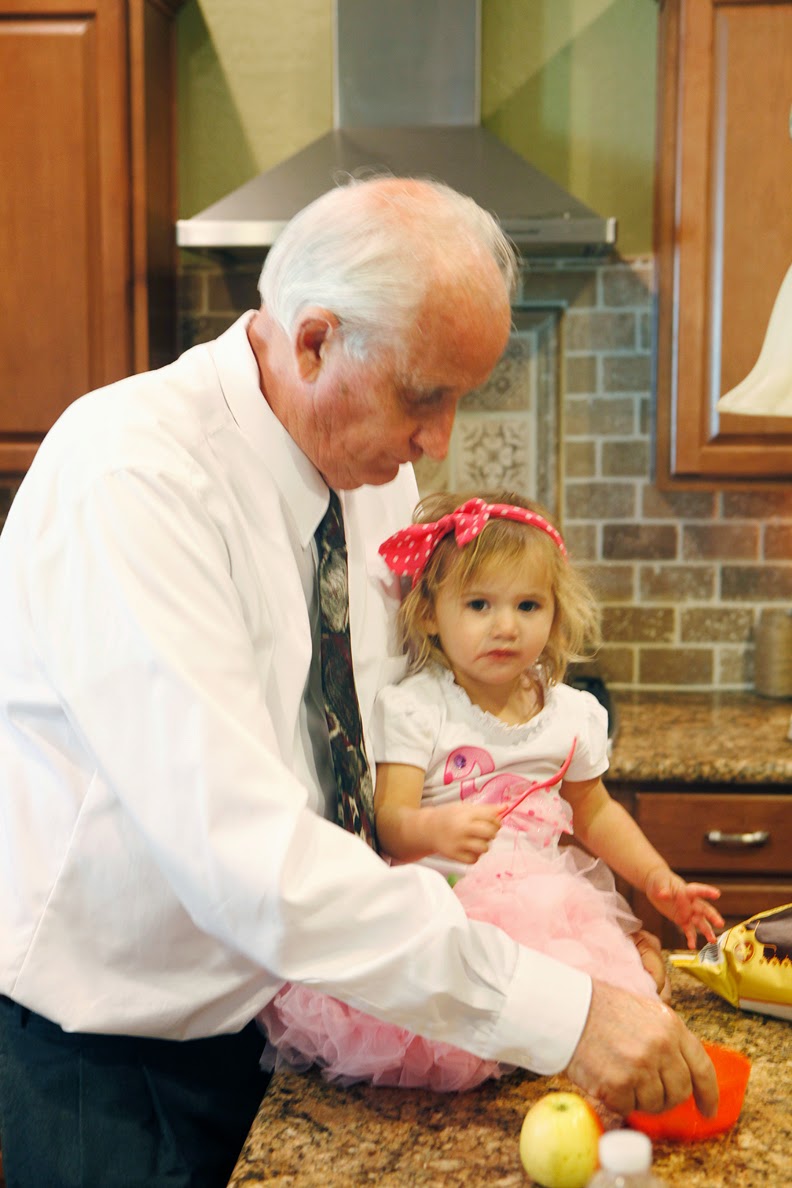 Then the waffle making began.  Our neighbors let us use their awesome waffle irons that made waffle animals.  And Jase made his sourdough pancakes, I made brownie pancakes and cinnamon roll pancakes, and everyone brought awesome toppings for them. 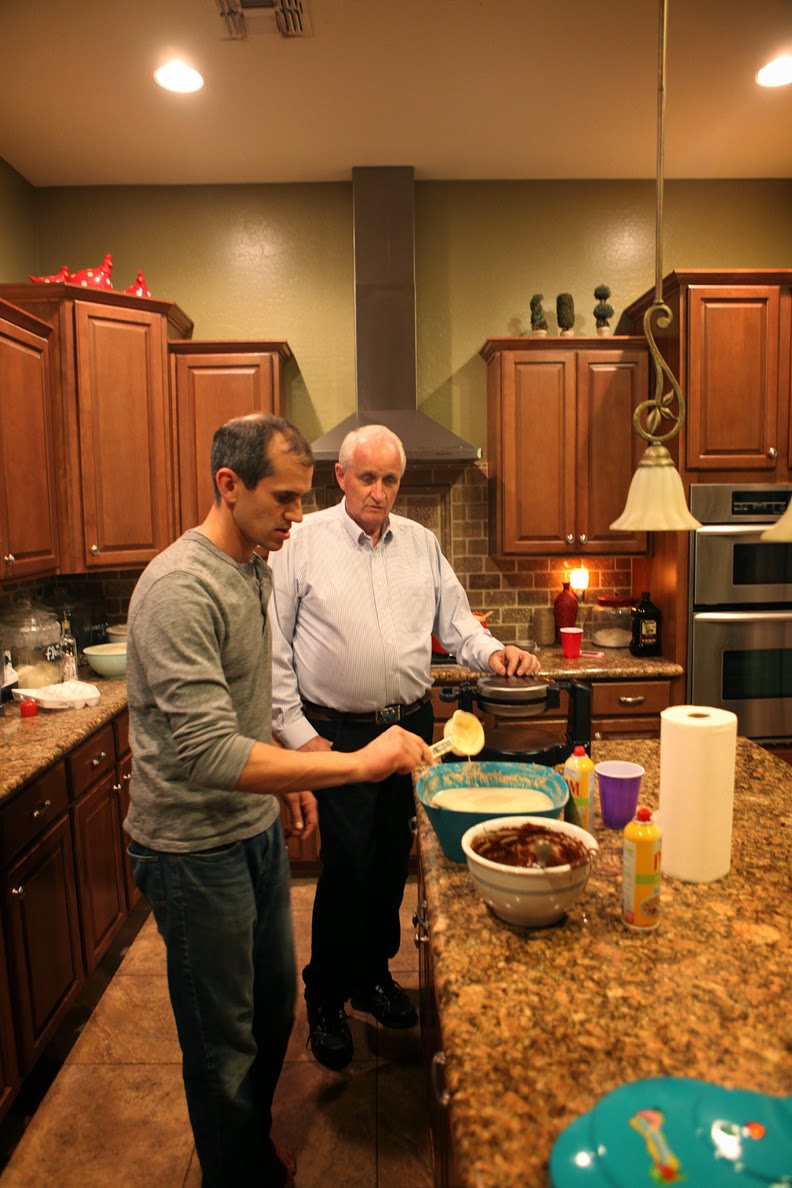 Viv had some support from the aunts…. 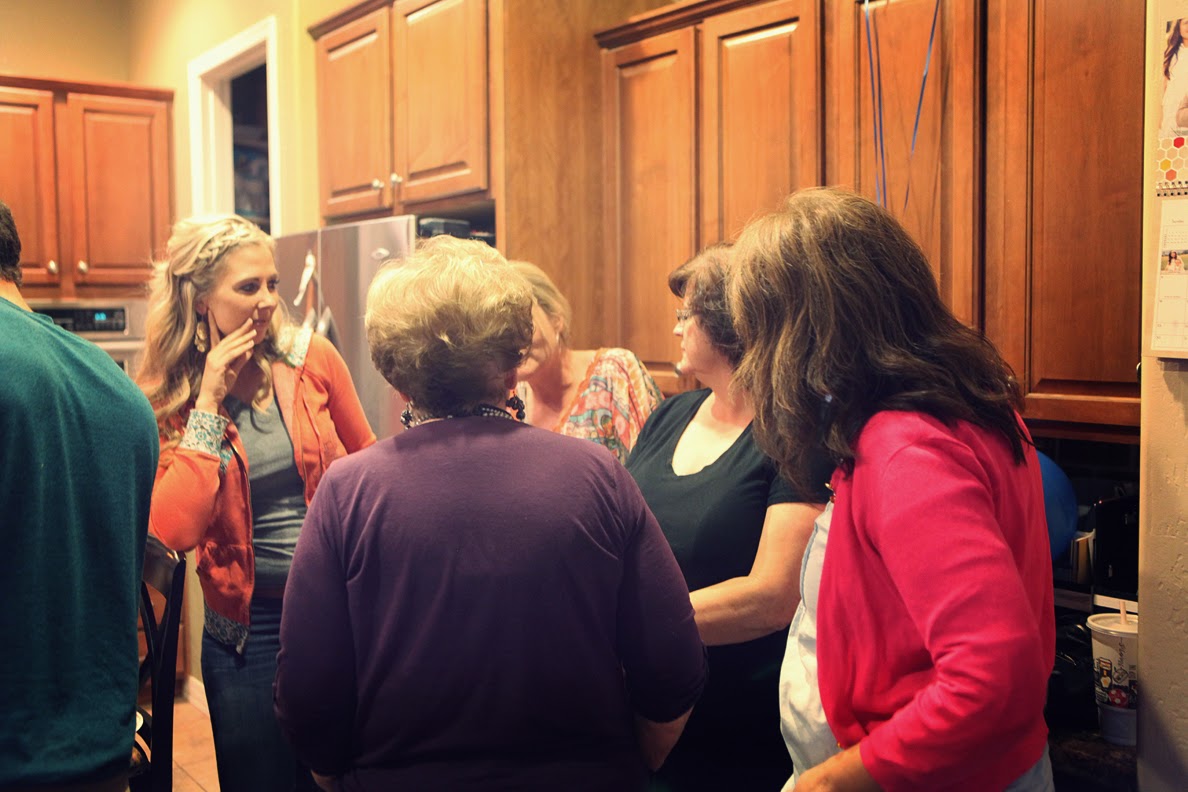 and more aunts and uncles and neighbors! 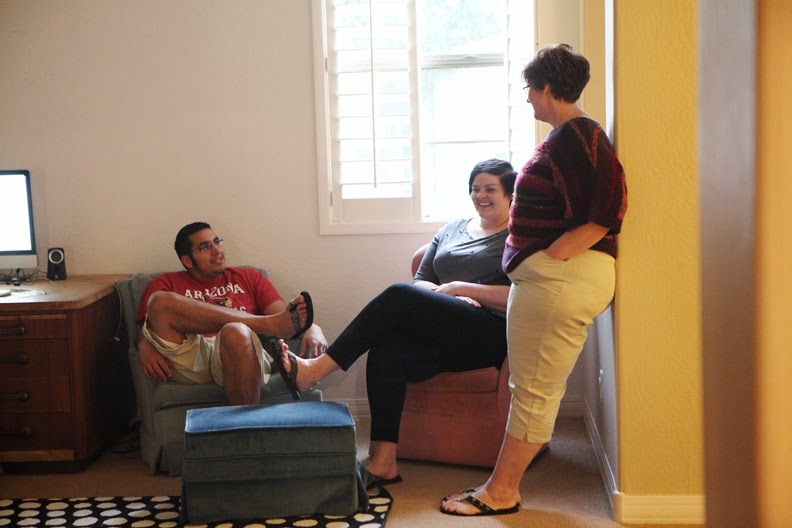 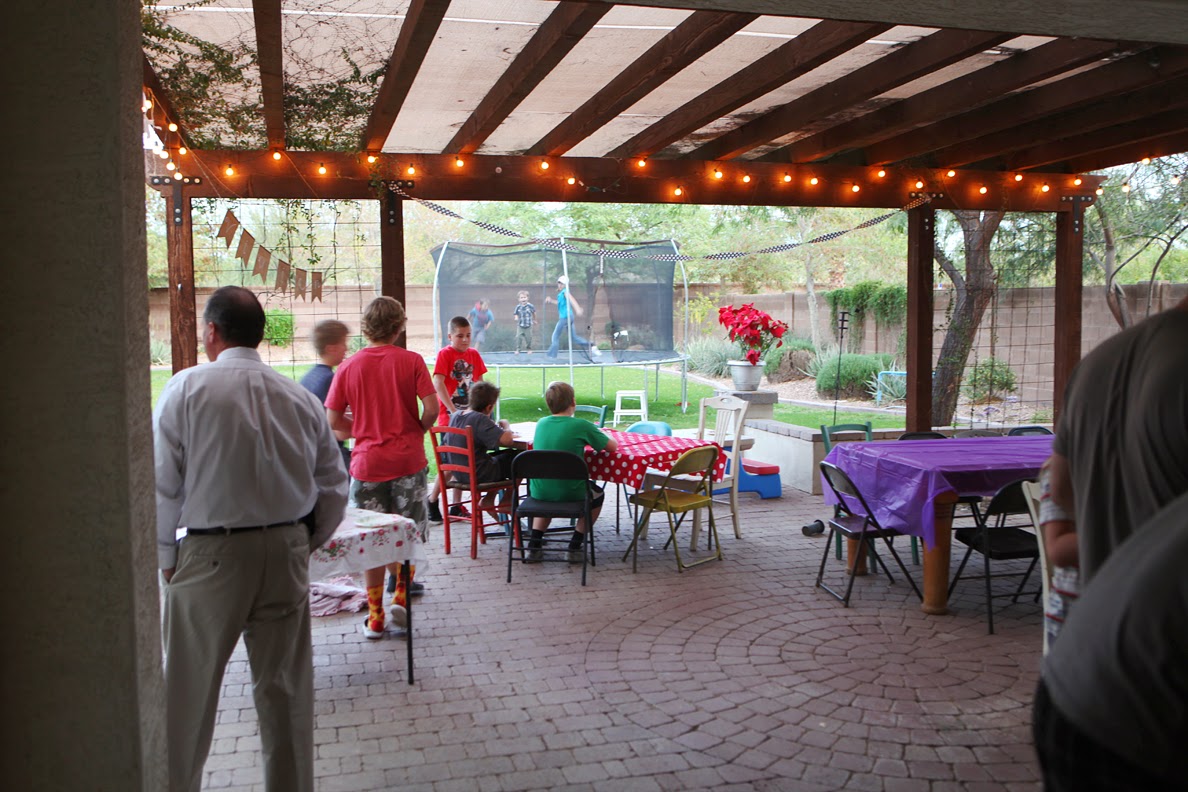 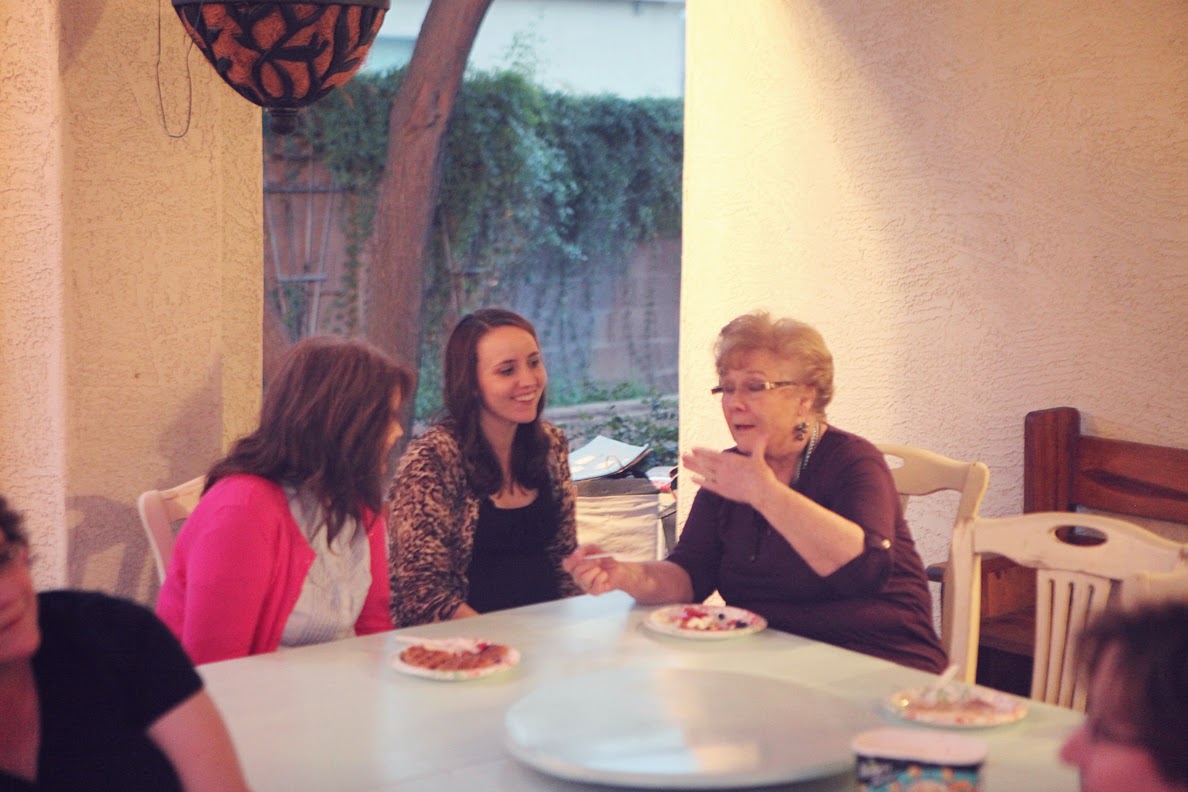 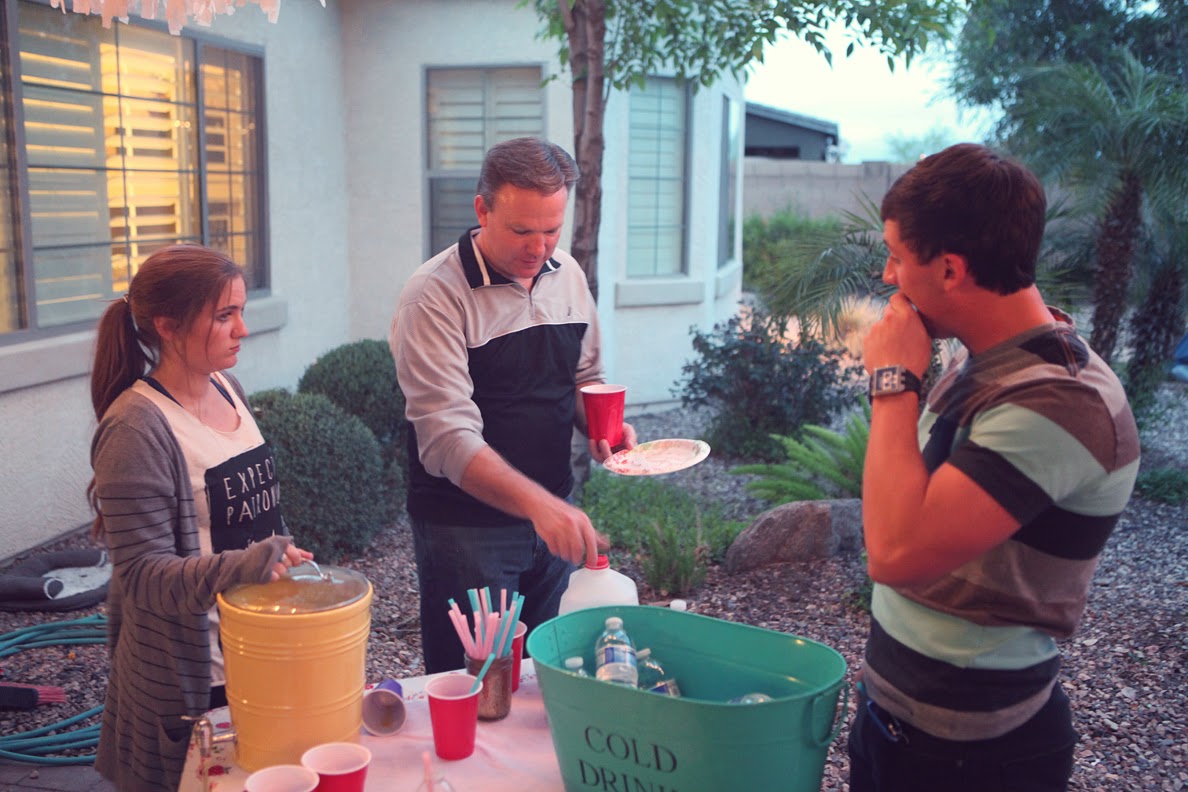 Time for the cake! (as if waffles covered in biscoff and ice cream were not enough!…and don't mind my creeper face!) 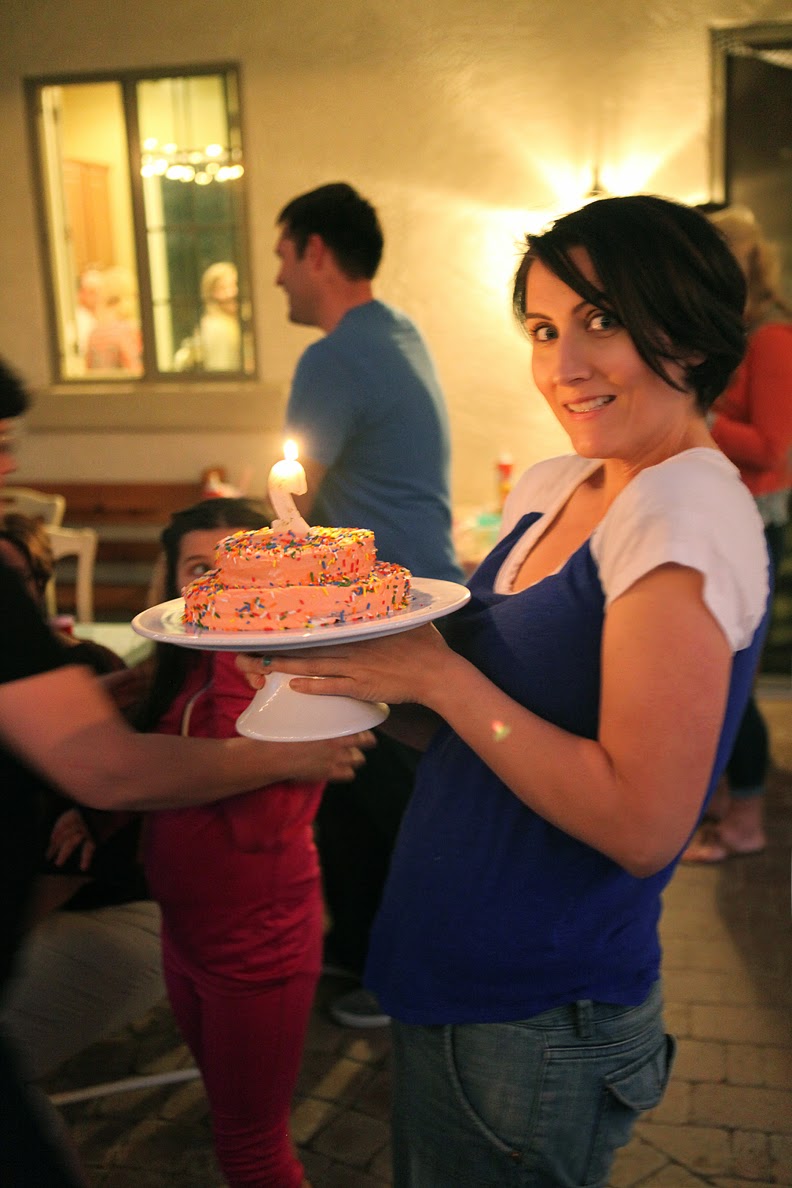 She's still not SUPER into the birthday thing, but she liked it alright. 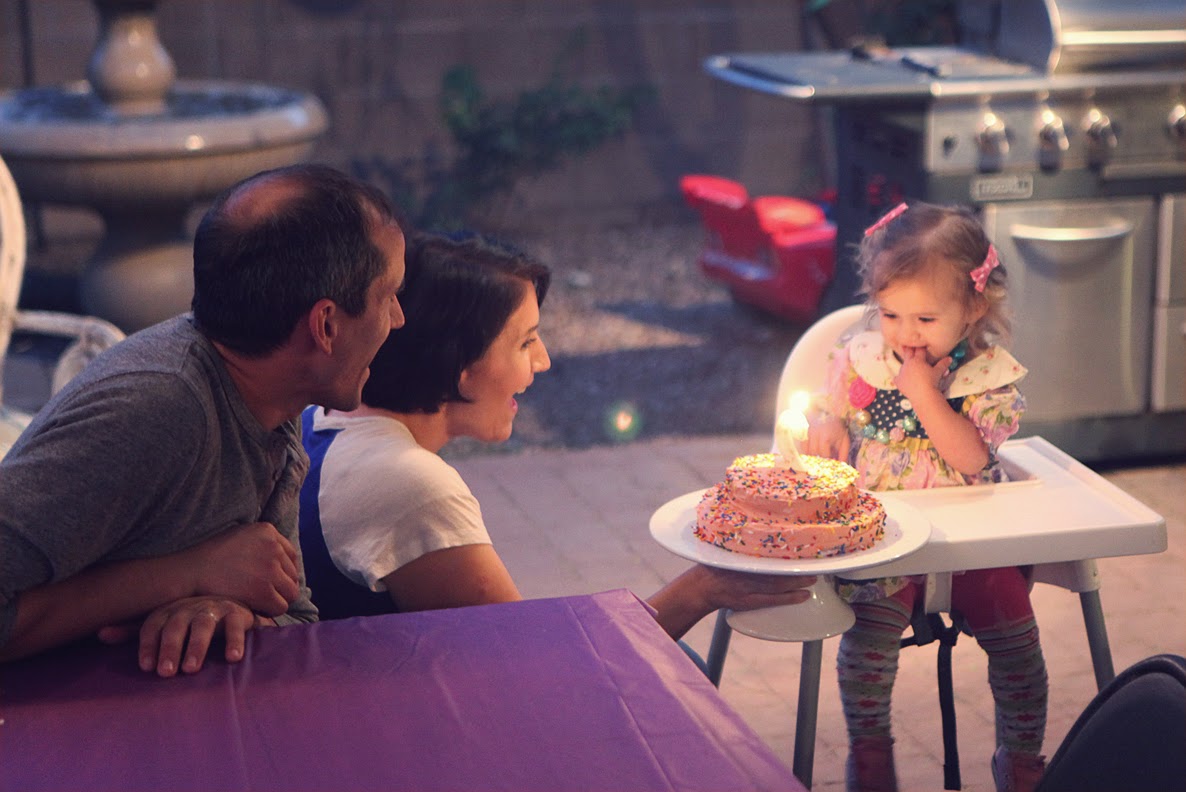 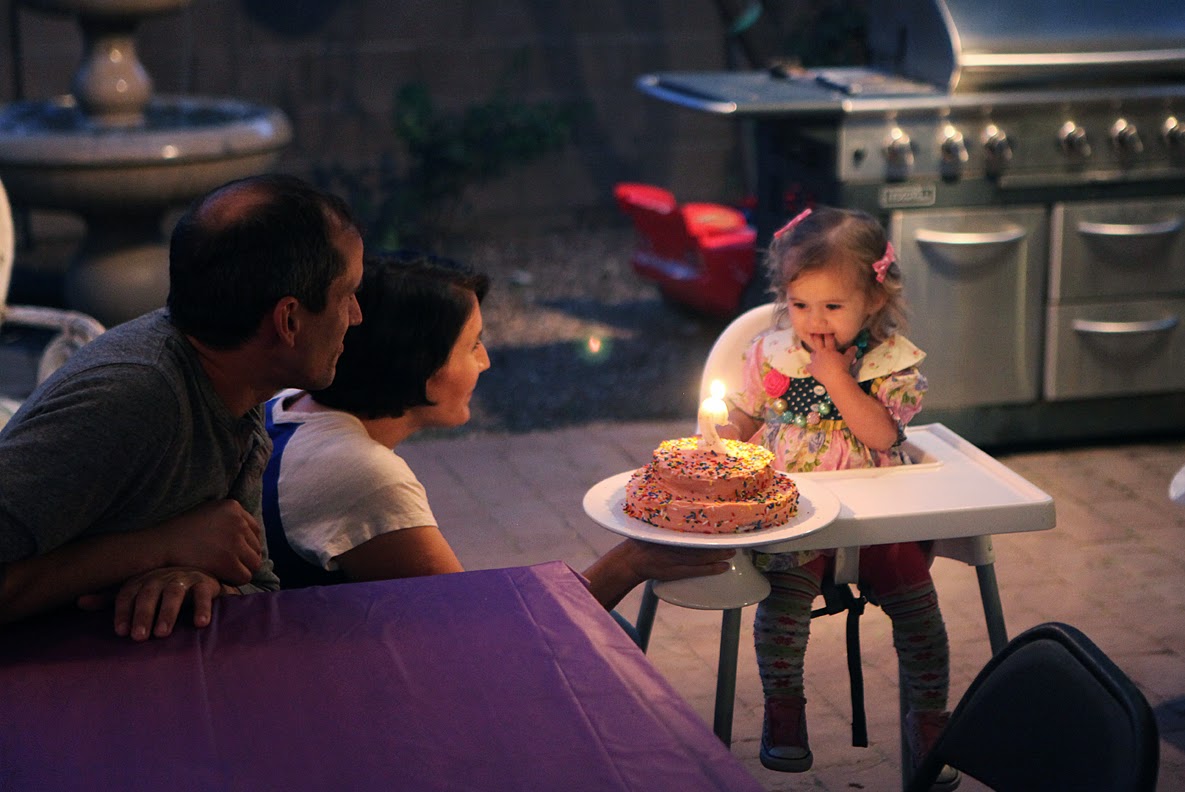 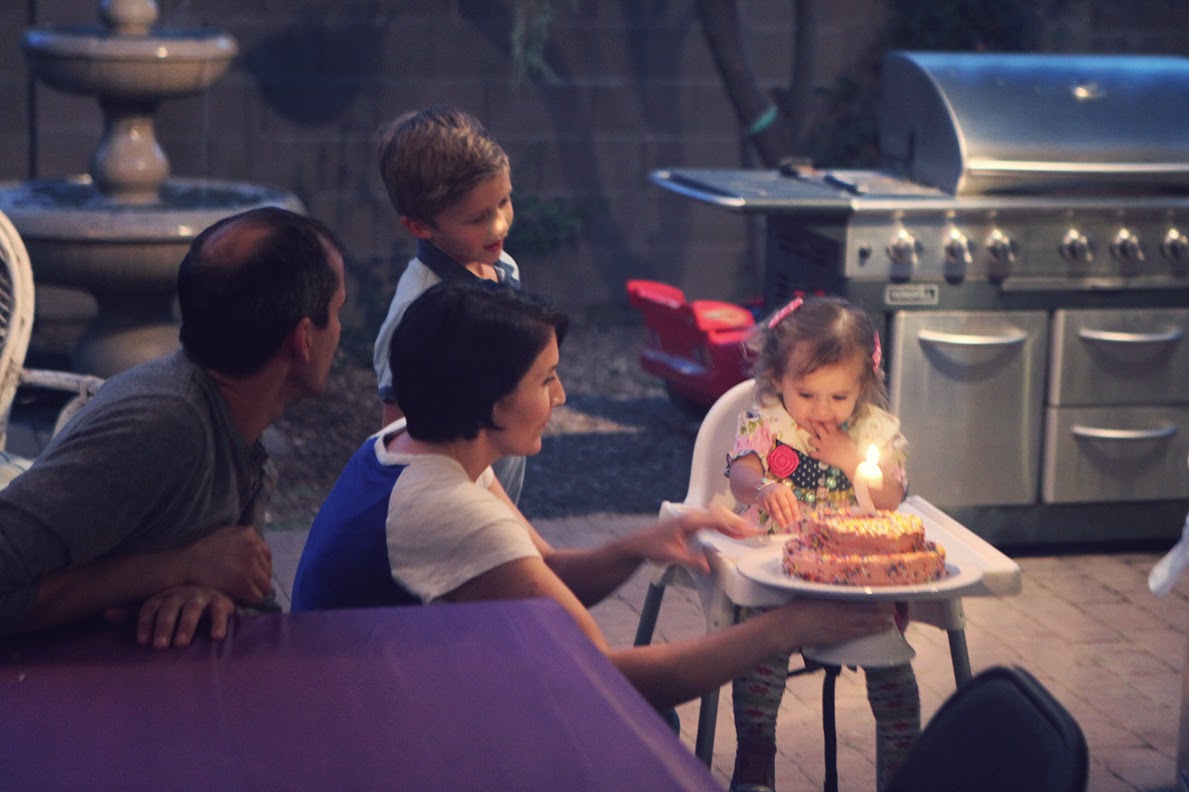 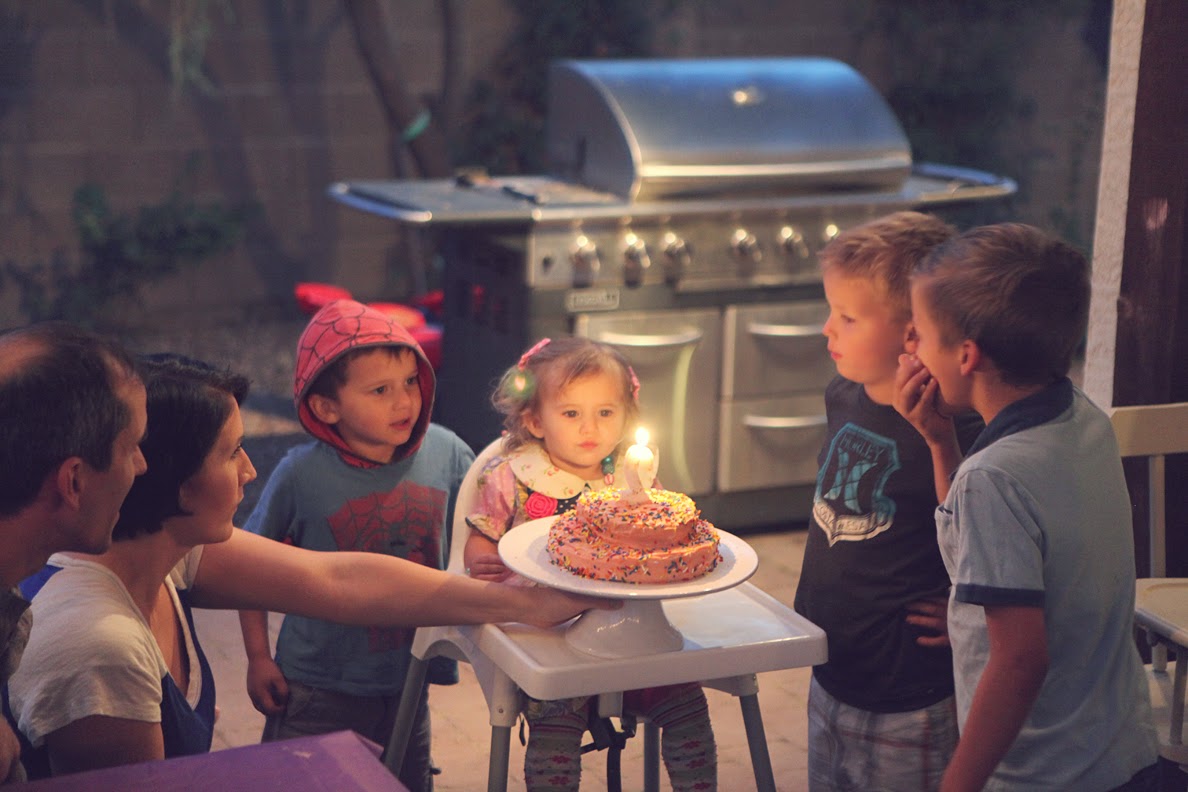 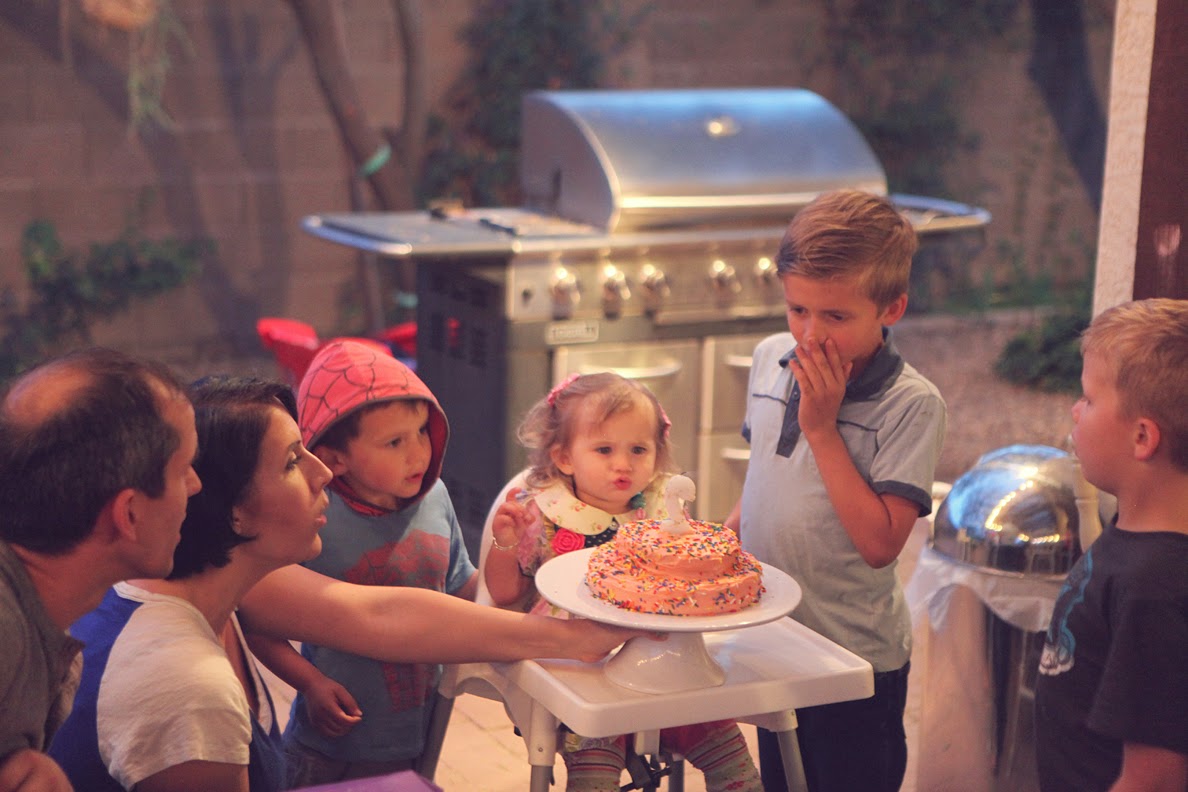 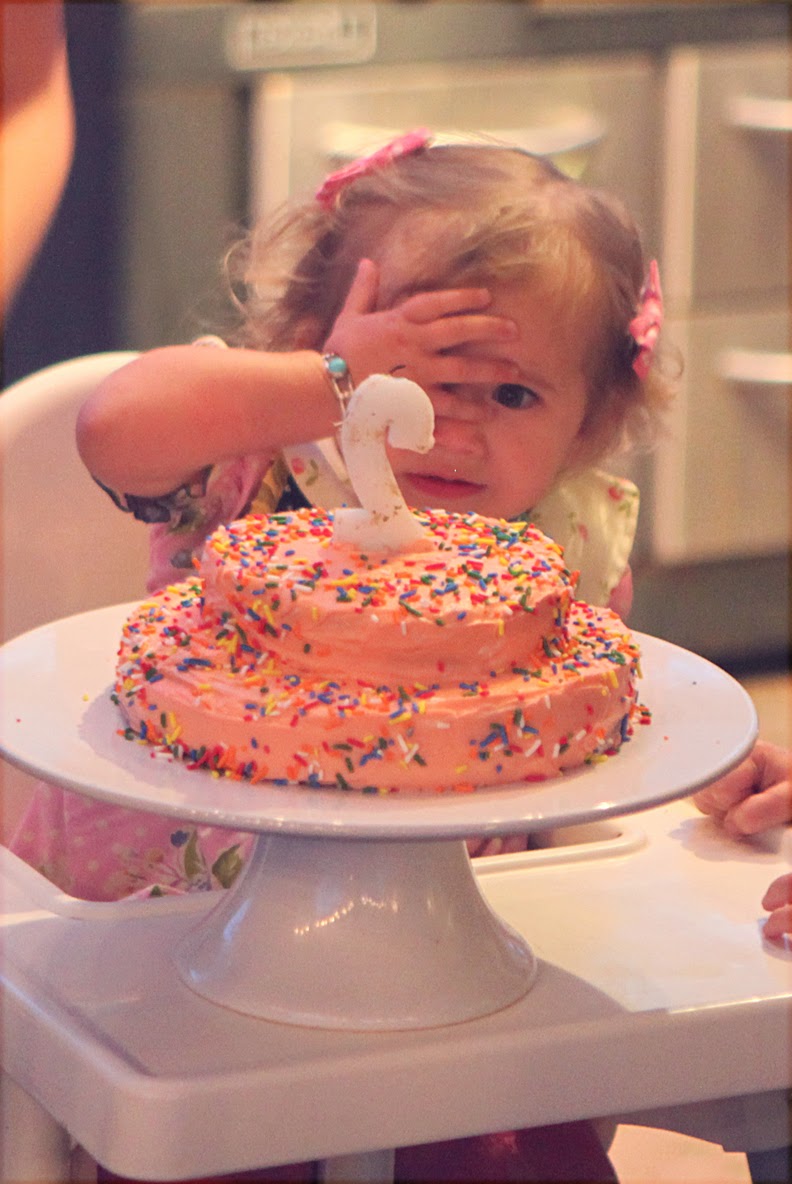 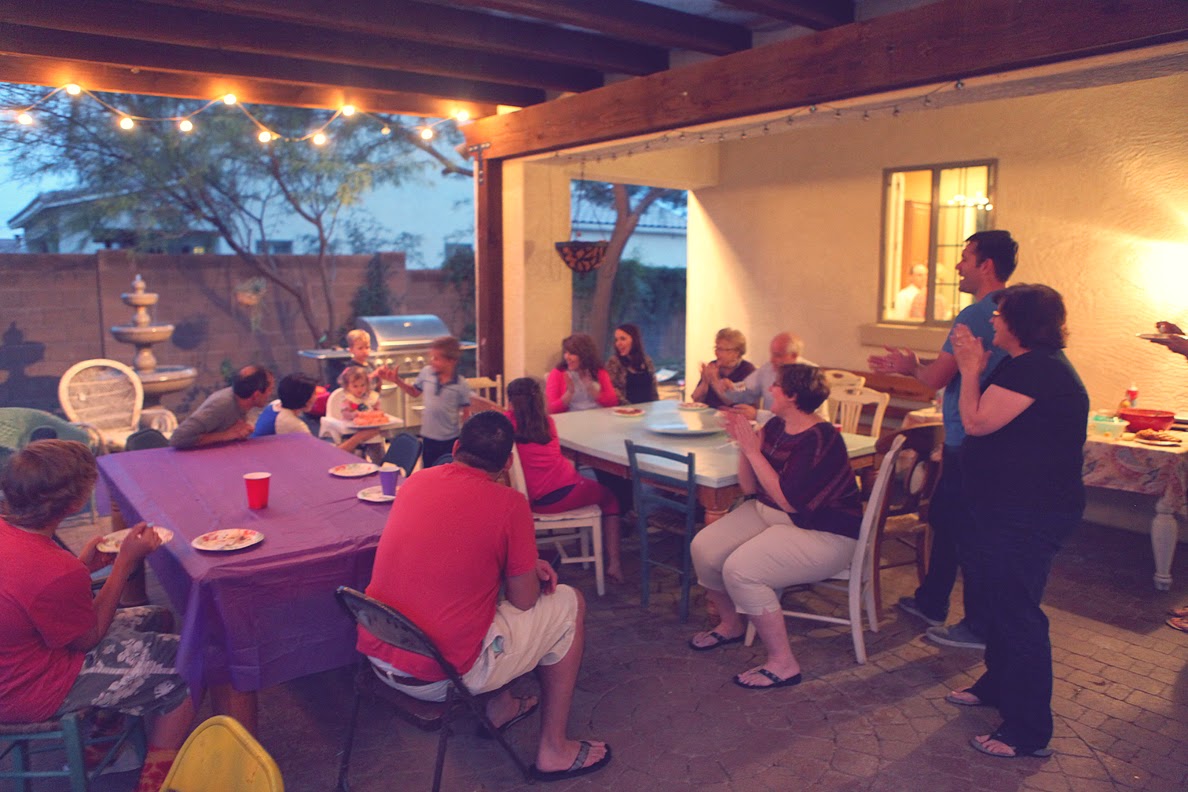 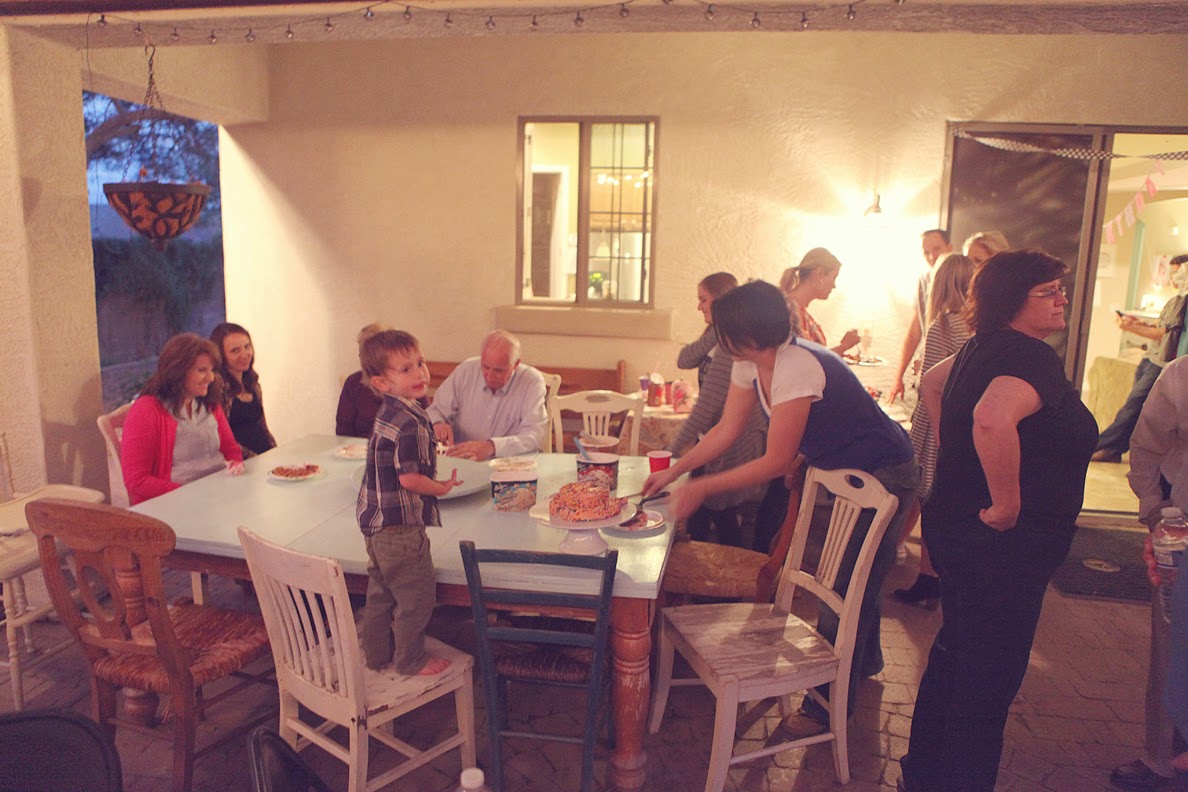 Some nice one on one time with Uncle Justy.  Pearce and Uncle Justy had a special bond, I think Justin is working on that with Vivvy here…. 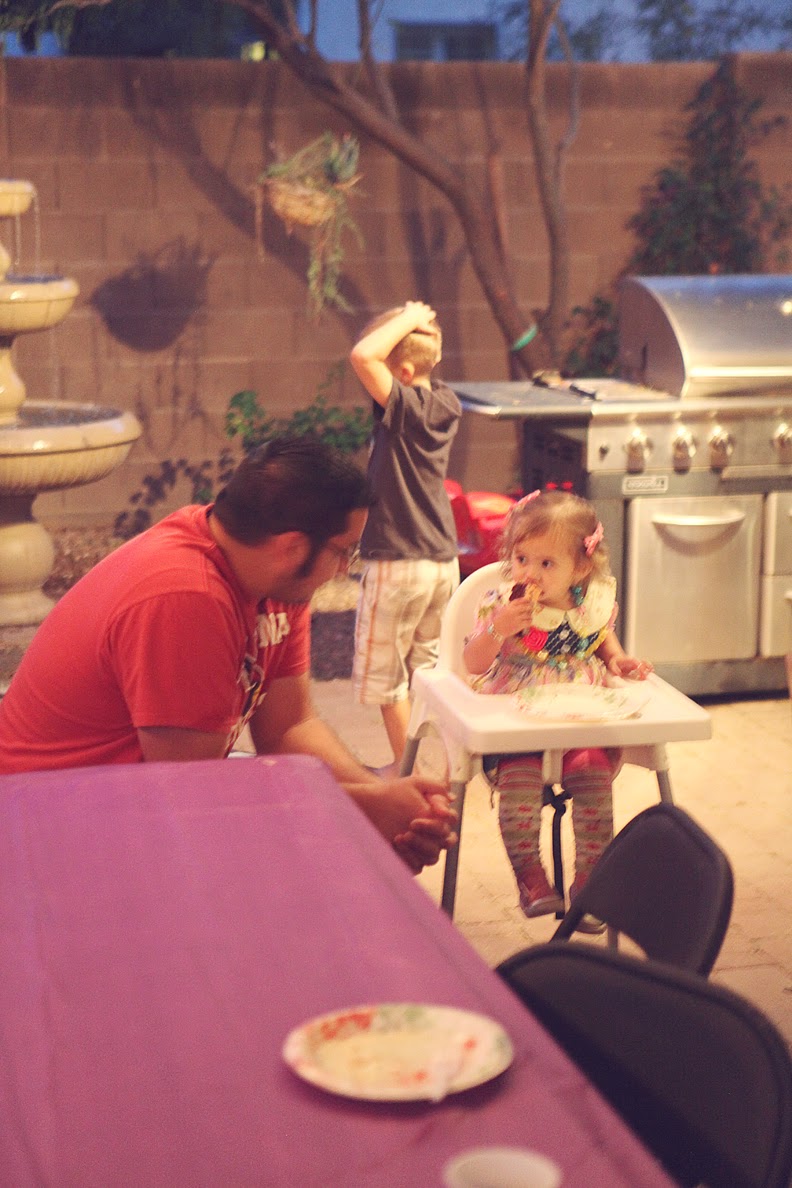 Time for presents!   She got so excited when she saw what was in each present.  She loves her new baby doll, singing machine and tricycle. 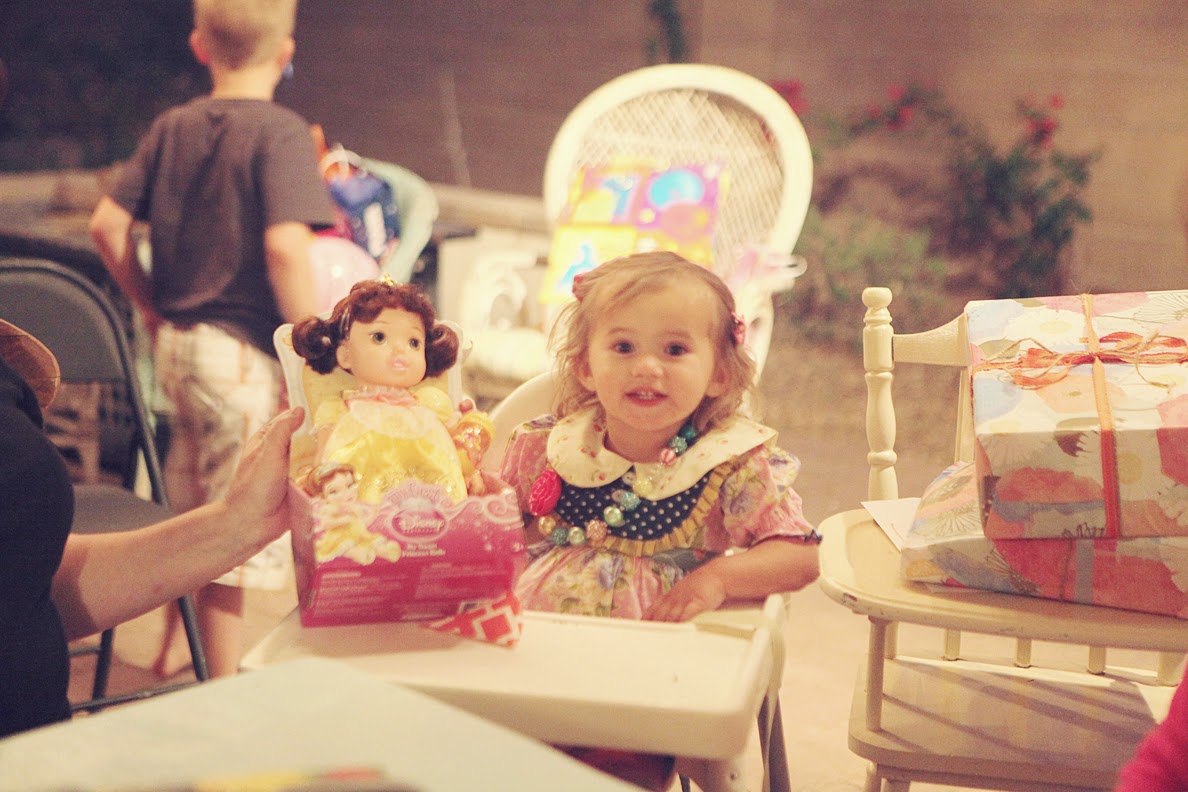 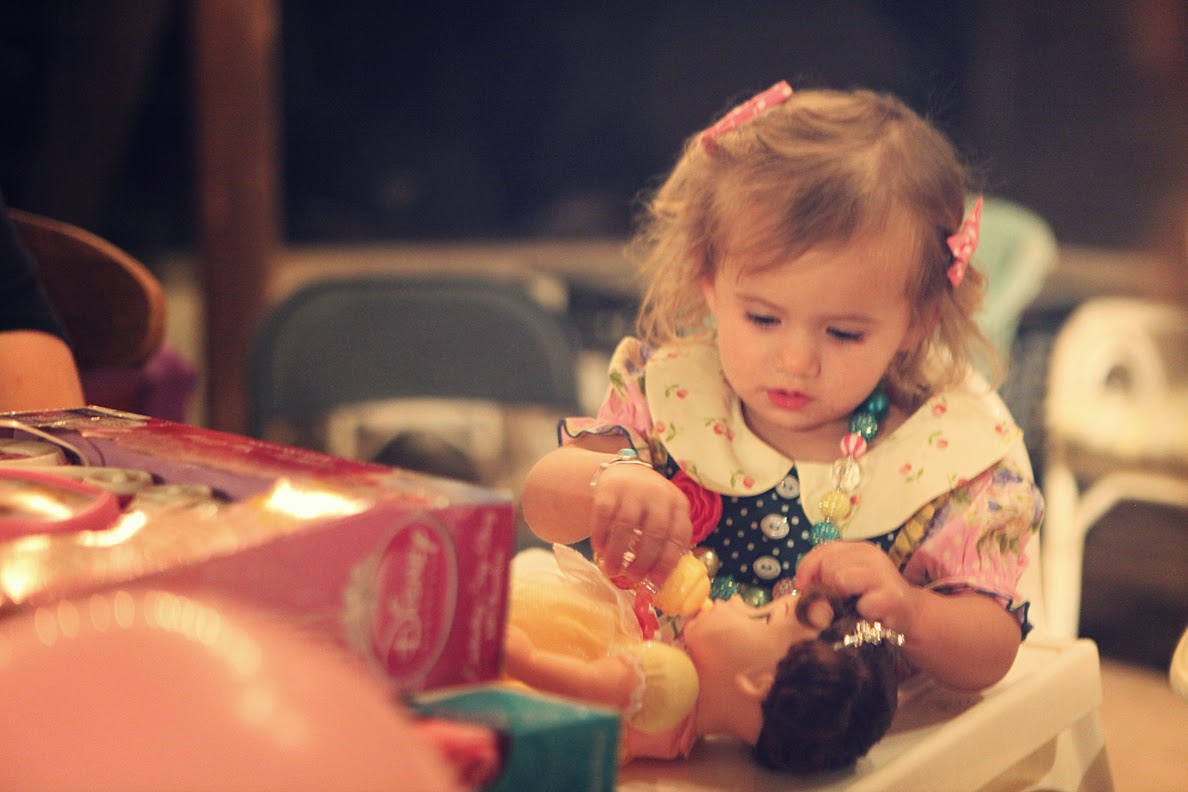 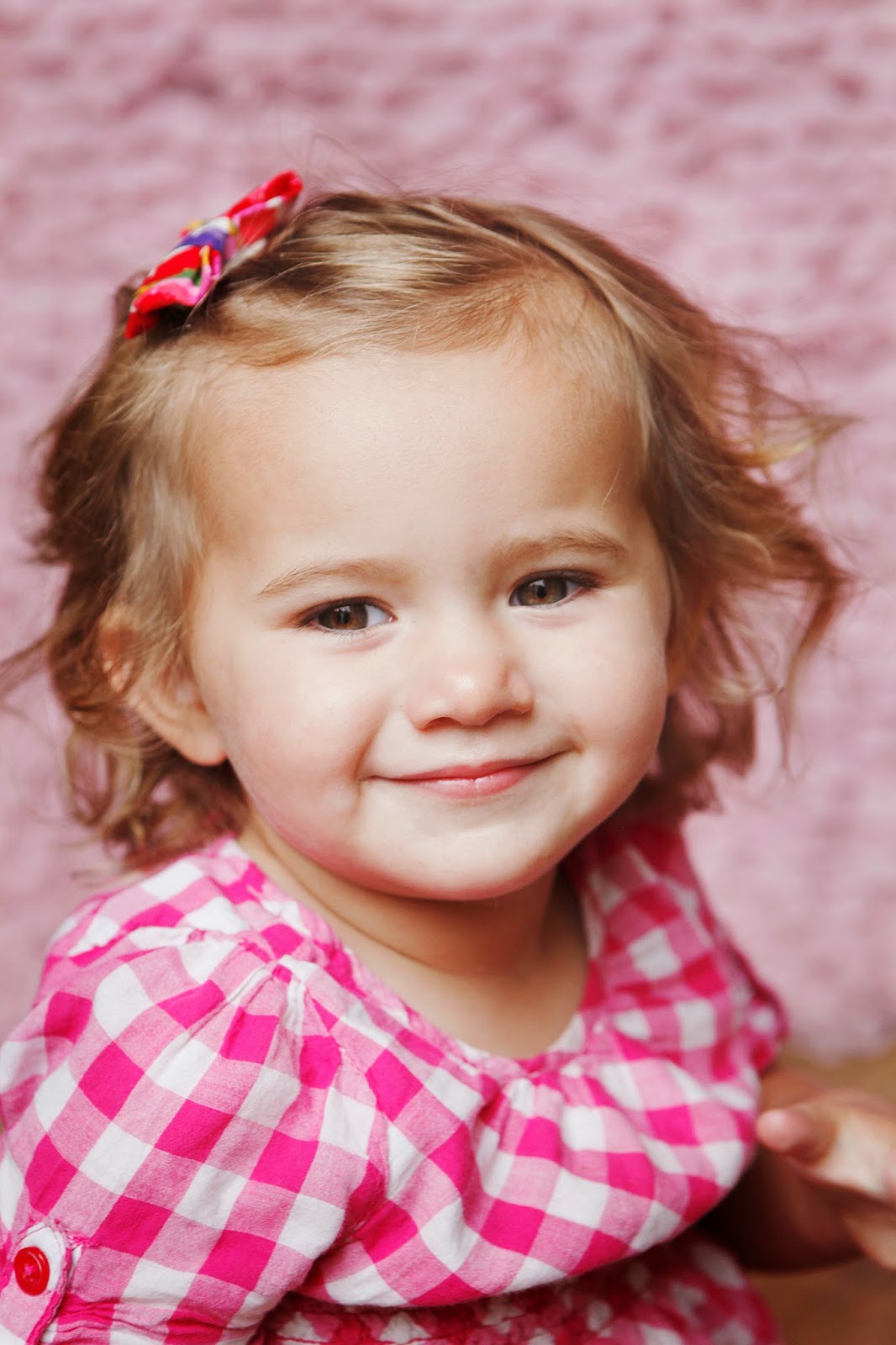 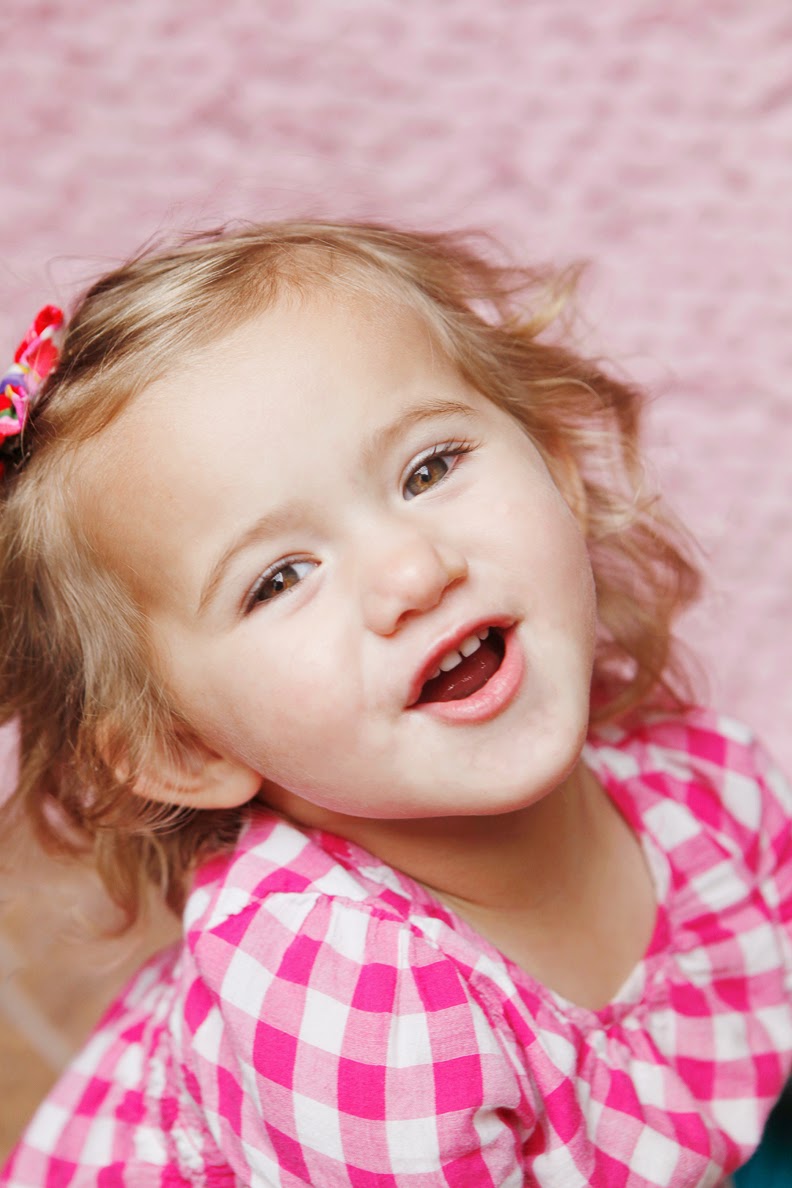 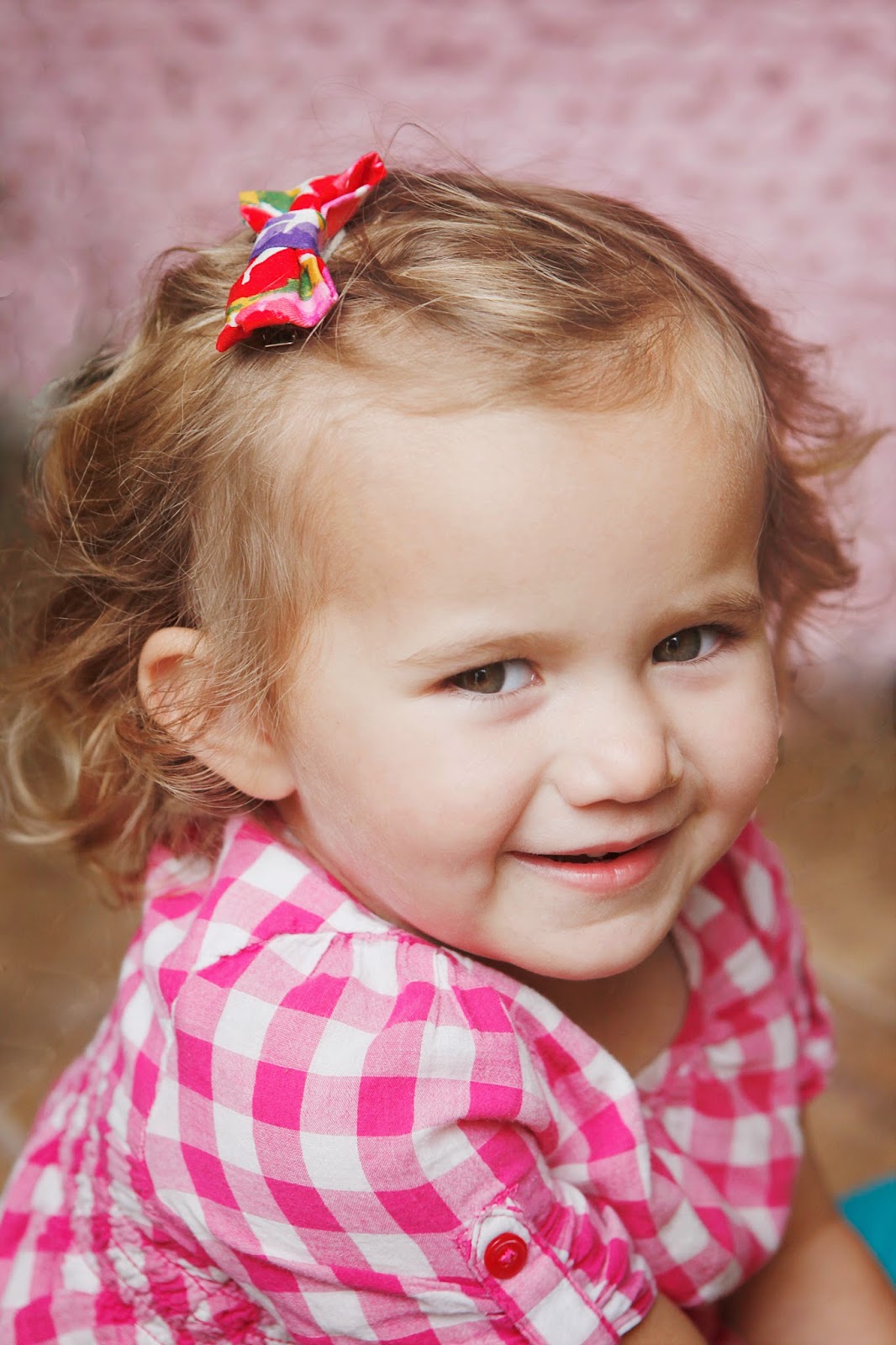 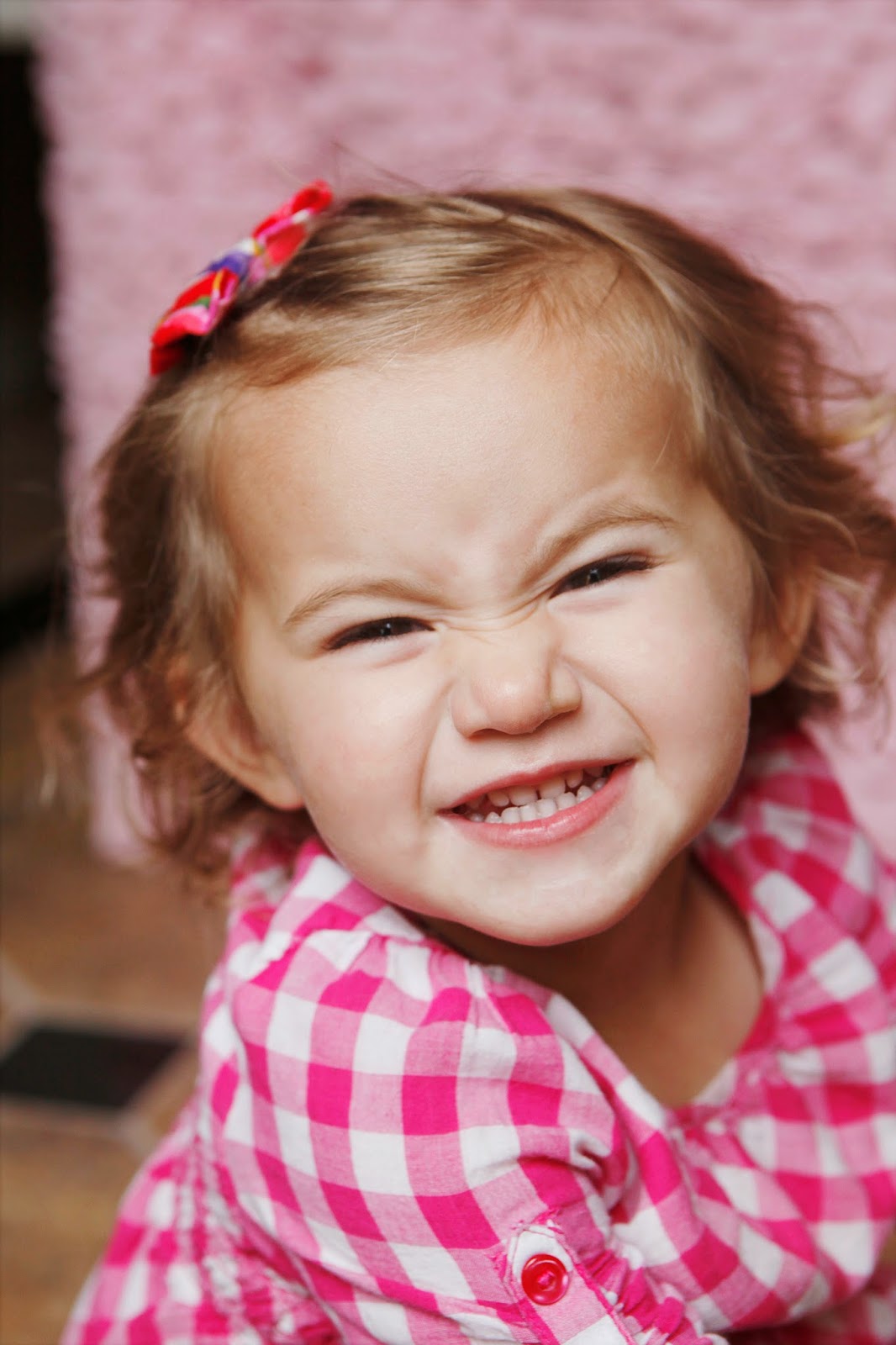 I can't believe your baby is 2! I miss snuggling her in church and I still think she's the cutest thing around. I love your waffle party idea, I may totally be copying that sometime!