Today is the day 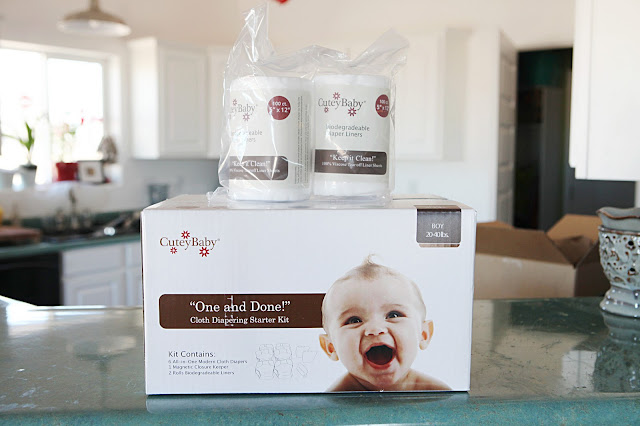 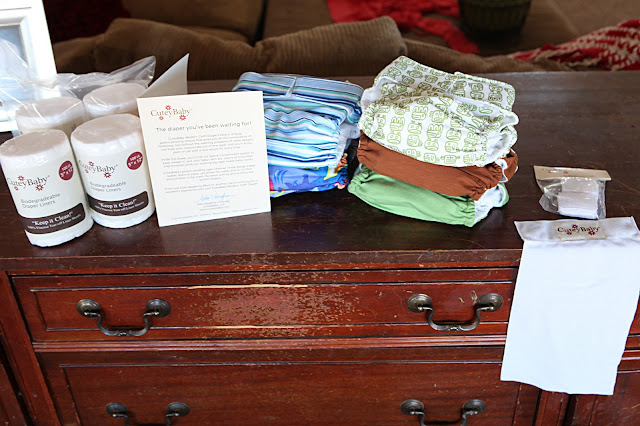 notice the card says, the diapers you've been waiting for.  really?  ugh!  I guess so.
I have a good friend Staci Hopkin who is just amazing.  She lives in Boston has 3 babies in diapers and she does cloth diapering.  She did THIS GREAT POST on it and I read, and re read it a kabillion times throwing the idea around.  And of coarse I did the math and it will save us hundreds, not only with this guy, but with the next one or two or three or whatever.  And finally a couple of weeks ago, I did it. I placed the order and got my mind wrapped around the idea. 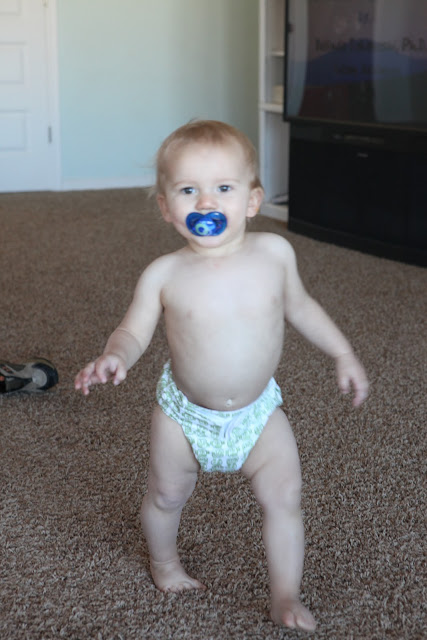 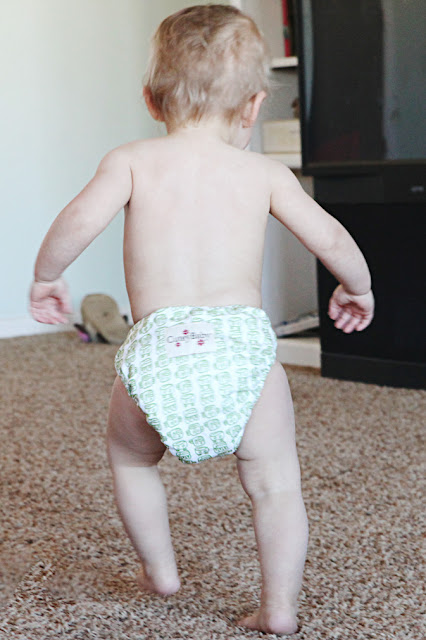 They're really cute, and they make is butt really puffy, which I think is hilarious.  This was the very first one...and of coarse, he made it super stiny messy within a few minutes...even after my heart to heart that I had with him about cloth diapering, mommy's patience, and the smell factor as I put the diaper on.
I was super overwhelemed.  The liner caught MOST of the crap, but there was still lots all over the diaper, so I dumped the liner in the toliet after I rinsed the diaper pad thingy in there, and now it's in with a load of laundry because I don't have my wet bag yet.
After freaking out about all the new steps to my 9 year diapering routine, I jumped on youtube and watched a few cloth diapering videos, including the ones for cutey baby diapers.  I'm ready now.  It's going to be cake in a week or two when I get it down.  And I just have to keep in mind all the $$ that I'll be saving and the great thing I'm doing for the enviroment.  Yup, I'm turning green.  haha, just kidding dad, but might as well look at all of the good things about this.
Posted by Kristal at 1:23 PM

I almost did that for Mia but seeing as she's my LAST, it didn't make financial sense. I definitely would if we were going to have one or two more, so I say BRAVO!

Hey Kristal...Jody has been doing the cloth diaper thing for a while now. She thinks it's great...more power to you. I'm just glad I'm done with diapers!

so cute. i love that picture of him from behind... CUTIE! i have already decided that i'm going to use cloth diapers. if i start from my first, i will be so set! thank you girl :) you go.

Good for you. Keep us posted on how it works out. Maybe Sus will want to try it! ;)

i tried to leave a comment yesterday, just wanted to say I am so proud of you and look by the few comments so far: you are totally not alone!