Clutter, hide outs and my live in nanny...

I'm tired of clutter. I de clutter all day, everyday. Do you? Do you have clutter? I HAVE CLUTTER!!! My computer desk that I'm sitting at rig tnow is the most cluttery thing ever. I might just hafta take a picture of it to show you. And I de clutter it ALL THE STINKIN TIME! I hate clutter! I de clutter our bar daily because Jase's hand has a bar magnet in it so stuff just GOES there if it's in his hand. I de clutter the small white table where the kids color, do art projects and sometimes home work, because even if I ask them to clear it, perce likes to put stuff there. Fly lady warned me that I hafta put out the fires before they explode. And I feel like I put out fires all day long. Next Tuesday at enrichment I hafta talk about how to stay organized, clean and on top of things. bwahahahahaha!!!!
In the meantime...Pearcius has found a new chill cave..... 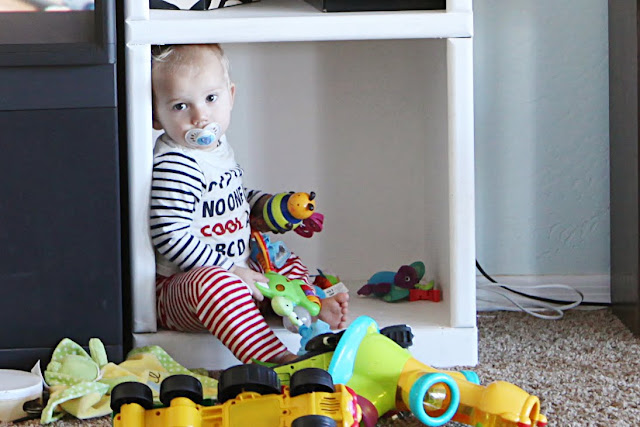 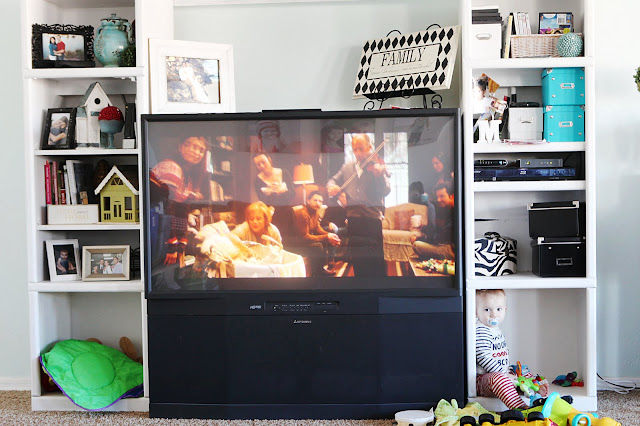 He's just awesome. Speaking of awesome. Boston LOVES to take care of Pearce ....even if perch doesn't need it. Boston came in and pearce was done eating, but Boston cut up a banana for him. And boston said, "baby wanted banana, he loves it"...little did he know, ever little piece of that banana ended up in the high chair by pearce's bum. haha. But Boston is a HUGE help with Pearce. He keeps him happy, gives him toys, helps him on his zebra toy, makes his bottles, pulls him out of his crib in the morning (which is hilarious to watch) and he loves to carry Pearce around. They're awesome 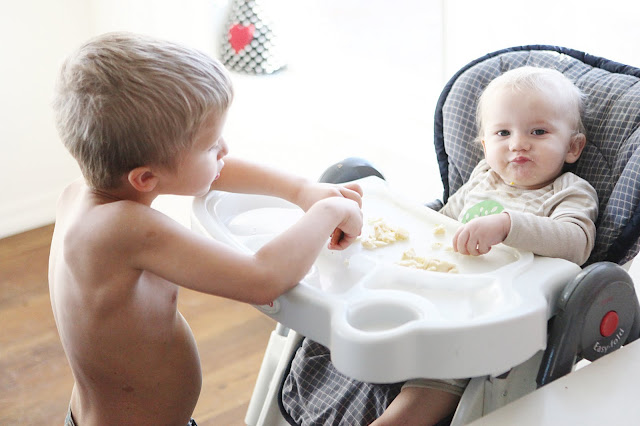 Percius is learning to climb onto the couch then over to the table, and knock everything down. His naughtiness is underway. ugh! I pull him down from this spot..no lie....about 30x a day. He thinks it's hilarious. So now we are taking him down, saying "uh oh" and putting him in his crib for a few seconds...which he hates. So hopefully he'll learn soon, cause I'm going nuts with this adorable little messy faced baby boy! 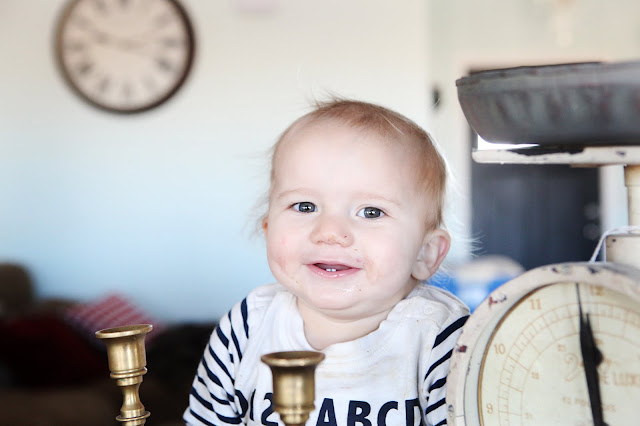 Oh Good Lord do I have clutter. I try to keep it in manageable piles, though. The papers and books with homeschooling is beyond overwhelming, the one counter where my laptop is in the kitchen is a magnet for mail, lists, etc...I just pick up crap all day long.

i didn't finish my comment before you logged off so anyway the crossfit workouts are litterally anywhere between 15 to 30 minutes but they kick your butt so bad your laying on the floor afterwards I love them!! Crossfit is all over the place and people are obsessed with it. It's all over the place but in an underground kinda way if that makes sense. They have a science behind the whole thing where the workouts dont have to be long if they are instense enough. My friend is doing a wellness challenge you might be interested she's done it a couple of times. Ive done it before but i get rebellious and cheat :) You look great and you don't need motivation you have freaken four kids and you are always doing something. Don't you just wish we didnt have to do anything I hate people that are just naturally skinny they have no idea how hard it is! Anyway the brazilian hair stuff just wondering if you are talking about the blowout that you have to pay like 300 bucks for in the salon or if they have a product you can buy. Ive tried something from sephora that i absolutely love but its expensive!
heres my friends link http://www.smaier.blogspot.com/

oh yah ive been doing coupon sense and I love it!
I just wrote a novel sorry

Tia! Thanks. I'll check out the crossfit. I can handle intense for that long. That's just what I need.
The brazillian stuff I think is around $40 or something for the shampoo and treatment stuff. I'll check out your stuff. I've just gotta do something...I have the worst breakage, and I'm going bald
Thanks, you're the best!

And Mary! I need to just talk to you everyday to keep me motivated. We live the same life, but you do better at it.