At a yard sale this past spring, Boston HAD TO HAVE these boots....which actually belonged to his friend. He wore them for a few months straight...even through the summer. And now they are finally getting too tight. And he's sad.
He'll squeeze t hem on and off every few days, but they're tight. Luckily I think Santa is going to hook him up. But I LOVE LOVE these boots and how much he loves them. 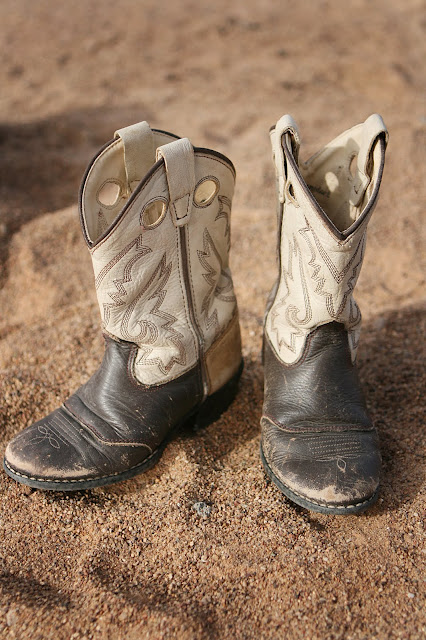 Boss is rad. The past few days he's been LIVING outside on the side of the house in the small dirt patch that we have. Our neighbors came over to flatten out some of our dirt for an upcoming Christmas present and Boston thinks he came to do it to make a "fake sidewalk" for him to ride his tractor on. I love it. He says, "no pokies on the fake sidewalk, Me don't have to wear shoes". 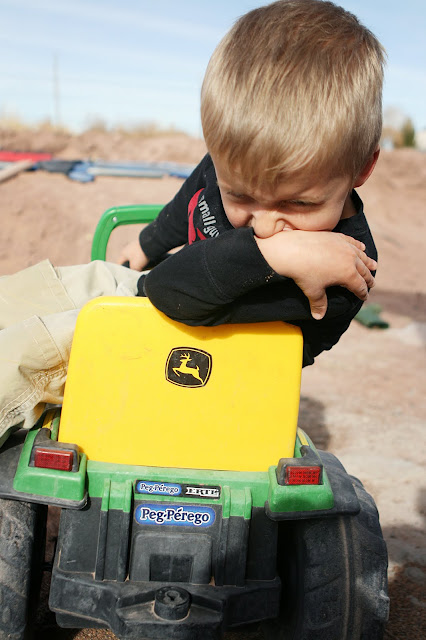 He was getting jealous today that I was taking Pearcen's pictures, so he sprawled out on the sand and said, take pictures of me! 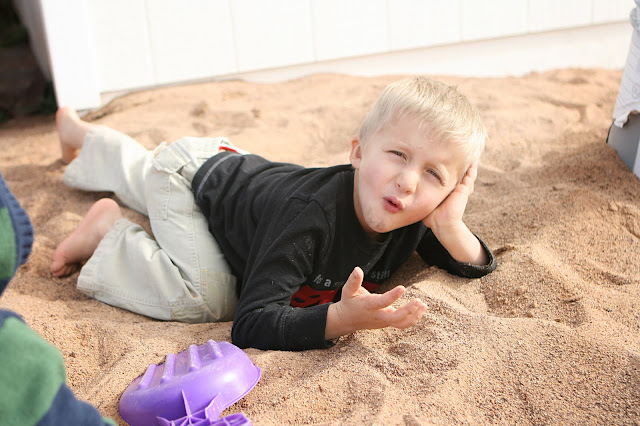 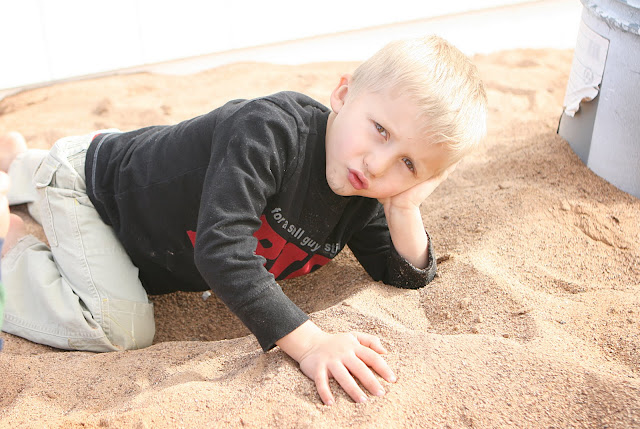 Speaking of...this is how he crawls outside. He looks like a ginormous stink bug. It's awesome! 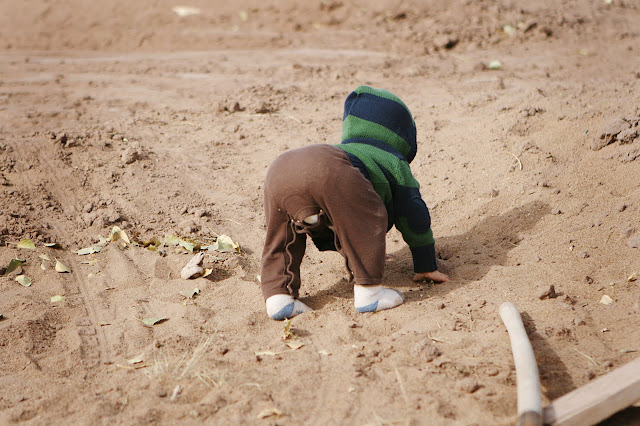 Boss sounds like the cutest kid ever! Also, I can't believe your baby crawls, where has time gone???? Your kids are so cute!

Gotta admit..he is a stinking cute baby! And I love this shot of him.