Ugh, I'm old.
But Jaden...he's 9!!!! I told him nine years is nothing special. At 8 you get baptised, at 10 you are in the double digits. So he needs to take this year to nurture and love his mama. bhaha!
Um, even though his mom was a horrible decorator for his birthday. I usually order balloons and get out the ole streamers and do the living room, kitchen and their bedroom...this was ALL I did this year..... 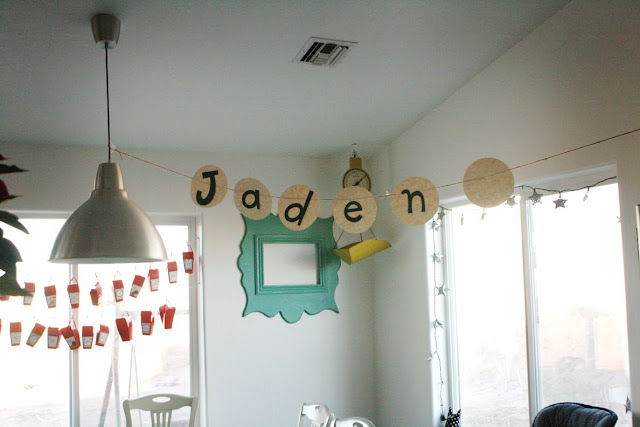 Not even a happy birthday. lame.
But I have to say, I made it up to him with his awesome cake pops. They were cuter in real life...and before some grubby little hands tourtured them by ripping off their antlers. 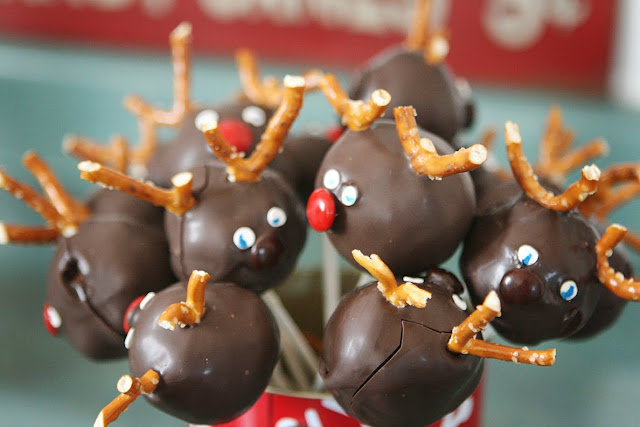 Ahh, a party of naughty little 8 and 9 year olds. Nothing better! 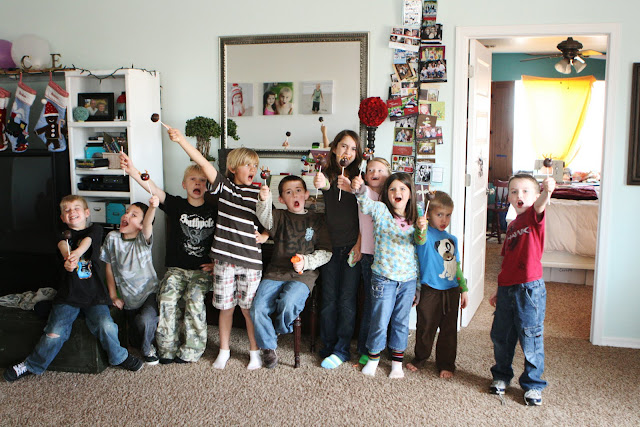 For breakfast, Jaden chose crepes with cream and fruit...yum, for lunch he chose pizza for the party...ok, but for DINNER, he chose for me, my friend Ashley and her boy to go to Denny's. ugh! We were sick afterwards. (disclaimer...ashley and I had had a long day of many children and craziness...don't judge) 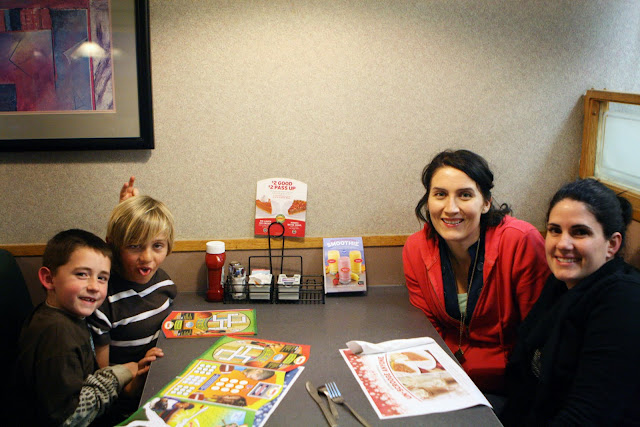 But the boys LOVED their meals consisting of cheese quesasilla, chicken nuggets, apples, grapes and a FREE oreo shake. Jaden was soo excited that it was free!
Thanks Ashley, best double date I've been on in a while!!! 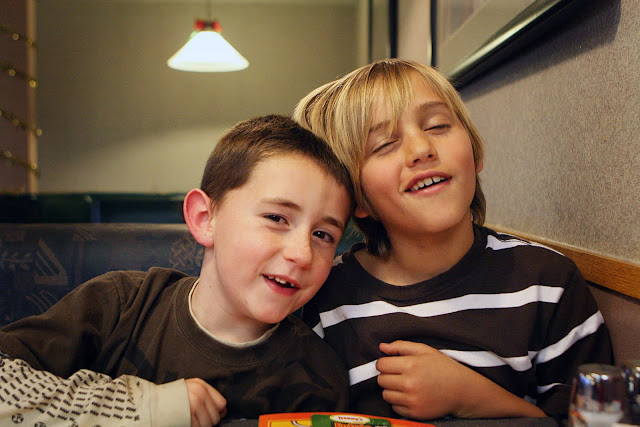 I can't believe that Jaden is 9. He used to be so little! Where does the time go?