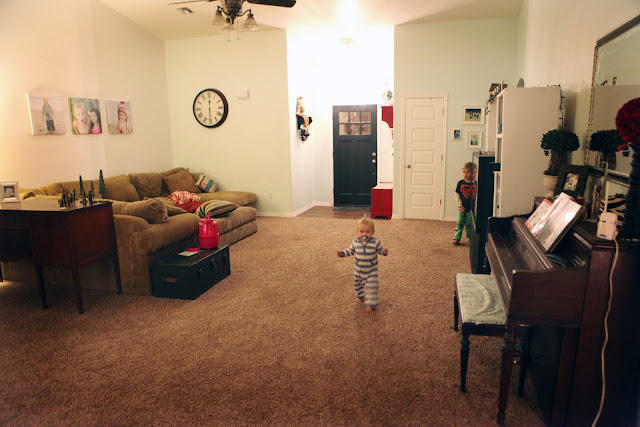 Boston didn't think the bike was really his...he didnt' ask for one, but Santa knew that his pedals were stubs, and he's way too big for his old bike. Smart Santa, if I do say so myself. Pearcen went to his stocking..... 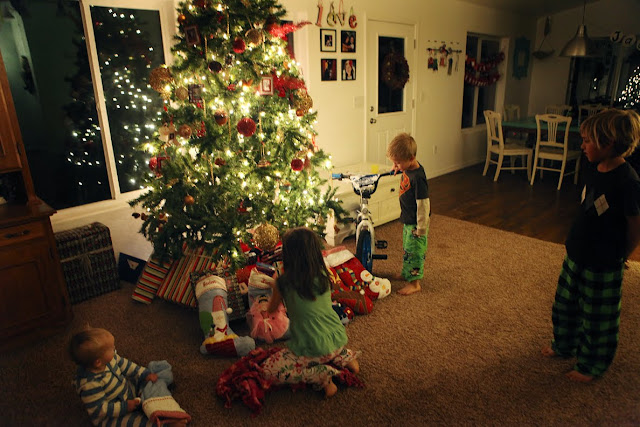 ....which was filled with avacados and bananas....best Christmas he's ever had! 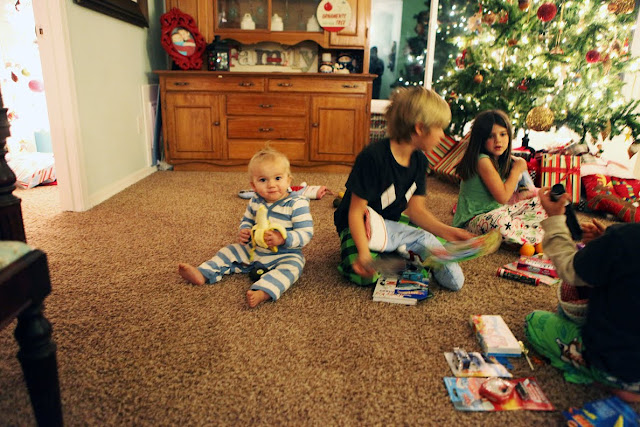 So they all opened their gifts. Jase opened the 2 head lamps I bought him and let Jaden put one on, and they all headed out back to see how the head lamps work....and low and behold.... (this picture was taken after the sun came up) 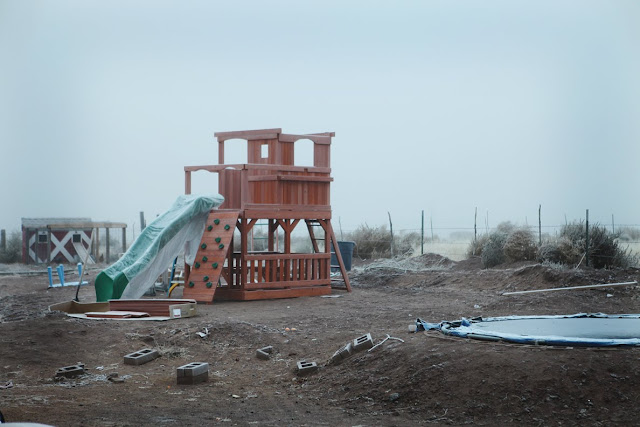 Santa dropped a swing set!!! That's why it's kinda busted apart...Santa's helpers told him to start on it on Wed, but sometimes santa doesn't listen!...so Santa had to just drop it and some parts are needing to be put together today, but still, the kids were freaking out. Especially Kamryn who was yelling "It's mine, it's mine...this is what I put on my list!!!!! It's mine....but I'll let everyone play on it!"
Our house was FILLED with zhu zhu pets. I got one for each of the kids, Jaden bought 3 for Kam and one for Boss. They set up a battle arena in the 'band box" for the zhu zhus and kung zhus to fight the hex bugs. Unfair battle if you ask me. 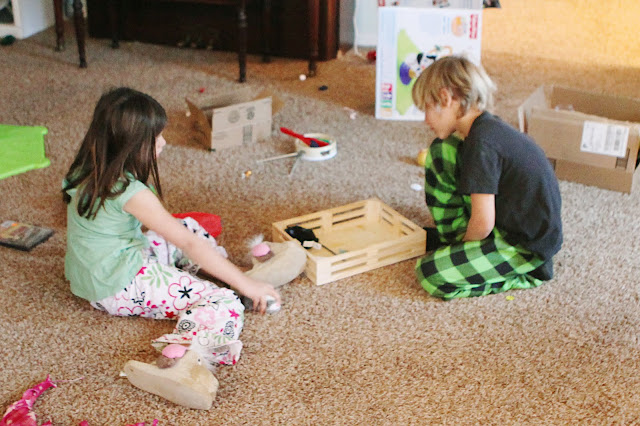 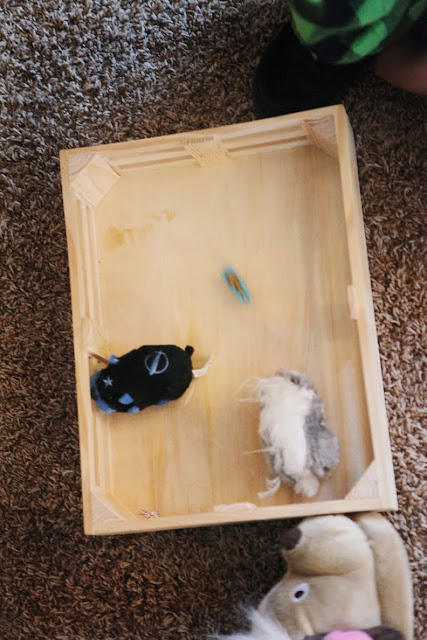 This guy had one gift under the tree, and I don't think it could have been more amazing to him. 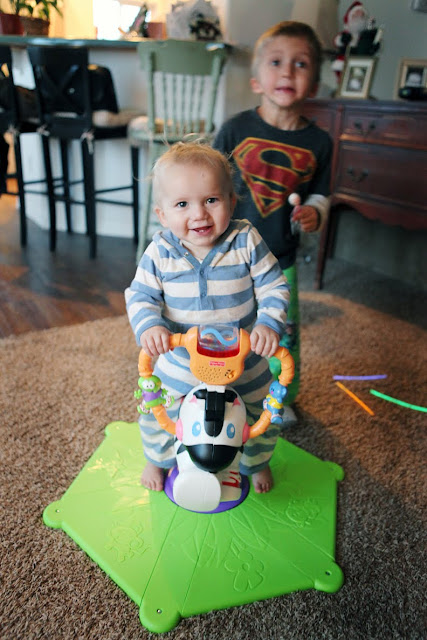 And of coarse, there's always one kid that prefers the boxes and paper to the actual gift. Boxxy Bossy. 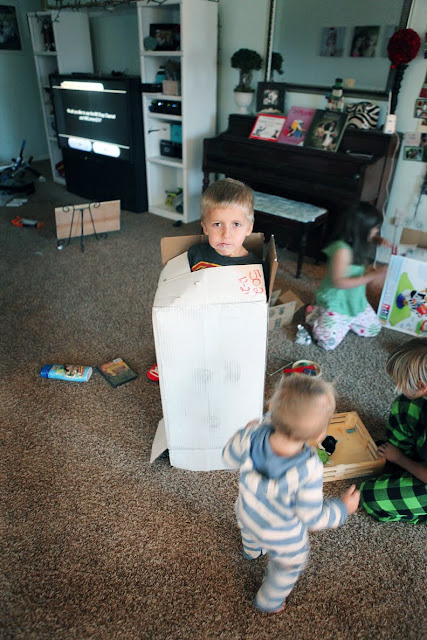 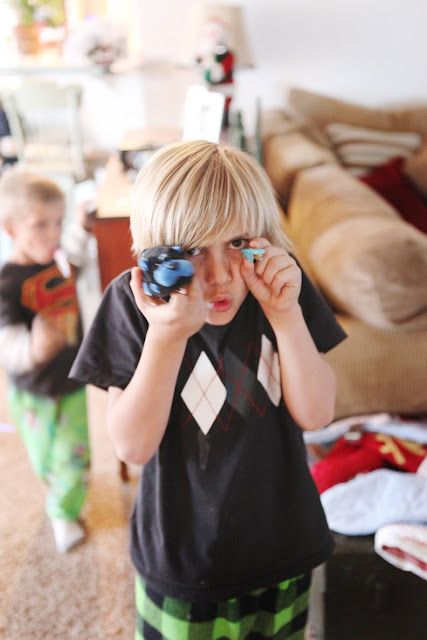 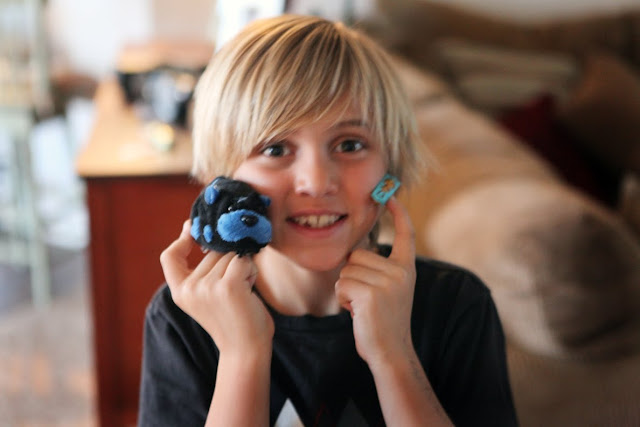 Yay for Christmas! I love hearing your kids' reactions. Christmas is so fun with kids . . . and Kristal. My favorite is the stocking filled with bananas and avocados. :)

It really looks like you guys had a rockin' Christmas!!! :)