Ok, last Wed I was soo nervous for my shoot. It was dark dark outside, and a storm was coming in, so I called and cancelled....on her machine, I know, not professional, and it was only about an hour and a half before the shoot. She called back about 10 minutes later and left a message on my machine saying that they took a family vote, and said they still wanna try.
I was freaking out.
I have been soo excited and nervous for this shoot for 2 weeks. 1 because she's beautiful and I knew that she had to older kids that would hold still and be dressed adorable. 2 because they haven't had family pictures in something like EIGHT YEARS!!! and 3. her husband went to HS with me, and I haven't spoken to him since HS....I was a weirdee in HS (more so than I am now) so I'm always afraid that people will think I suck at photography.
The storm followed me to Holbrook, but luckily it just drizzled, and you can't tell from the pictures. They did amazing! 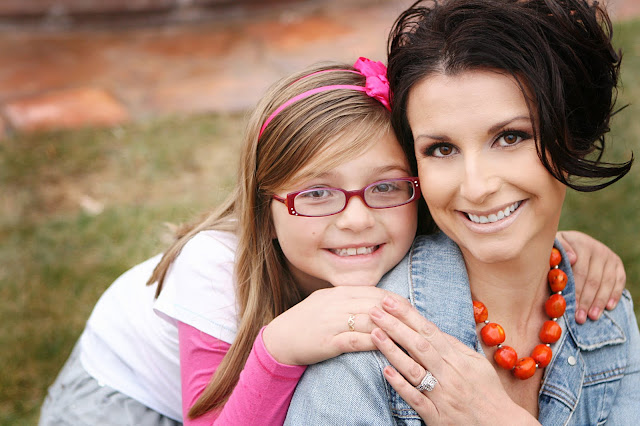 Then Friday night Lu and I decided this town needs some fun holiday parties, so we put one together in a week and it was fantastic! So much fun. It was our trial run to see if we want to do one next year, and we defaintely do!!!! 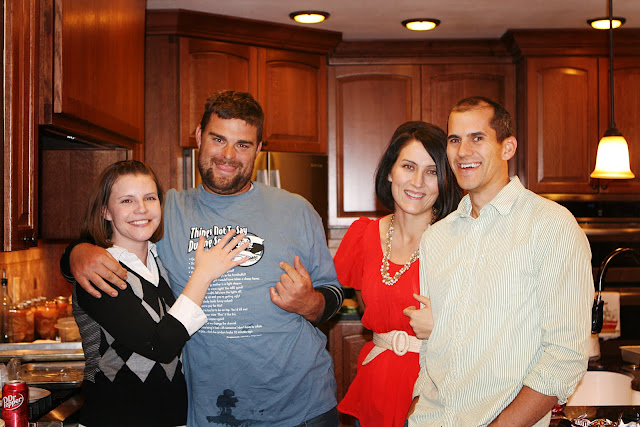 Last night was our ward party. It was a lot of fun. They did the polar express theme and Santa came. And I snaped 3 quick pictures of the kids with him, and everyone looked great in all of them, except boss...and sadly this was the best one of Boss. ugh! 4 year olds. NOtice he's wearing footie pj's under his pajama bottoms...with a toe sticking out! 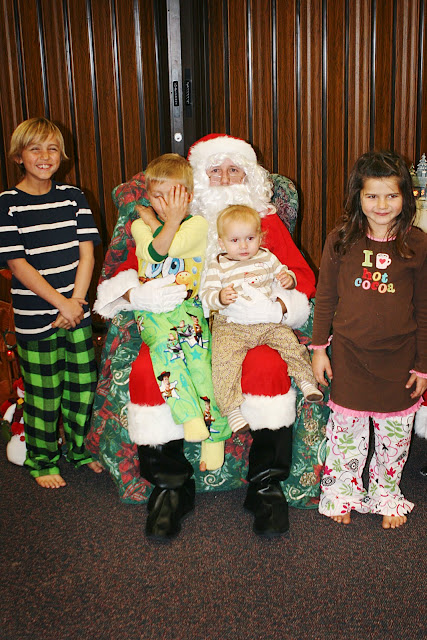 It was fun to watch Jaden go up there since Santa was really his principal. He acted like mr. cool dude, kept his arms folded, just told him he wanted a nerf gun, and went on his way. 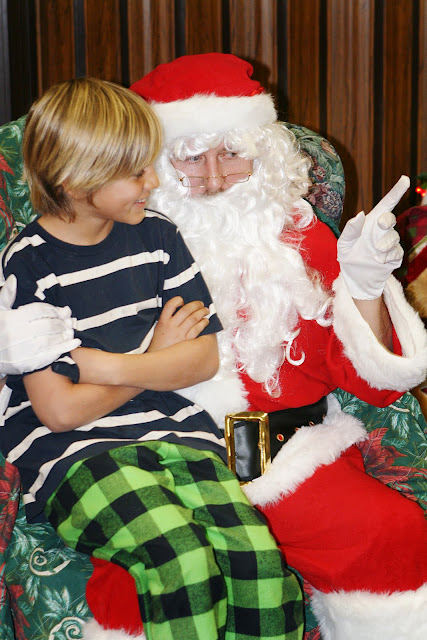 Ah, I hate taking down Christmas, and I know I still have a couple more weeks til I have to, but I just love it. I love it! I love not turning on any lights in the morning or at night and just plugging in the trees and lights. Here's our usual bedroom tree..... 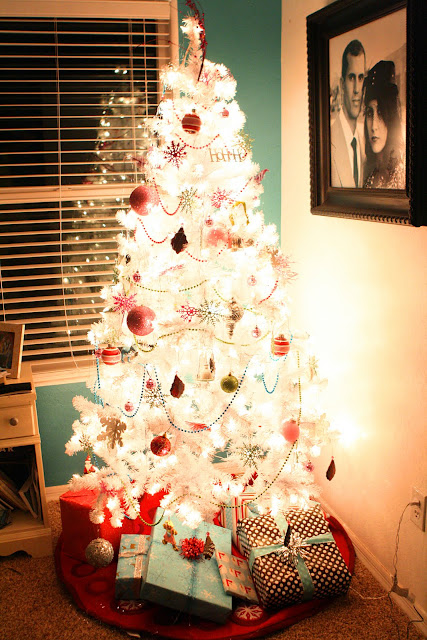 and our woodsy red and brown decorated family room tree. I'm trying to do better at caring what my presents look like. I want them to look cute under the tree, but I want someone else to wrap them, I'm no good at it. Anyone wanna come teach me some tricks? Especially with bows???? 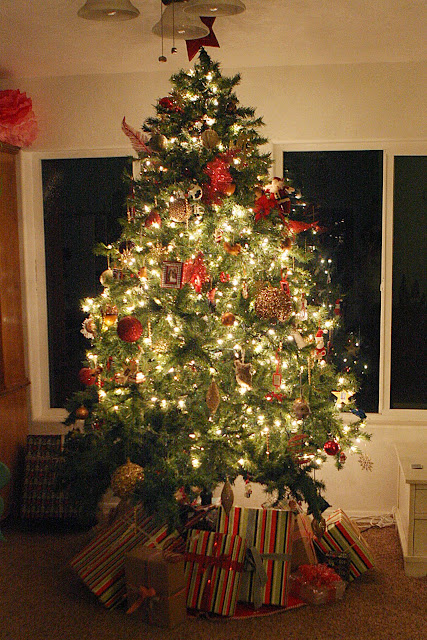 Ahh, and then yesterday I was able to take pictures of my friend Kiri's 1 week old baby boy. He was soo sweet. Not a super sound sleeper so we took a few quick shots, but he was soo sweet, and soo beautiful and made the cute sucky sound with his pacifier that makes me get pregnant. I just love it! 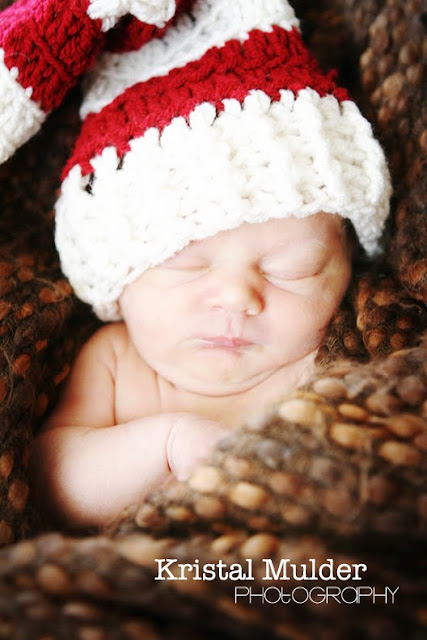 And now the Mulder family blog is up to date. Today we're just hanging out around the house. I made the kids all pajama bottoms and let them open them last night before the ward party so they coudl wear them. I'm SOo glad I got them done in time, and actually LOVED making them and wanna do it every year.
Today we will be watching Nemo, playing old maid, getting my grocery list ready for our big anticipated trip to Flag tomorrow to take Boston to the dermatologist and wraping a few more gifts! I LOVE DECEMBER!!!!!
Posted by Kristal at 6:19 AM

love the baby pics! and i love your red shirt in the friend pic, where did you find it. Love the white tree. Merry Christmas Mulders!

I know, that baby is soo yummy
The shirt is from the Goodwill up on McKellips and something. They had a ton though...I think they had been there a while, I washed it twice and it still has the thrifty smell. blah!

How funny...you went to HS with him, and I went to HS with her. And she is just as beautiful now. How does that work?!? :) Great job on the pics! Oh and the trees! So pretty. I can't decide which one is my favorite.

i love that you have a tree in your room! maybe i will put my charlie brown tree in my room once we get a bigger place that can hold our big tree. thanks for the good idea ;)