Of coarse it's nice to have just pearcey home on Monday, Tuesday and Wednesday, but Thursday and Friday with him and boss are great too. Boston LOVES to play with Pearce. He loves to run in and tell me, "baby crod oer to get toy!" Or "baby wikes you mom, and he wikes me"
And yes this is a picture of Pearce pulling on my sewing machine cord....which is surrounded by one of my many projects...ok, it's surrounded by 3 of my many projects, all of which I want to have done before October. ugh! 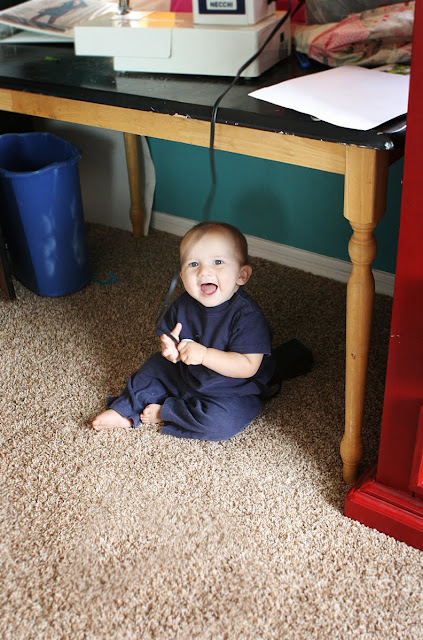 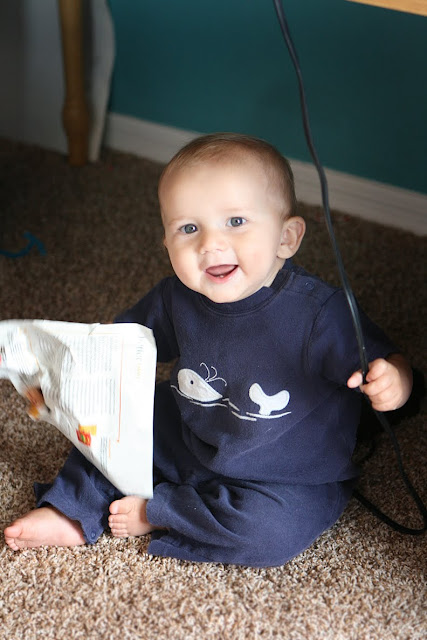 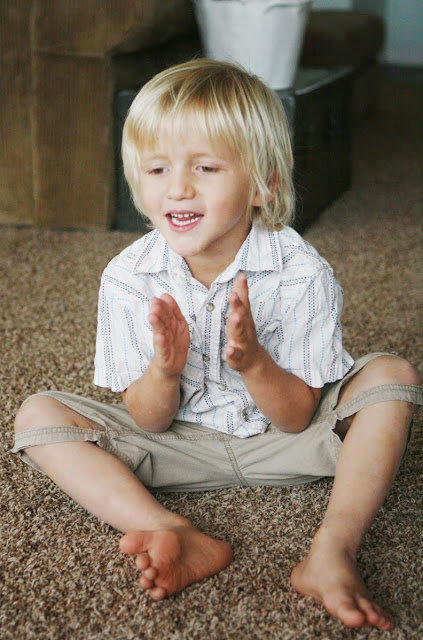 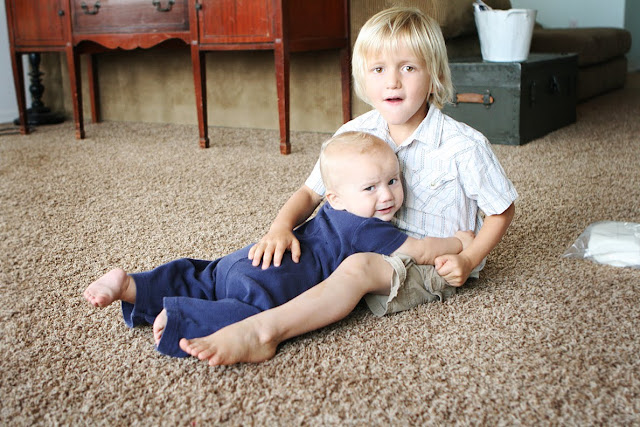 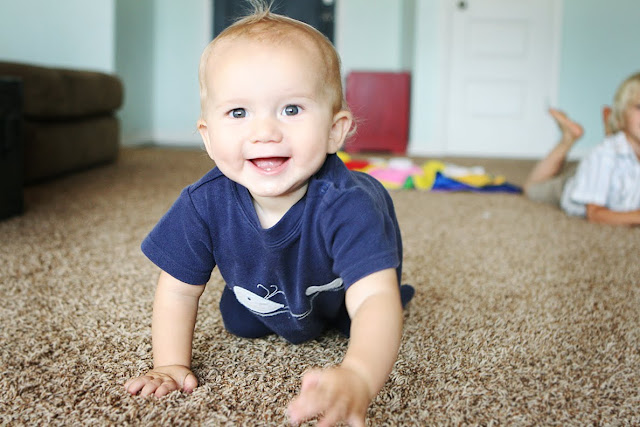 And he was laughing as he got closer...and closer... 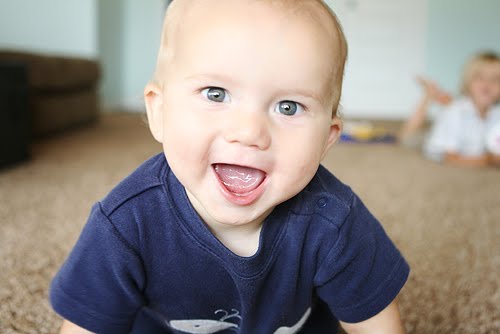 and closer. He's an awesome baby. A lot of people have said how good their baby's are lately, but seriously, he's the best. He's soo easy. I'll put him in his high chair while I'm making breakfast, or lunch or dinner, and I'll cut up a banana or a cucumber, and put some Kix, or peices of bread on his tray, and he's good for about an hour! He's awesome. And all day he just crawls around, pulls himself up to things, checks them out then goes to the next thing. But when you do want to hold him, he cuddles with you and laughs at anything you do. He's awesome! 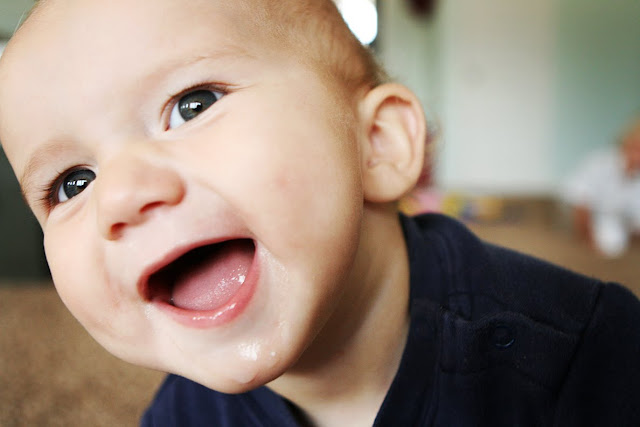 And of coarse, Boss thought it was funny that I took such a close picture of "Pursen" so I had to take an extreme close up of him. I love that kid...and don't worry, he's going in for a mild haircut next thursday. I know some people think his hair is out of control and too hick, and others LOVE it and think it's a Boston thing, or my neice thinks he looks like a munchkin, but we LOVE it and we're keepin him shaggy. 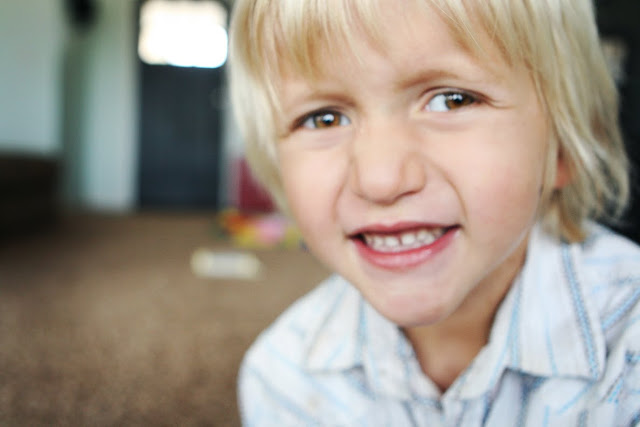 And that's my day with my 2 little boys. You might be asking, "where are they right now while you're blogging?"..Pearce takes a 2 hour nap every morning and boss is here playing a colors and shapes game with me, but he'll soon be watching spongebob on the computer while I get som Zumba going in the living room. ha!
Posted by Kristal at 9:28 AM

i LOOOOVE those boys!

2 of my favorite little people in the world!!! i love how bossy talks, and how pearce is so friggin happy...good job on making those kristal!! (and jason) lol

Garrett and I were just looking at this post, and I said, "Don't we LOVE Pearce?" Garrett responded, "And Boston, he ROCKS!" Giggle, Giggle....

It's true, boston does rock. he'll even tell you, "I awesome!"