Ok, so I've figured out why everyone does facebook instead of blogging....so much quicker and easier..but A LOT less for posterity, so here I am, in the middle of the craziest month ever...blogging. I have not had 2 seconds to myself in days until now. We've been so busy with packing, picking out paint colors, buying the oven, microwave, dishwasher and other crap, plus enrichement meetings, thanksgiving, cleaning, feeding children, mary kay order sorting, photoshoots, christmas shopping, our annivesary and much more which I'll blog about later. A lot of you have asked to see more pictures of the house...trust me, nothing has changed since the last picture except it's been roofed. They've done tons of work on it, but nothing too visible yet. They painted the whole inside white and Jase and I are going to go paint some colors in some of the rooms, and th ey'll be painting the outside this week or next, then I'll be posting more pics. It's all coming together SUPER fast. Hopefully we'll be in by CHristmas. For now, something that has changed a lot..... 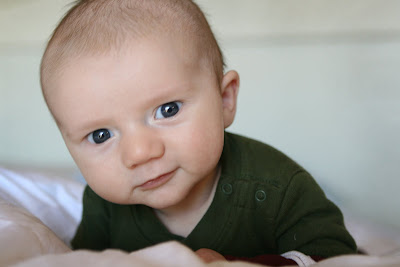 Mmm, he's the smiliest baby ever! He laughed today for the first time after I kissed his nose about 22 times with a silly sound. He's awesome! 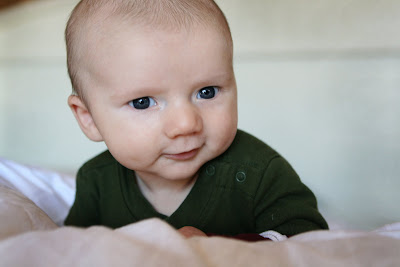 Boss man wanted in on some of the pictures. Pearce was pretty scared, but didn't cry. 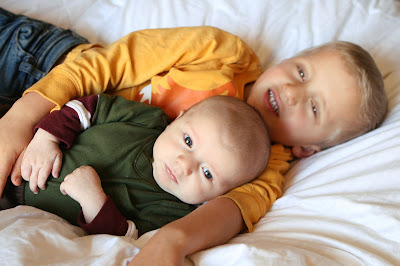 Then I took pearce and Boss wanted pics by himself. He hates when we call him cute, he'll say, "no baby cute, (then while shaking his head no) me cute!". But he's defaintely cute. I want to eat him up!!!! 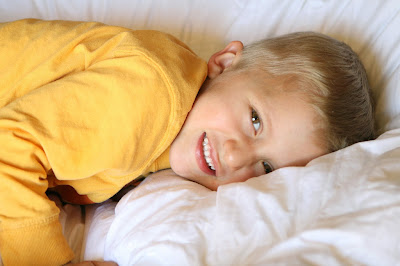 I have been failing at the blog world too. But no more!! And I cannot wait to see your house. You have such great taste. I'm so excited for you guys! Oh and ps I am failing at weight loss too right now. UGH!!

bossy is sure cute and looks so big now now baby is here! too bad i didn't get to see you guys when you were here!
let's plan a weekend for us to come up in Jan...
See you soon!

Look at him holding his head up already! What a cutie, he doesn't seem like he should be that big yet! Don't you just love when bigger siblings wanna take care of the little ones?!

I'm exited for you and your new house!!!!
I wish I had a brand new house again!! good luck with the move, hope you don't get to stressed out!

this post makes me want to come up early...im talking to justy

Oh he is so gorgeous, I want one.

Hey, thanks everyone. We're excited for the house and I do love these boy's gutts! I've gotsta get pics of my older 2 someday! Maybe tomarrow!!!

Wow your little guy is so cute he is growing up so fast along with that cute little Boston. Enjoy them while they are still little:)