Boston's group got to go swimming a few times as well. I'm assuming they put the life jacket on him because he's a wild child with no restrainst. I LOVE HIM! He LOVES the water. He completely wore himself out at Aspen Grove and slept for about 3 days straight afterwards. 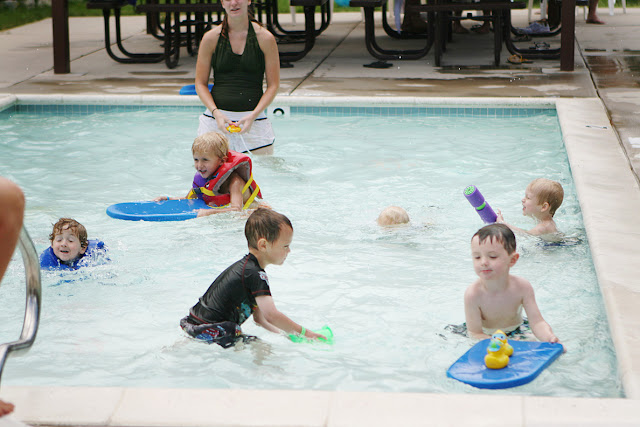 Ok, so I'm a bad wife. Jase did this awesome ropes coarse that I told him I'd do with him because for a breif moment it sounded fun...but then I didn't...and even worse, I stunk at taking pictures of him doing it because I wanted to go watch the boys swim. So here's an out of focus shot of him climbing the rock wall that comes after the big pole he climbed and before the high ropes. He's awesome. I bet if it were timed, he would have been the winner....of coarse, half monkey, so that's a disqualification in most things. 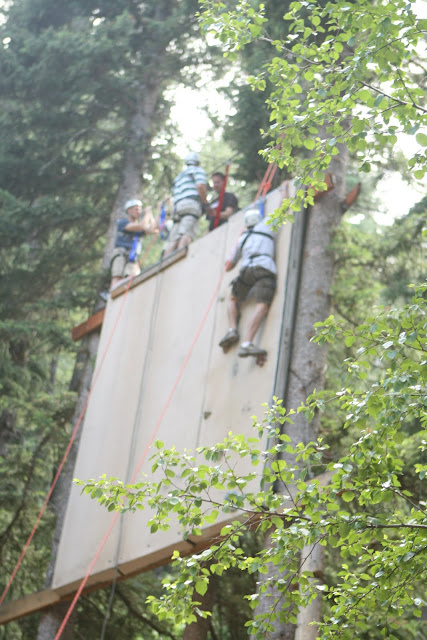 And my awesome part monkey boy getting ready for his turn on the rock wall....and only a couple brief moments later..... 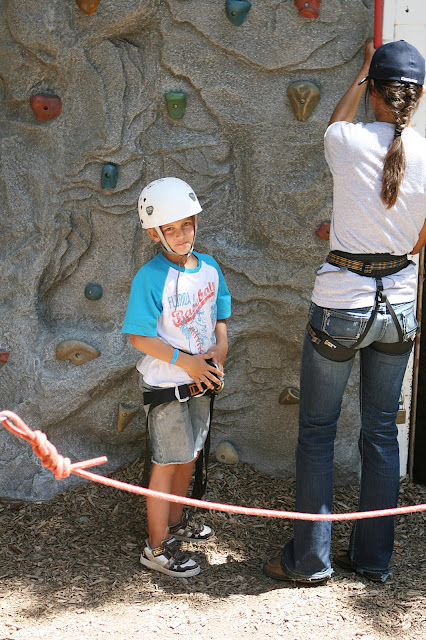 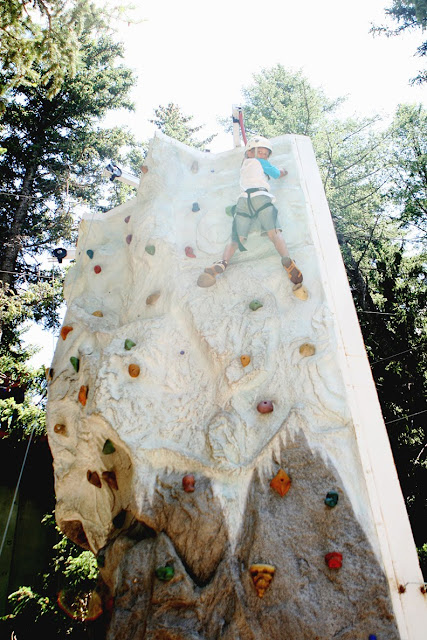 On one of the other days they had sword fighting...anytime he'd get out he'd get RIGHT back in line...he did it a million times...probably because he's soo good at it. Notice the kid he's fighting on the right...his punk dad came and got jaden out...LOSER! 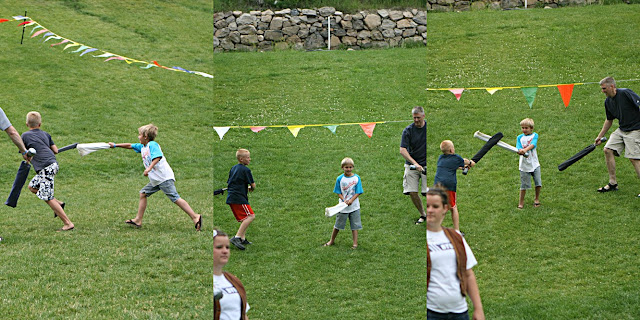