Out East with my bookends

Jaden, Truman and myself were able to go out and visit the Jones one last time before they moved from Virginia.  I've been able to go out 3x before, but every time was in the winter, which is NOT the most lovely time to visit there.   So this June, I took my bookends out.  They both did so well on the plane.  Tru slept on all 4 flights...amazing the people around us.  Jaden brought his phone with games, and a movie, so he did great too.  I....I was a big squished and wishing I was a few inches shorter, but I survived.
We did a lot of awesome things out there.  Aunt Tamee kept Tru the first day so Jaden and I could tour the DC mall w/o stops.  We hit all of the museums and the archives. It was a lot of fun!  We did miss this cute face though..... 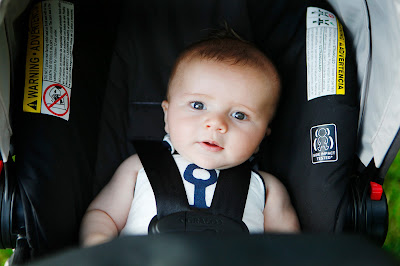 A couple of days later, we brought Tamee and Garrett (or they brought us) back to the mall to see the monuments.  This is Jaden and I with the Jefferson monument behind us. 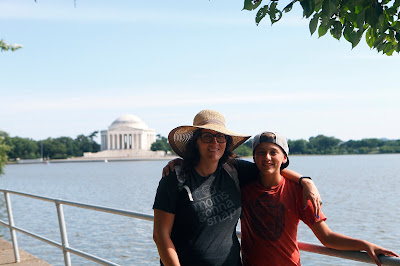 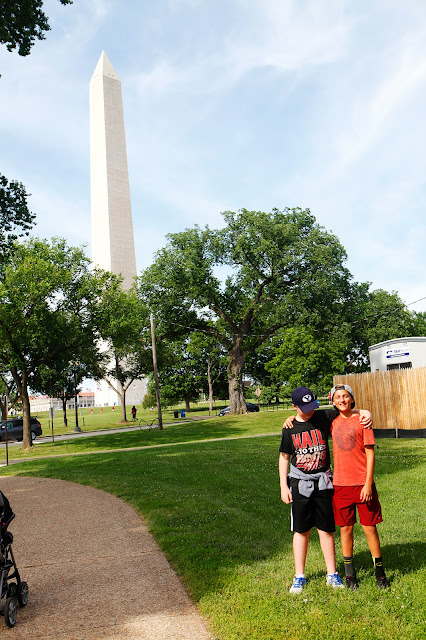 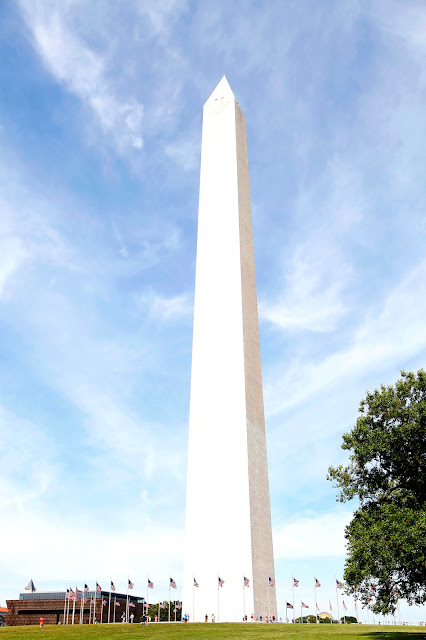 My strong 14 year old pushing the Washington monument back up. 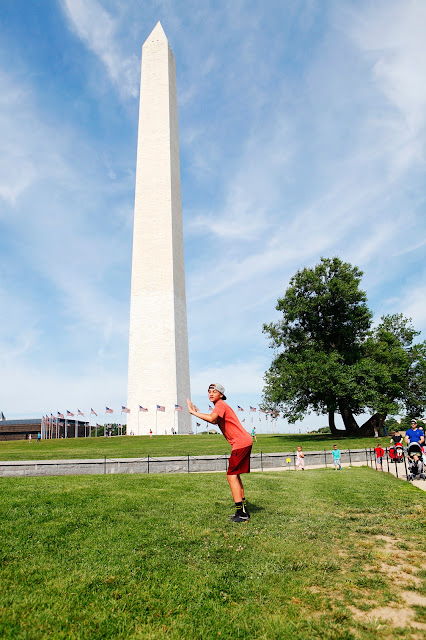 And yea, I took a few pictures in front of the white house.... 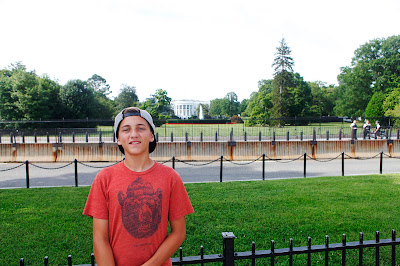 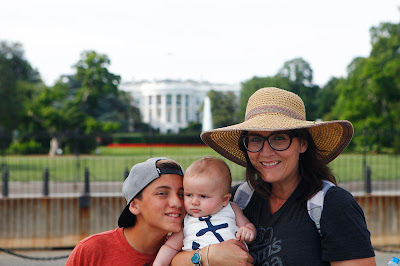 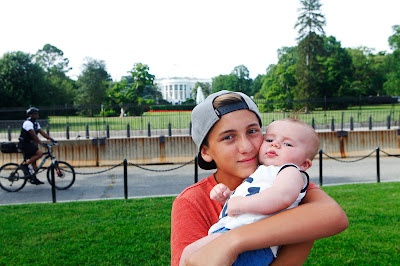 And my favorite, the Linconln monument.... 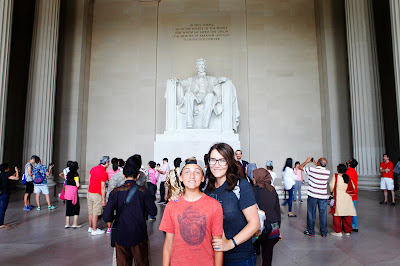 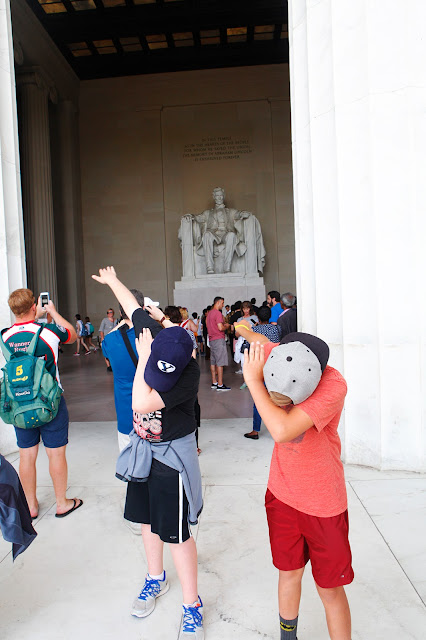 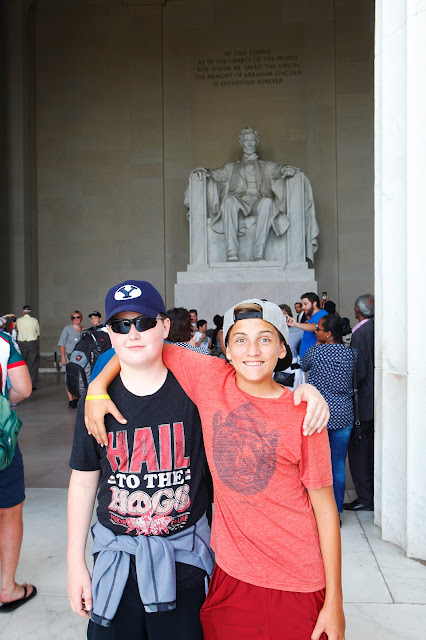 The reflection pool and washington monument behind us.  And Garrett, the baby lover, doin his job. 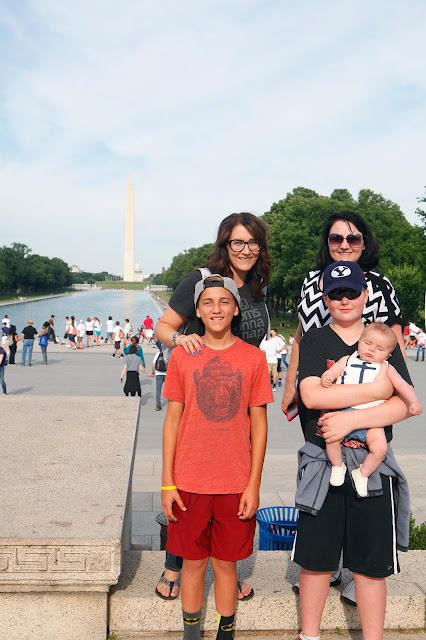 Sadly, Garrett had to leave us on Sunday to go to scout camp in Kansas.  These two had such a great time together.  They're both obnoxious and hilarious and great boys.  So glad they have each other as cousins. 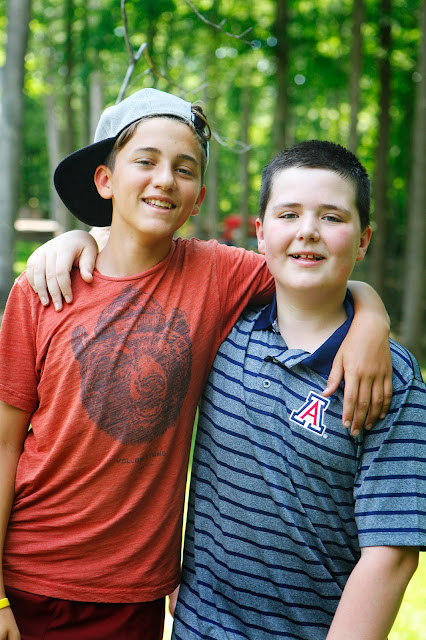 The last day there we went to the grand falls.  Its right between Virginia and Maryland, so Jaden could knock one more state off of his list this summer. 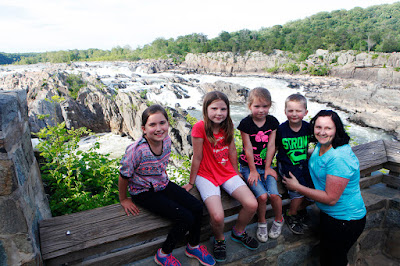 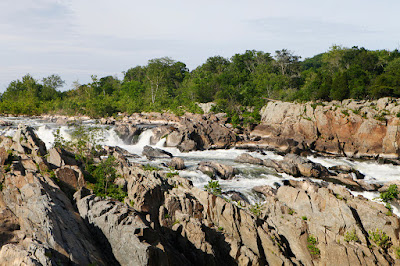 I have a lot more pictures, but I have to download them from my phone, so I'll leave you with one last picture, the only one we took at the Museum of Natural History....titty twister!!!! 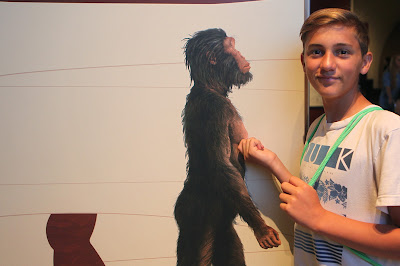 So awesome you got to go on this trip!

So awesome you got to go on this trip!