Ok, so Kamryn is almost half way to 16...that sucks! Seriously...look at her! She's practically ready to move out! ug! Anyway, I wanted to do a shoot with her, and she wanted to wear this shirt, and it was too cold to go anywhere but our backyard, so the colors are pretty blah, but I think her sassy attitude and great hair make up for it. She's freaking hilarious! A few facts about Kam you ask?
1. She pretty much gets 100% on all of her papers.
2. She loves to read.
3. She loves to color more than she loves to read.
4. She loves sugar more than reading and coloring put together
5. She cuts her hair every year and suffers immensely for it, but stilll gives it a shot each year.
6. She loves to bake
7. She slams the door at least 2 times when she's mad.
8. SHe is STILL the best chicken catcher.
9. She's already been called sexy by the boys in her class...ugh!
10. She's the best sister the boys could ever have! /> 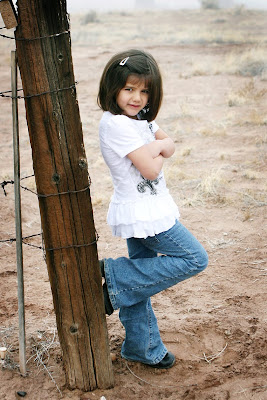 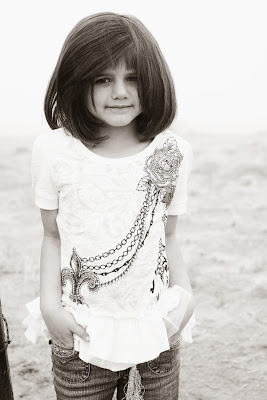 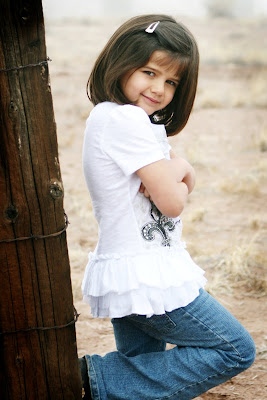 Ah, and on to my naughty 3 year old. He is still the raddest kid ever! He wakes up from nap and goes to the ottoman for the 2nd half.
Yesterday we went to Alco, and Jase was supposed to be keeping an eye on him (haha) and I spoted Jase in the back of the store...Bostonless. So we both freaked and started frantically looking for him, then I heard the saddest, highest pitched crying in the front of the store...luckily I had on my Nike's and I RAN to the front of the store and followed the crying to the middle of one of the clothing racks where he wrapped himself in a jacket and was crying. Saddest thing ever! Thank goodness it was tiny little Alco instead of big ole walmart or something. But I told him to never leave mom or dad again, and through his sad, dirty, pizza sauced tears he said, "otay". Mmm, I love him! 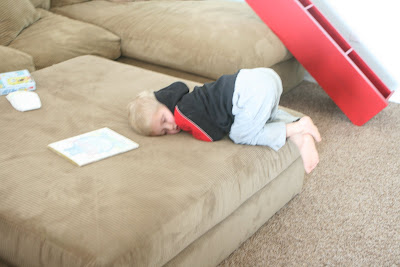 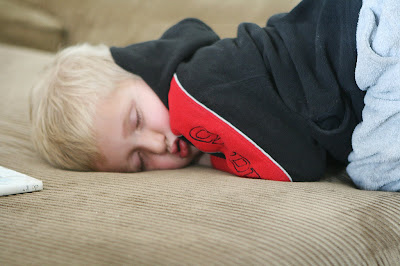 Ah, and on to our family night of bowling. Justy, Lissy and the 6 of us went bowling at Holbrook last night. Good times. Of coarse I won (haha, amazing since I suck!) but the kids were soo fun to watch. Boston liked to use the little ramp thing...and bumpers, but the second he pushed the ball down he'd turn away and start watching the neighboring bowlers. He's not very intense about his bowling yet. 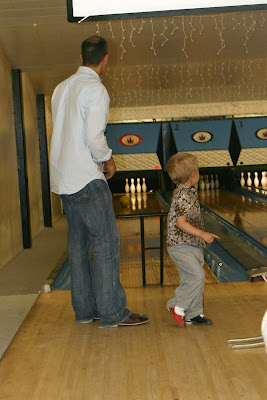 Kam on the other hand was pretty intense about getting the ball down the alley, but then.... 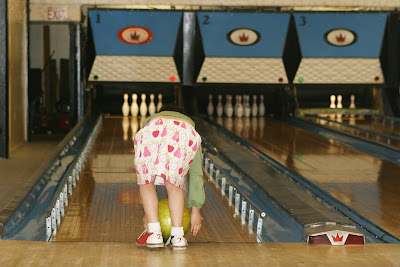 she would quickly turn around and act like she didn't care...which is EXACTLY how I used to bowl until a few years ago. 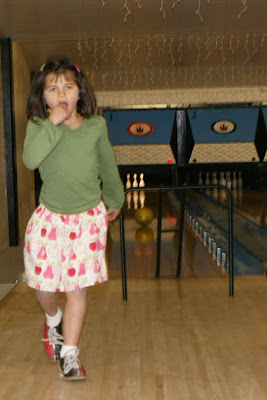 And Jaden...ugh! I'm soo mad I didnt' get any pictures of him! He's a great bowler. Got a few spares, didnt use the ramp and even put a spin on it. He's killer!
WE had to get a picture of our "special" bowling shoes. Seriously? Yea, everyone else got cool killer bowling shoes...we got "special" shoes with bowling pads attached to the bottoms...blah. I was really annoyed when I got them, but then when Lissy got them too, it was all good. Plus I got first, she got 2nd, the boys were way behind us, so must have been the shoes. 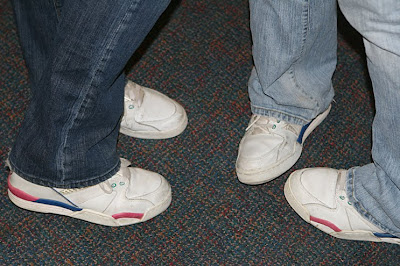 Kristal said...
This comment has been removed by the author.
Saturday, February 06, 2010

Oh my goodness, what a little beauty she is, I love her little attitude, she reminds me of Kenzie with how sassy she can be. Poor little Boston getting lost, what a nightmare for him. Bowling looked like a lot of fun!

wow she is hot stuff already! the hair, the poses.. You are gonna have some FUN teen years... :)

she is gorgeous! love her full hair. and the attitude.. she is a woman after my own heart (: