Friday night Jase took the younger 3 boys camping and Jaden and Kamryn went to the football game, so Vivian and I decided to have a girls night in.  We had already made 100 cinnamon rolls that day for a church event. So we cleaned up from that..... 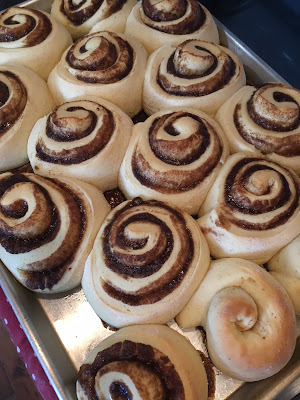 Lit a candle, whipped out a box of M&M's and watched "nailed it" on Netflix, which is Viv's favorite. 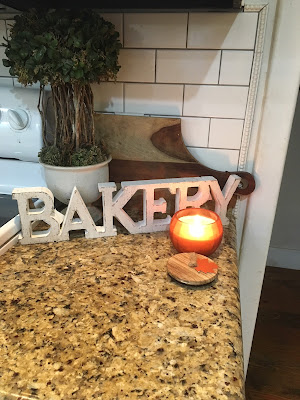 Then she decided that we need to put on face masks....but that feeling left her after having them on for about a minute and they started to tighten.  She said they're too itchy!!  So we took them off. 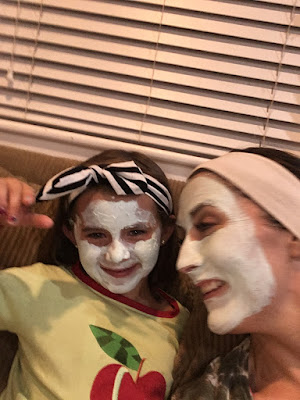 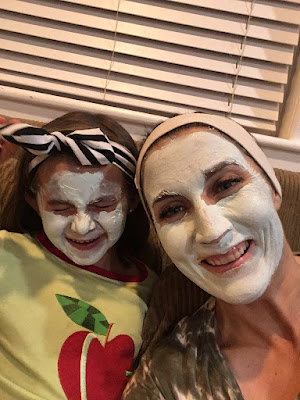 Then she wanted to take daddy's spot in my bed so we laid down and started the greatest showman and she was out after the first 10 minutes....just like daddy. 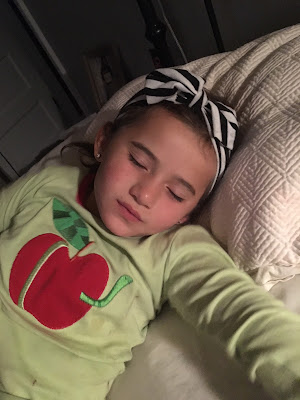 Lately I've been hugging my kids A LOT.  I can't believe we're hitting the stage where they start leaving already.  They're my favorite and I want them to stay with me forever!!!! I'm just going to keep praying that most of them marry locals that want to live here!!!!
Posted by kristal at 4:41 PM