Baby Truman is finally here!!! Seriously, longest, most anxiety/trial filled pregnancy ever!  I'm SO glad it's over, and even MORE glad that he's healthy...and adorable, and easy and yummy and under 10 pounds!  He's a dream!  So here are a few pictures from the hospital...unedited, and undieted. 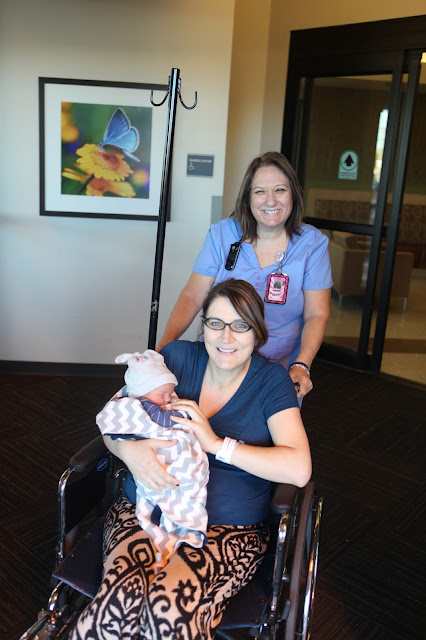 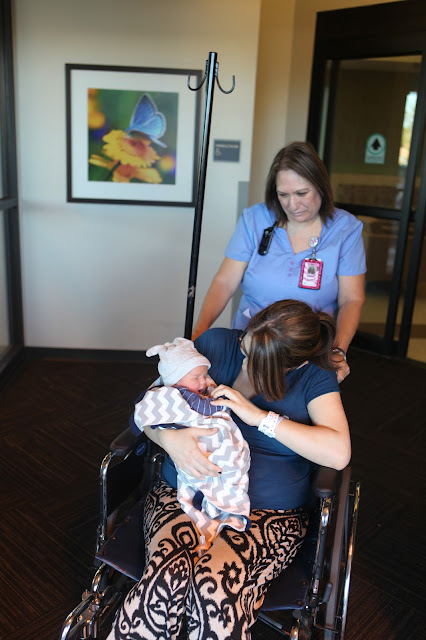 The day before induction I lost my plug, and had contractions starting around 2:30 am, so I hoped that meant the induction would go well and not end up in a C section.  I checked into the hospital around 8am, got a ridiculous nurse...who had been working at banner for 35 years, but all of us that were in the room with her were amazed that she's worked anywhere...ever. She needed help with all of the monitoring, as if she'd never done it before, she was INCREDIBLY rough with her vag checks, and even more rough with her needle pokes.  I'm still a black and blue mess over a week later.  I've never had someone hurt me so badly in a hospital.  She burst a couple of veins, before calling in the guy that does that for the whole hospital, who took one poke, painless and perfect! She also spilled my jello all over the room and left it for 3 hours before smearing it around and leaving most of it there.  So we got a new nurse...who was great!  She started me on pit around 10am, and no one chekced me after that for about 5 hours.....when Lindstrom was there...and broke my water.  He said I was only at a 5...but within 20 minutes, I felt the urge to push and told them to get him back in there!  And sure enough, he threw on his gloves and gown, and we told him I didn't want to push, and we didn't want him to pull, so we kinda just let Tru work his way down.  I could feel his head crowining when Linstrom said, "wow, that's a good sized head".  Which freaked me out (boston all over...tear from here to there for months), but luckily, it was jut a perfectly round hairy head only 15.5".  I did have to do a couple of pushes to get his shoulder out after his cute head was out, but it was really a dream birth.  Just what I had hoped for.
Grandma Hatch always gives my babies their first baths, so she came over yesterday and bathed him. He of course, loved it....it looks like he's glaring at her in these pictures, but he's not...he just has my face...that looks like  a glare most of the time.  He was in heaven. 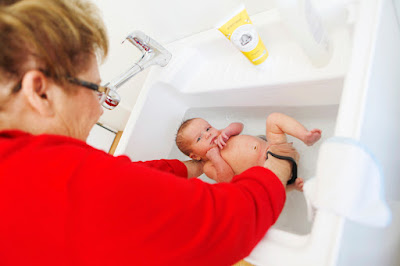 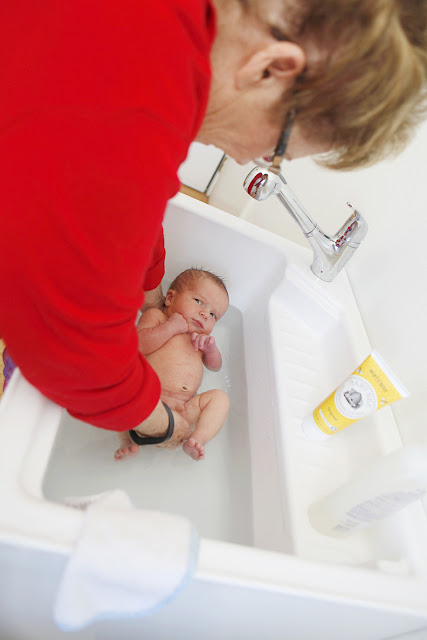 And of course, I just take about 30 pictures of him a day...here's a random pictures of day 4. 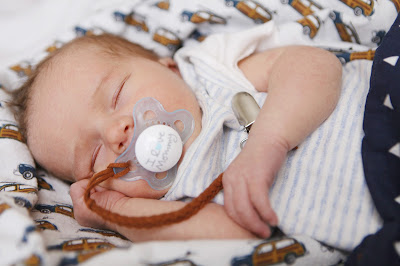 And today, he was just too cute on the quilt I made him so I had to snap a few.  Mmm, I can't stand how cute he is!!!!!!  Seriously, he sleeps about 3 hours in a row all night until about 6 when everyone gets up, then he's awake and alert for a couple of hours, then sleeps til the evening when he has a few more awake and alert hours.  I know that's custom to change at any second, but I'm ok with that schedule for a bit. 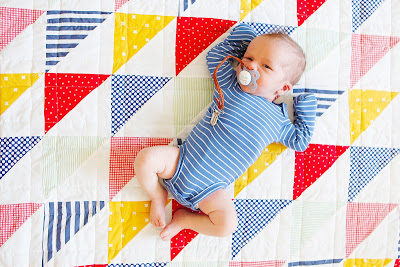 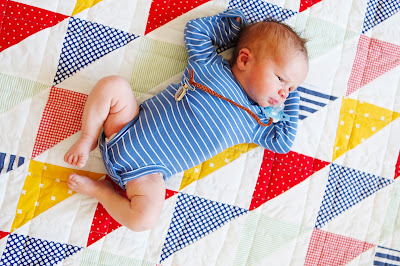 He is such a dream! So glad that after such a challenging pregnancy you had such a good birth experience. Congratulations!!