I can't believe Boss has been around here for 7 years.  Seven freaking awesome years!  This kid makes me so happy every single day.  So of coarse, he had a few parties.  On his actual birthday we were out of town, so the day before his birthday we set up his bike, decorated the house with the usual streamers and banners and let him pick out breakfast (biscuits and gravy), then we took him out for lunch/movie with Pearce to the Croods and Firehouse.   The following Tuesday we took him for his free meal at Texas Roadhouse, where he rode the bull.  This last Thursday, his teacher had marked as his birthday, so we brought in donuts and they sang to him and gave him the birthday pen and bounce U certificate...then yesterday, we had the party with the friends. I'm So glad one of my boys finally chose to do a superhero party.  It was so much fun! I made capes and masks for all of them, and we  had a super hero scavenger hunt which lead them to the chest freezer in the garage that had a bunch of different kinds of ice cream in it (per request birthday boy).  Here are a few shots of him and his friends.... 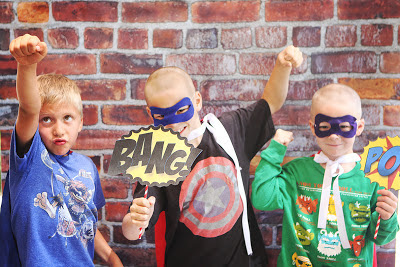 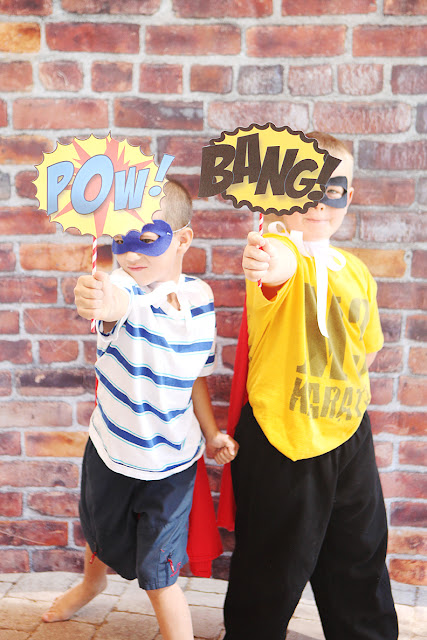 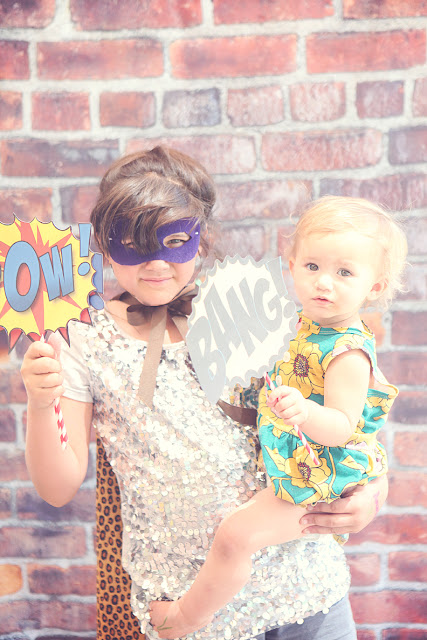 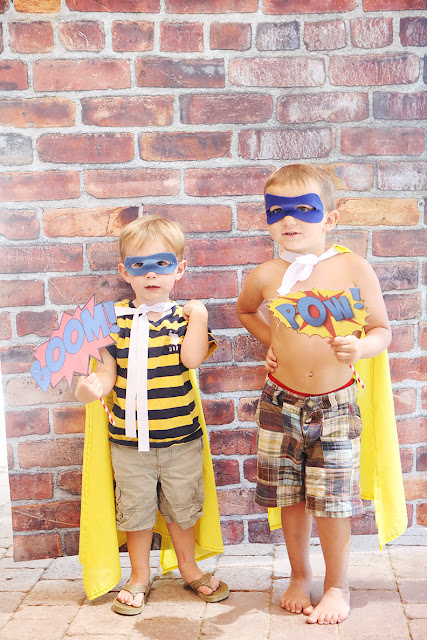 And the spotlight was on the awesome huge cake!  Jase has a patient that makes amazing cakes so we trade off with her and she made the most awesome perfect cake ever!!!! Boston LOVED IT!  He picked it out off of Pinterst and she made it perfectly.  It's huge though, so I think we'll have to have a few more superhero parties this year. 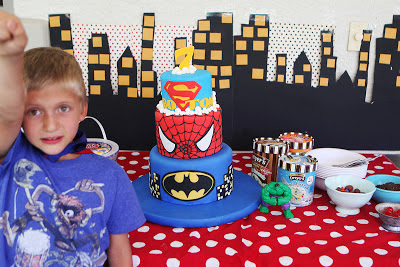 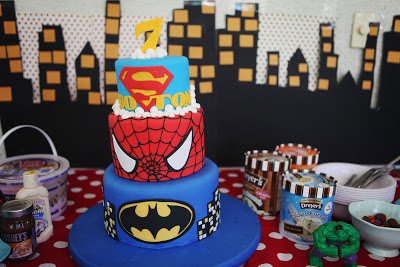 Boss wanted a shot with mini Superman on top...I really do think it added a lot to the scene. 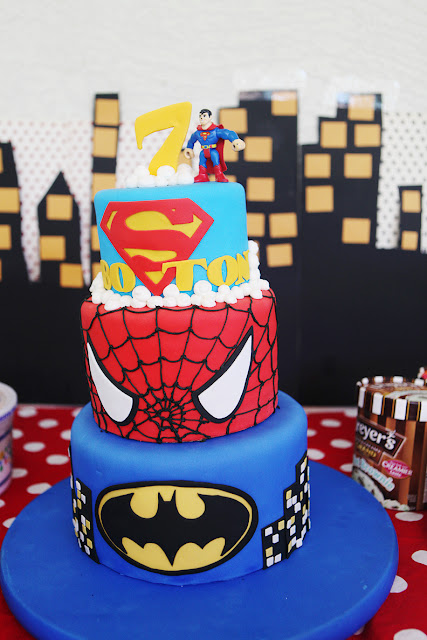 Then we loaded the kids up on tons and tons of ice cream, cake and toppings.... 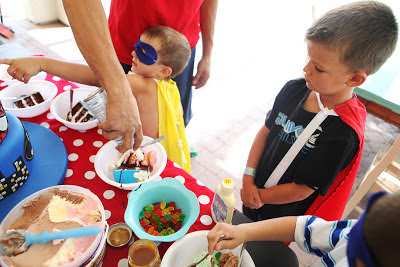 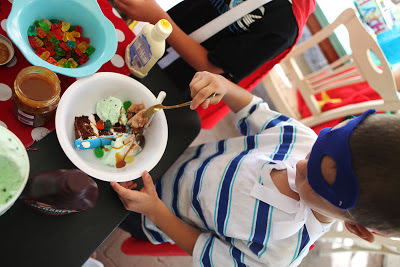 and of coarse, opened presents.  Stratton gave Boss some cool water toys which the boys played with right away. 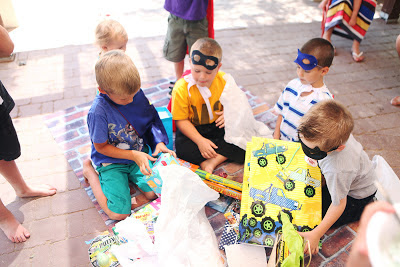 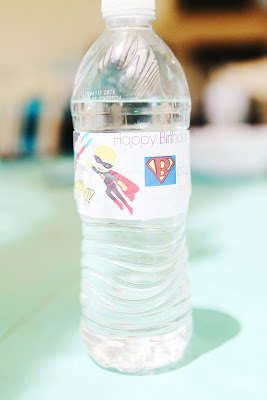 7. I love how he dances when the spot light is on him.  he does this goofy dance with his feet and arms and always looks up and smiles.  He's the coolest.

6. I love that he feels badly right away when he hurts someone.  That's a rare quality in a little boy.

4. I love how much of a helper he is.  His teacher was telling me this last week that that's her favorite thing about him too.  he always jumps in and helps her without her even asking.

3. I love his smile.  Not a soul can resist smiling when Boss smiles at them!  i've had so many people tell me that they just love to see Boston's smile.

2. I love how much he loves his family.  He is always trying to make sure that everyone in the house is happy.  He always shares whatever he has, and he always tries to figure out problems between others so that they'll be happy.

1. My very favorite thing about 7 year old Boston is that he starts each morning with a hug, "our morning hug", ends each day with a hug, "nighttime hug" and sometimes I get one in the middle "just because hug".   He's such a sweet little guy! I love his 7 year old GUTS!!!!!!